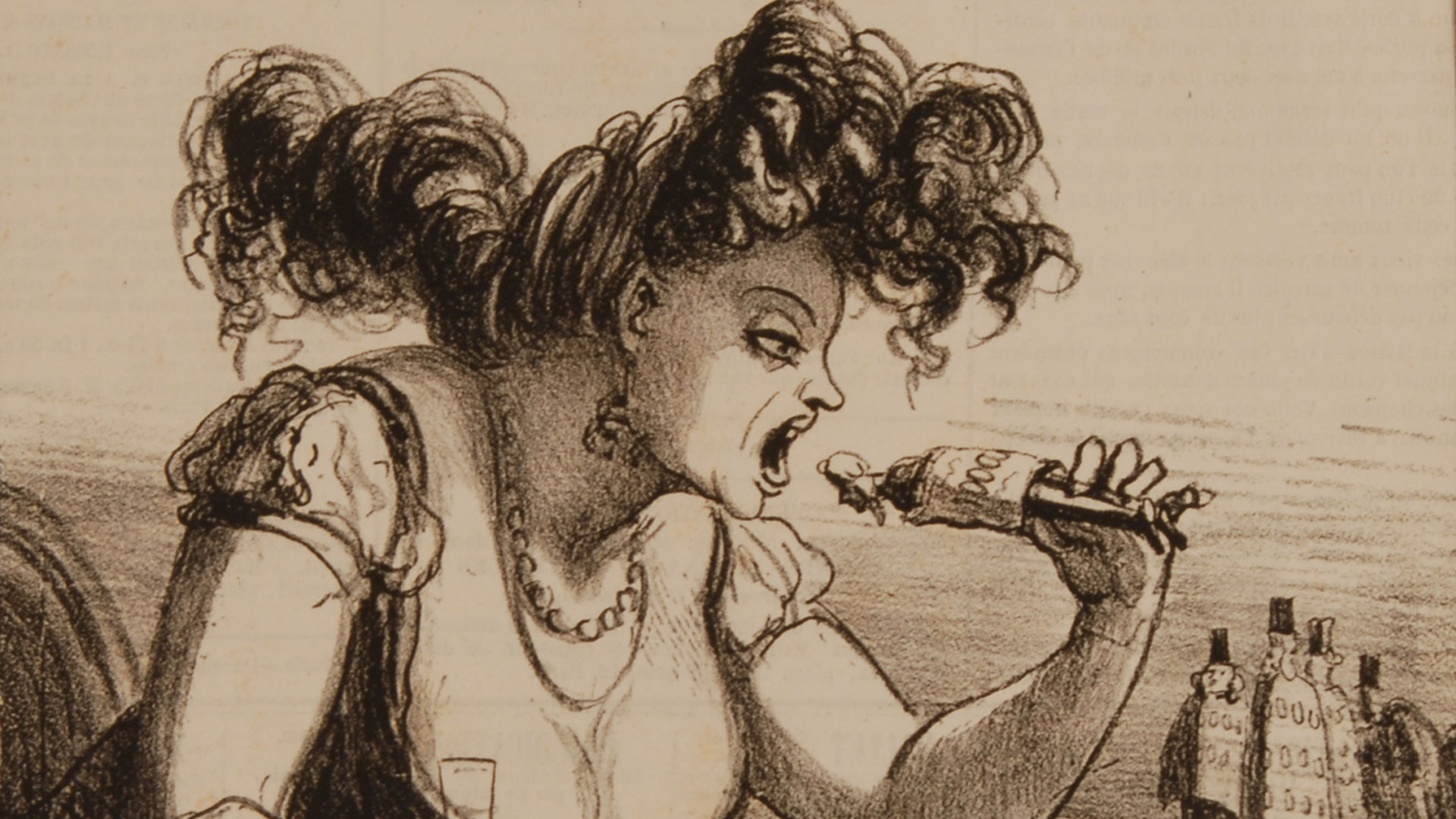 
Honoré Daumier (1808−1879) was a French painter and graphic artist who was deeply engaged in the political and social events of his time. Equipped with a sharp eye and a biting sense of humor, he captured the most subtle nuances of human expression and gesture and recorded them on stone from memory for newspaper publications. During fifty years of artistic activity he created some 4,000 lithographs, thousands of watercolor paintings, oil paintings, and woodcuts, as well as several dozen sculptures. The sole focus of his incredibly prolific oeuvre was humankind: Daumier never tired of portraying human beings in all their wondrous variety, their inclinations, preoccupations, and activities.

An artist’s artist, he was greatly admired by his colleagues. Although his contemporaries regarded him only as a caricaturist, Daumier was also a courageous revolutionary who fought for his beliefs and took an active part in the struggle to shape the regime under which he lived. His lithographs reflect the great political, social, and economic upheavals that beset France in the mid-19th-century. He was blessed with the ability to expose human virtues and flaws alike and to express the immutable attributes of humankind that transcend changes of regime, fashion, and custom. Like his Realist colleagues, he believed in portraying life as it is and devoted numerous works to the subjects of social deprivation and class inequality. These abilities are the secret of the power of his work and the reason why it still entertains and beguiles even those with no connection to France or its history over 150 years ago.

Culled from the Museum’s collection of prints, this exhibition displays the wide range of topics that preoccupied the artist. For reasons of preservation, the prints can only be exhibited for a short period; they will be replaced in a few months’ time, and those who pay a repeat visit to the exhibition will be rewarded with a fresh selection of works next time.