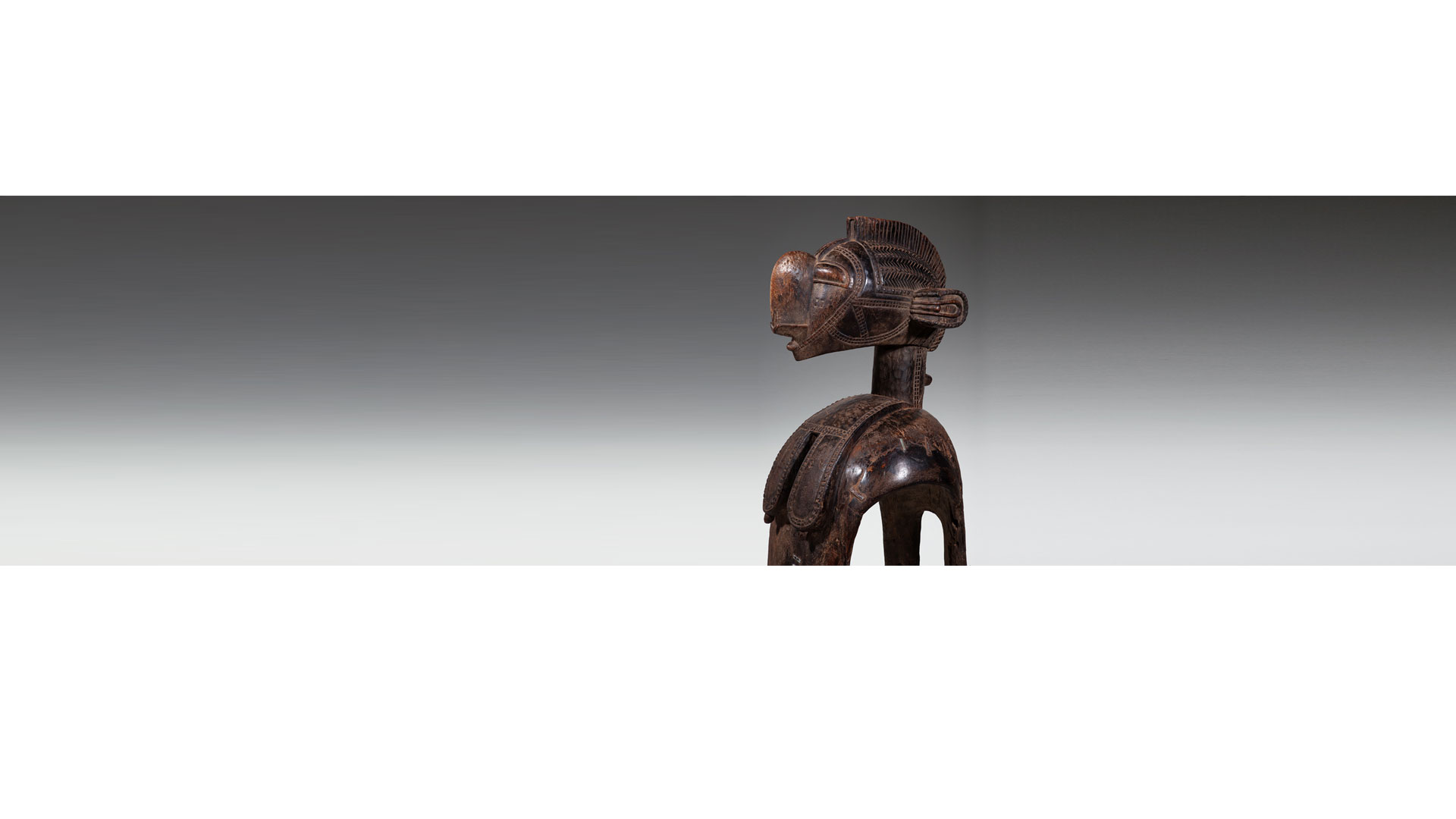 Baga Art and the Great Mother

Appreciated for their sophisticated beauty, sculptures created by the Baga were collected and displayed in Europe, where they inspired such artists as Matisse and Picasso. This people has lived on the West African Guinea coast since the 14th century, subject to attacks, French colonial rule, and after 1958 domination by a Muslim Marxist regime that banned their religion and destroyed their ritual art. Though most of the Baga converted to Islam, many preserved their animist practices. Since 1984, under a less hostile regime, their art has become recognized as folklore. Collector Michael Weiss spent a decade seeking out traditional Baga art; the exhibition tells the story of his search, of the people he encountered, and of Baga culture. Supplemented by objects in the Museum’s holdings, the exhibition presents loans from the Weiss collection, including examples of the famous Nimba mask representing the Great Mother.

Other exhibitions in
Africa and Oceania