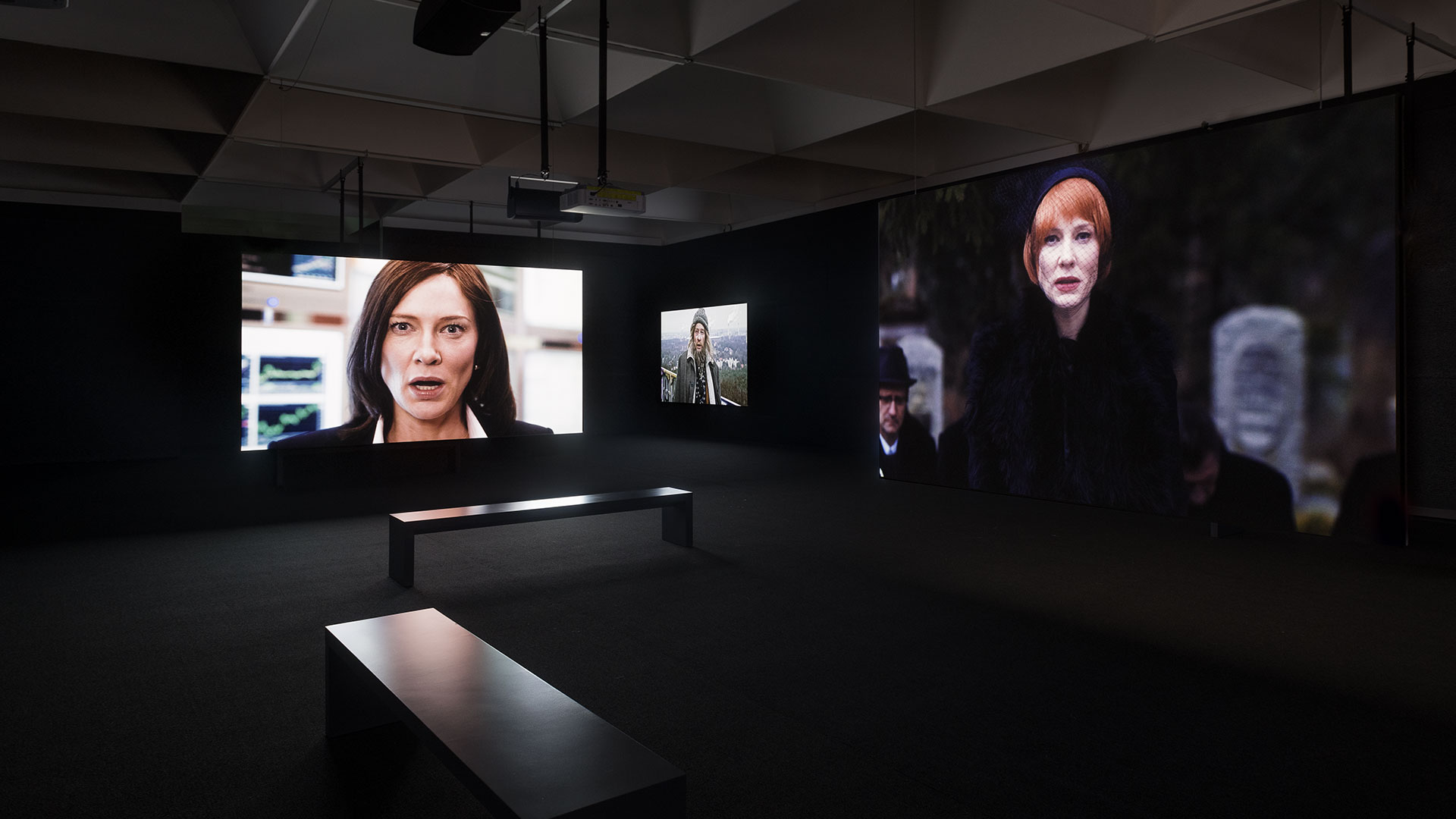 A tour-de-force multi-screen film installation, Manifesto draws on the somewhat anachronistic literary form of manifestos – declarations of belief usually combined with a call for action. Artist Julian Rosefeldt revisited dozens of 20th-century manifestos, examining their relevance and power today and blending foundational texts of art movements including Dada, Surrealism, and Futurism to create thirteen new texts written as monologues. Sole actor Cate Blanchett performs the monologues as different characters in diverse settings, among them: a homeless man, school teacher, factory worker, choreographer, newscaster, and widow at a funeral. In all cases, Rosefeldt has masterfully adapted the context to our own time, using thought-provoking and at times comic juxtapositions of text and speaker.

The installation has been presented to great acclaim worldwide in numerous solo exhibitions at the Hamburger Bahnhof in Berlin, the Park Avenue Armory in New York City, Ecole des Beaux Arts de Paris, Paris, and MAC Montréal. In its current iteration, it will be accompanied by the exhibition The Manifestos, showing original manifestos from the Israel Museum's collection.

MANIFESTO has been co-commissioned by the ACMI – Australian Centre for the Moving Image Melbourne, the Art Gallery of New South Wales Sydney, the Nationalgalerie – Staatliche Museen zu Berlin and the Sprengel Museum Hannover. The work is co-produced by the Burger Collection Hong Kong and the Ruhrtriennale. It was realized thanks to the generous support of the Medienboard Berlin-Brandenburg and in cooperation with Bayerischer Rundfunk.