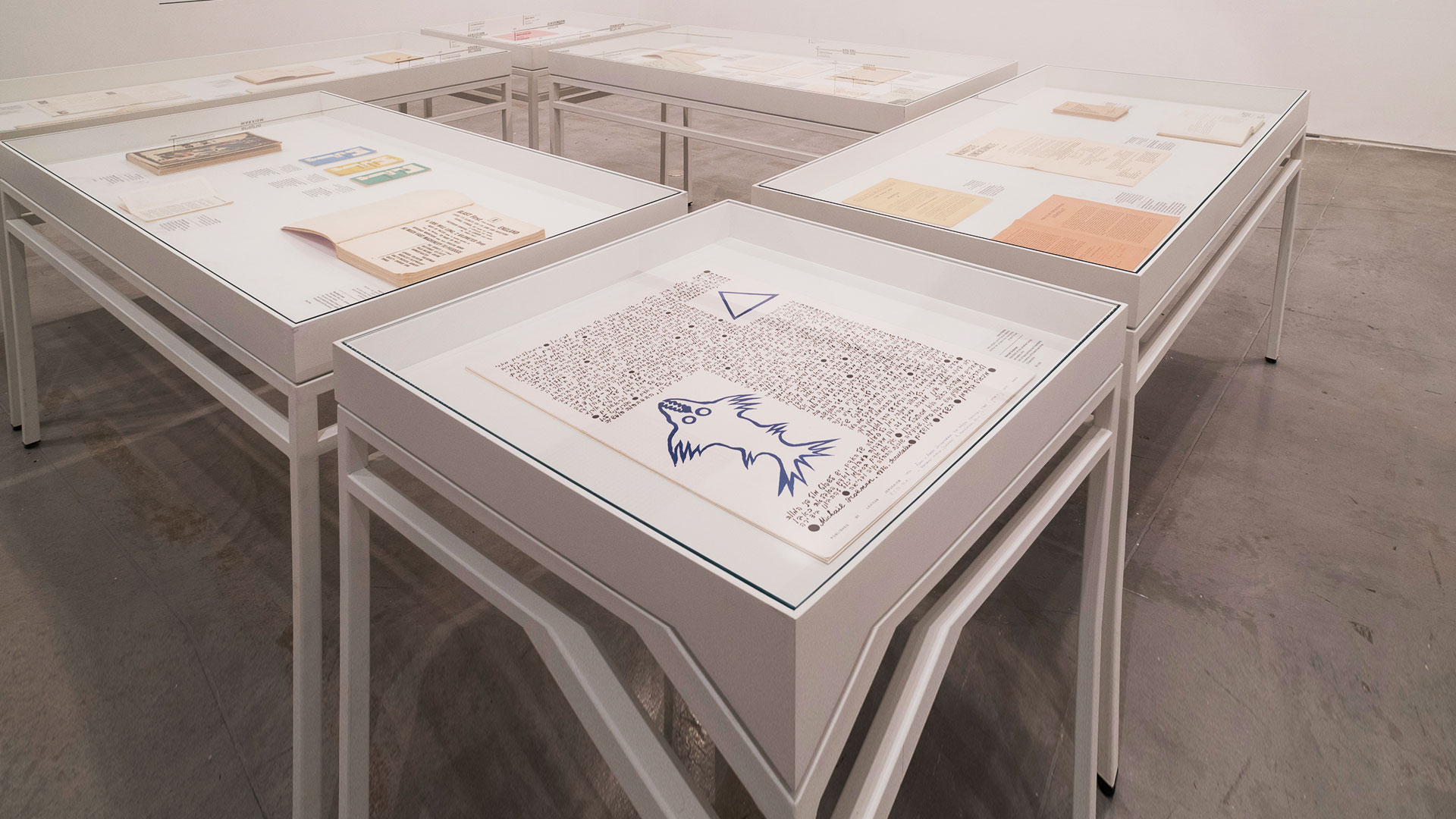 Aiming to shock and inspire, manifestos are the ideological proclamations of individuals, political bodies, or cultural movements. They reject the status quo and demand revolution and freedom of expression, often using galvanizing expressions like ”Down with...!” and ”Long live...!”

Manifestos played a pivotal role in modernist creativity during the three decades preceding World War II. This display presents original manifestos of some of the most important avant-garde movements, including Futurism, Vorticism, Dada, and Surrealism. Capturing the spirit of their time, they are part of a unique library assembled by the collector-scholar Arturo Schwarz – who was closely connected to Dada and Surrealist figures – and later gifted to the Israel Museum.

Artistic ”manifestoism” might be dated to February 1909, when the philosopher and poet F. T. Marinetti published ”The Foundation and Manifesto of Futurism,” first in Italian, and then in French on the front page of Le Figaro. ”Workers of the mind, unite!” he called out, mimicking Marx and Engels’ Communist Manifesto of 1848. This first proclamation triggered fifty more Futurist manifestos glorifying war, technology, and speed. Excerpts were published throughout Europe and beyond. For Marinetti, the successful manifesto was violent and precise, bombastic and witty. Futurism revolutionized earlier approaches to language and typography. Old rules of spelling, syntax, and punctuation were abandoned, and typefaces and mathematical symbols exploded on the page. On the stage, Futurism’s inflammatory rhetoric – ”words-in-freedom” – became a cross-disciplinary, multi-sensory performance.

This revolution stirred the Dadaists, whose anti-war, anti-art agenda was first proclaimed in the Cabaret Voltaire, in the shelter of Zurich, in 1916. Quickly spreading to Berlin, Hanover, Cologne, New York, and Paris, Dada produced not only performance but also (non-)artworks that combined collage, photomontage, and manifesto. In the 1920s, the Surrealist Manifestos written in Paris by André Breton advocated humor, freedom of imagination, and the supremacy of dreams. Drawing on Sigmund Freud’s psychoanalytic work, Surrealist artists and poets sought to release creativity lying dormant in the subconscious.

In these movements and their successors, social radicalism is intertwined with aesthetic revolt. The art they champion must have rigor, untamed energy, and a sense of style, like the manifesto itself. 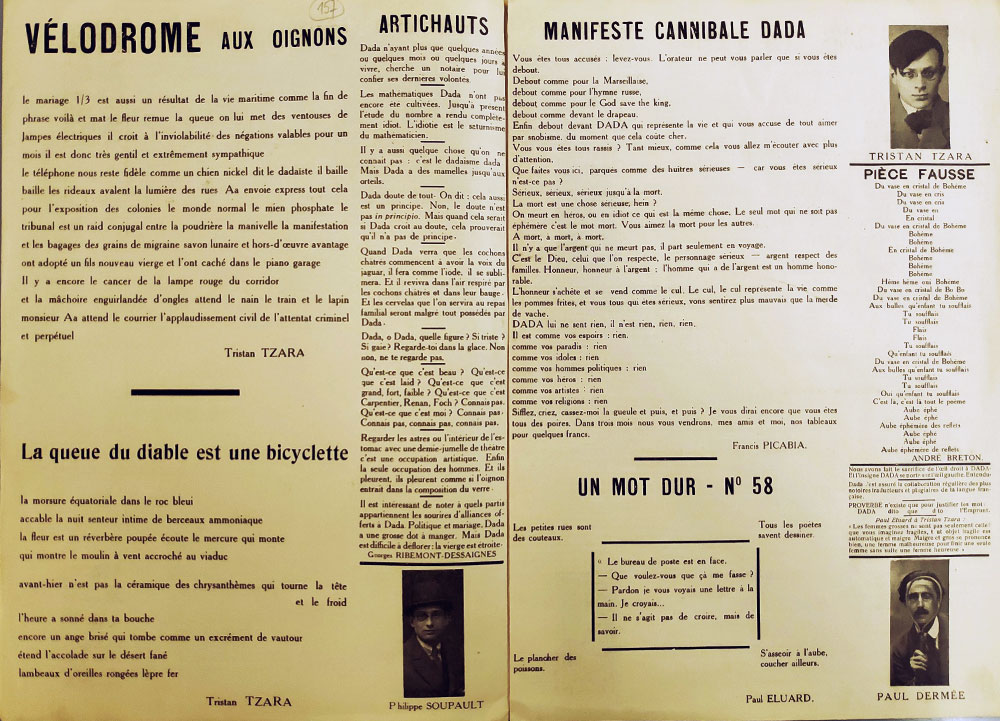 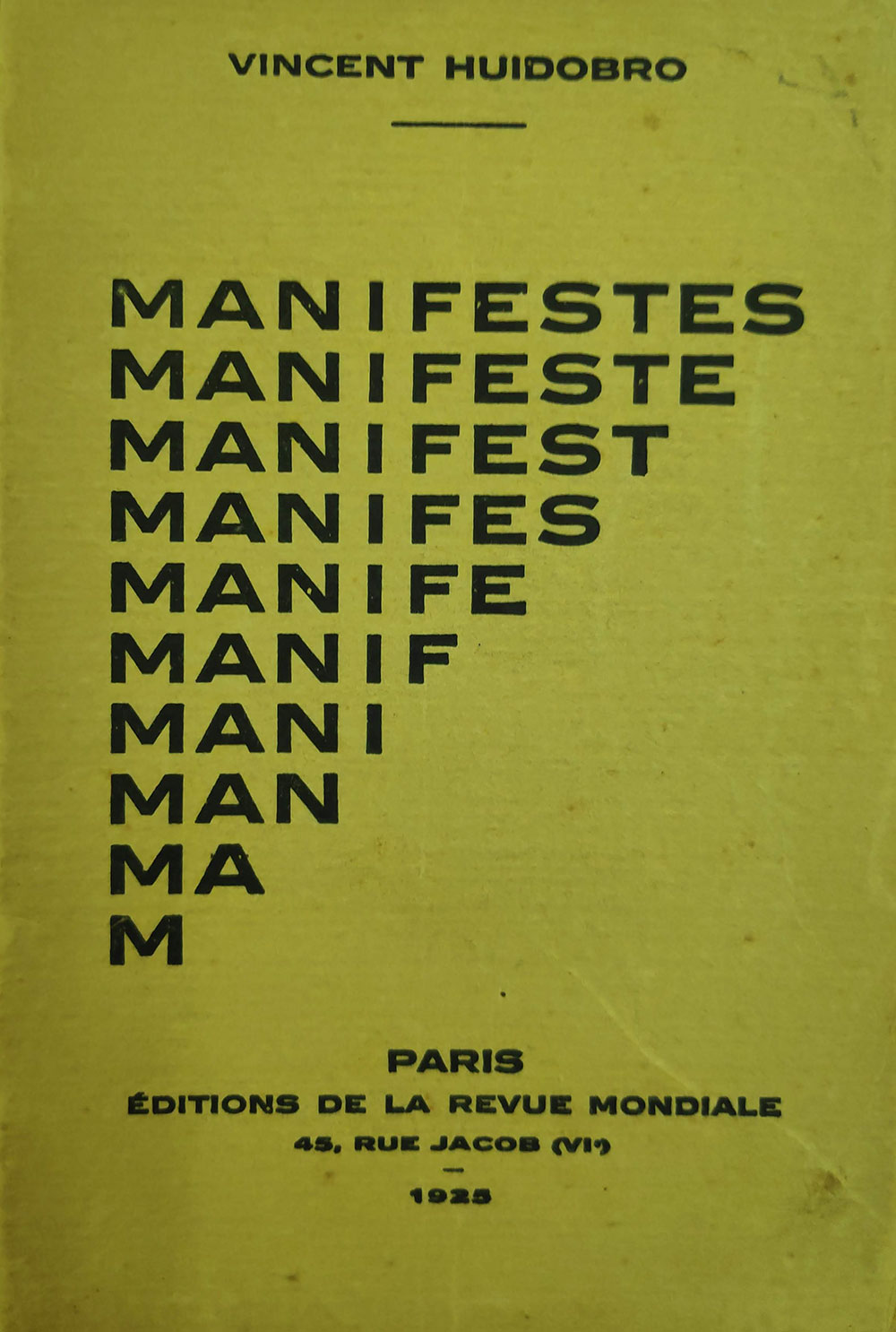 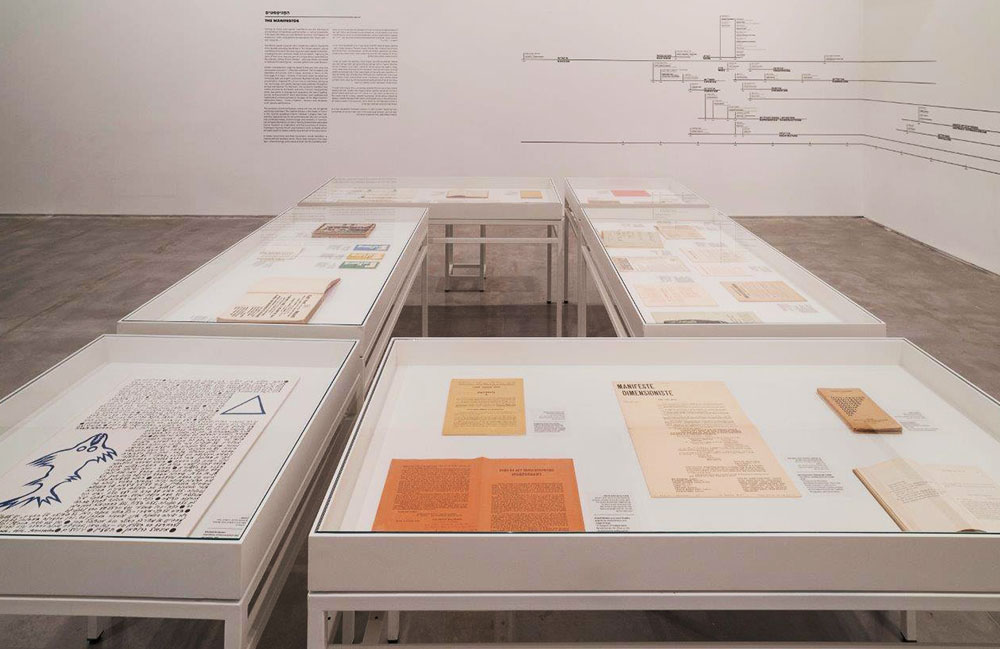