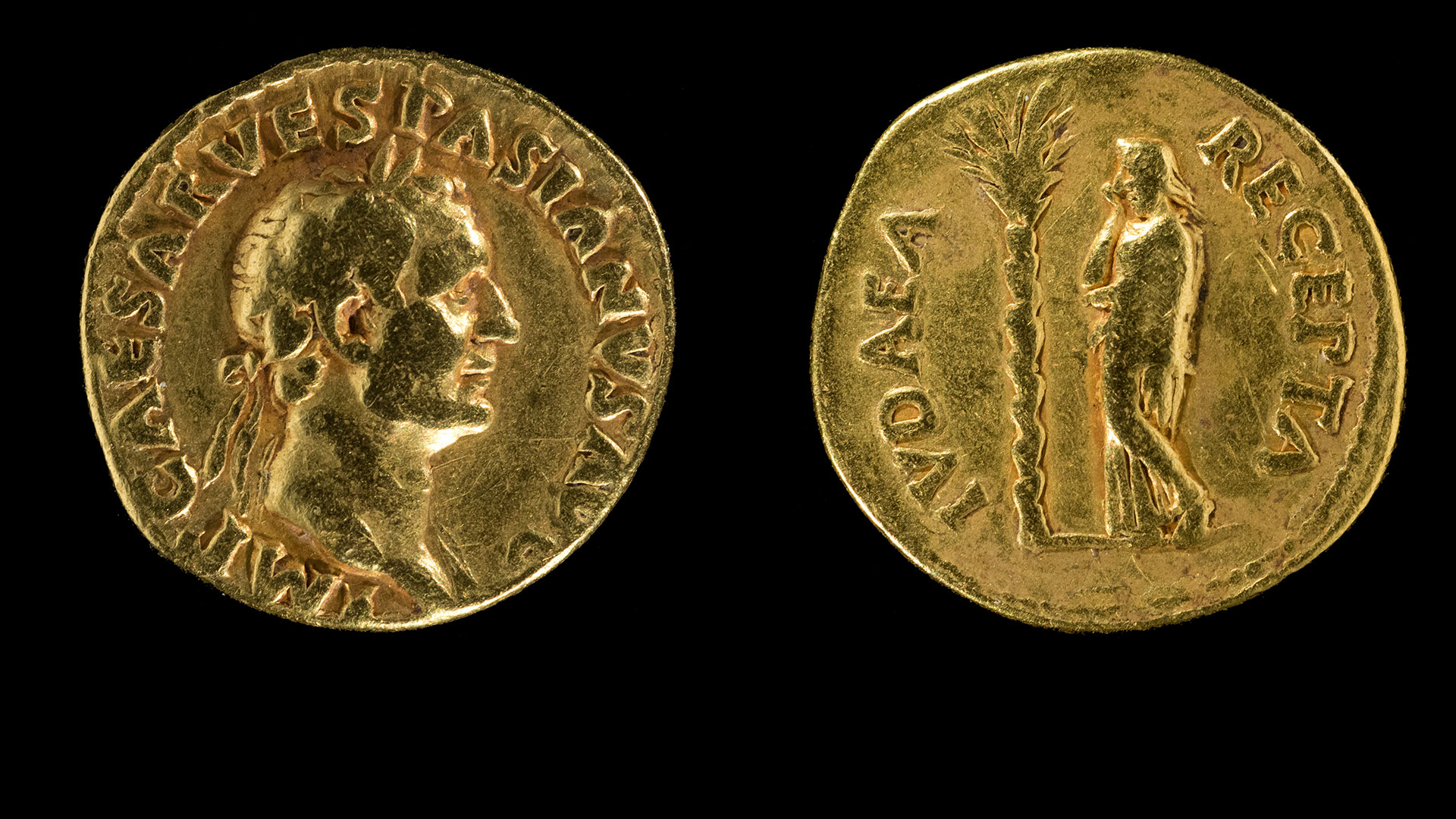 The debut presentation of a one-of-a-kind gold coin, bearing on the obverse a figure of Roman Emperor Vespasian and on the reverse the figure of a woman personifying the captive Judea, with the inscription “Judea Recaptured.” The message it conveyed was the re-subjugation of an old province, precisely what one would have expected after a revolt was put down. However, the gravity of the revolt, and the toll it had taken on Rome, led to its speedy replacement with the standard "Iudaea Capta" type associated with a brutal acquisition of a new territory. 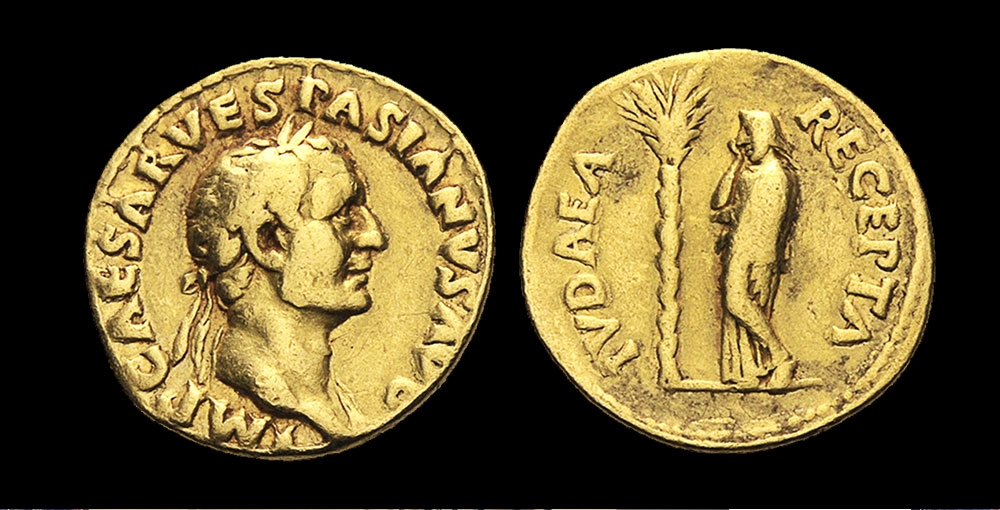