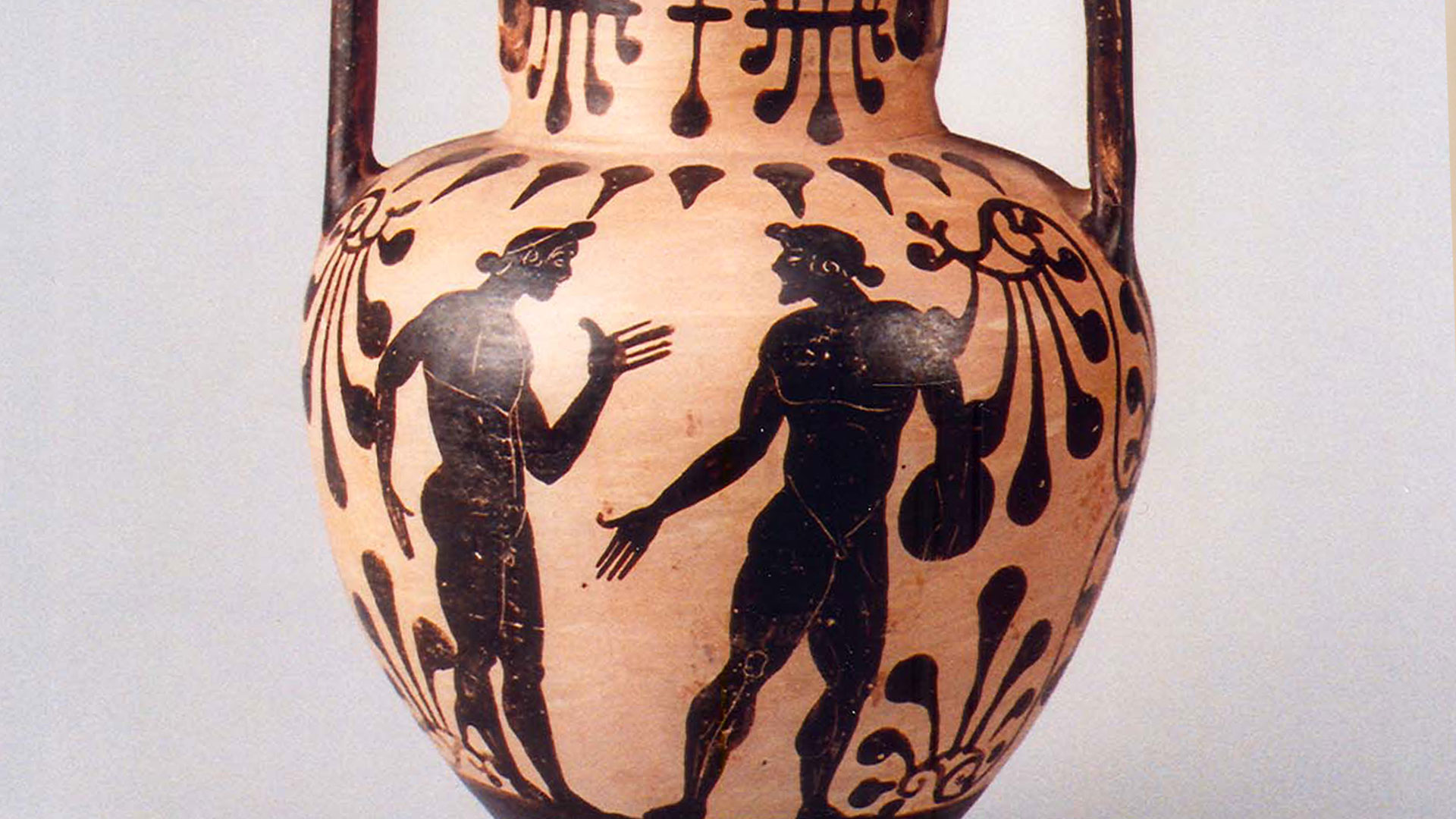 
This display of ancient Greek artifacts related to sports and the Olympic Games could not be more timely as we follow with bated breath the games currently taking place in Tokyo.

In ancient Greece, sports were of prime importance. Physical education and the cultivation of the body were seen as an integral part of arete – the quest for all-encompassing excellence. Moreover, athletic competitions were held in honor of the gods and were thus an essential component of religious festivals.

Towering over all the other competitions were the Olympic Games, held every four years in the city of Olympia between 776 BCE and 393 CE. They included boxing, horse races, and the pentathlon (Greek for “five competitions”): footrace, long jump, javelin and discus throwing, and wrestling. As the athletes – all men – competed in the nude, except for chariot races, they took extra good care of their body and covered it in oil. The winners were honored and celebrated, as well as receiving prizes such as wreaths of olive or laurel leaves and oil jars. Sometimes they even had statues made after them, and their names were entered in the city-state’s official records.

This special display features sculptures and pottery vessels adorned with beautiful depictions of athletes in action, as well as objects that were used by the athletes when competing: decorated oil jars, utensils for removing oil from the body, a victory coin, and an original, standard-weight bronze discus. 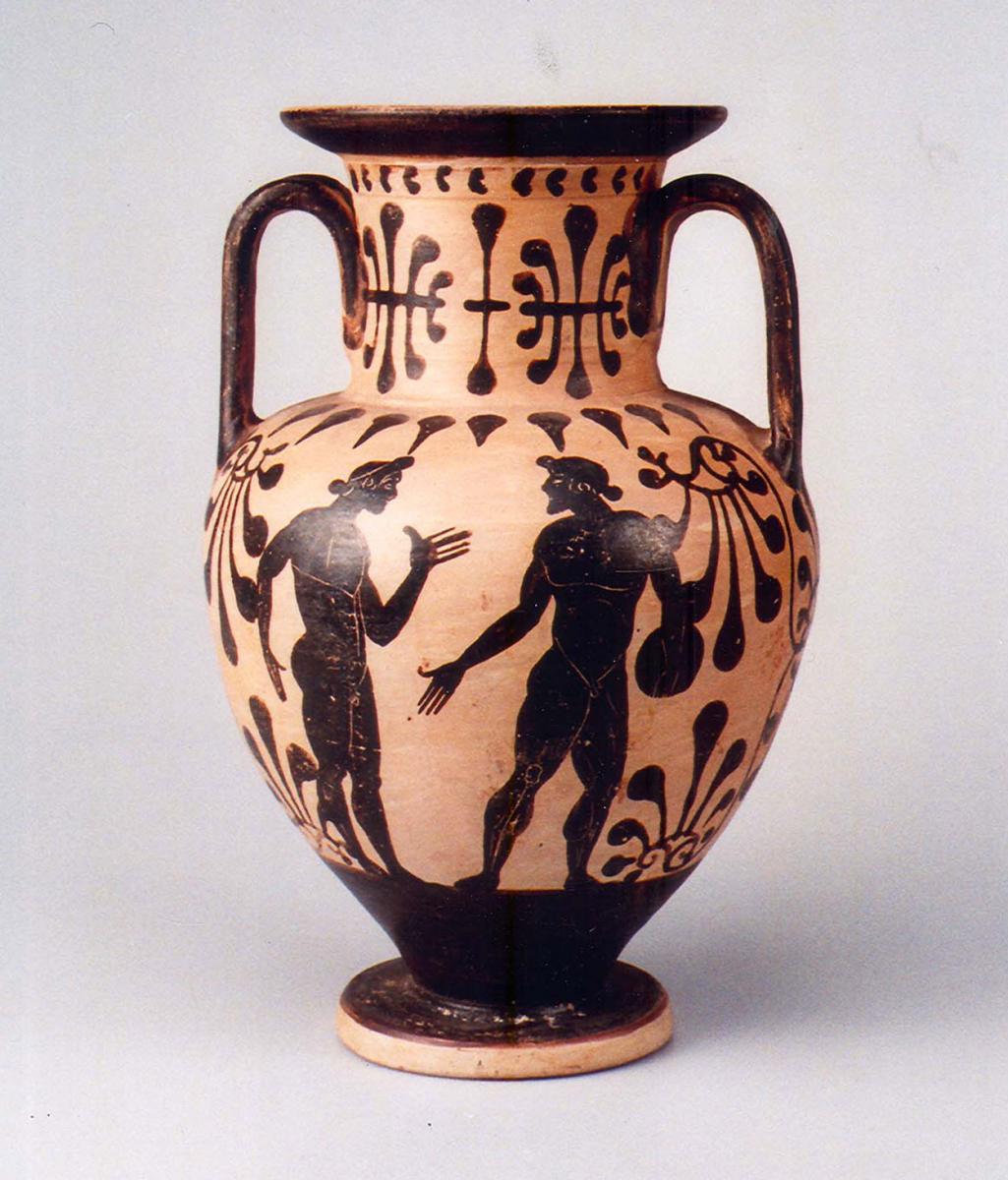 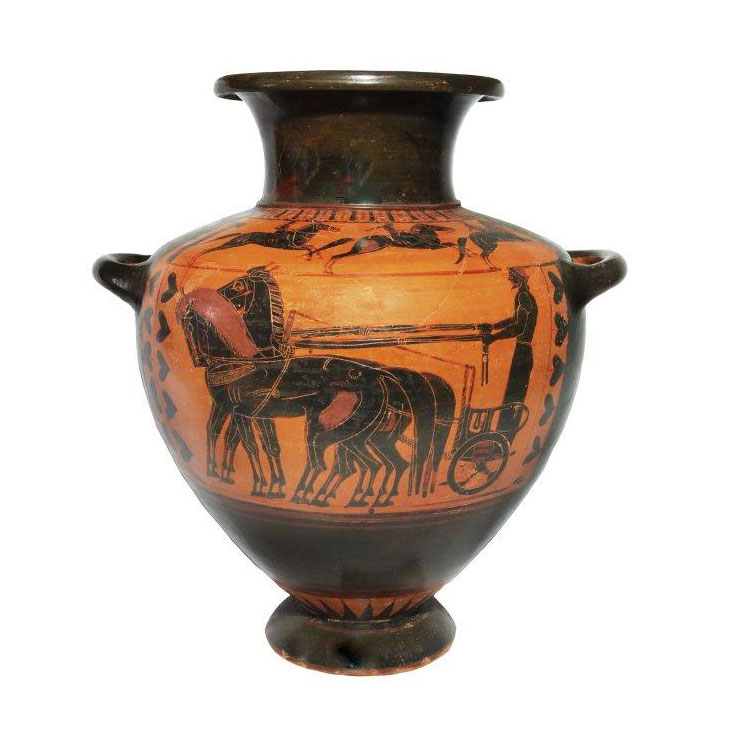 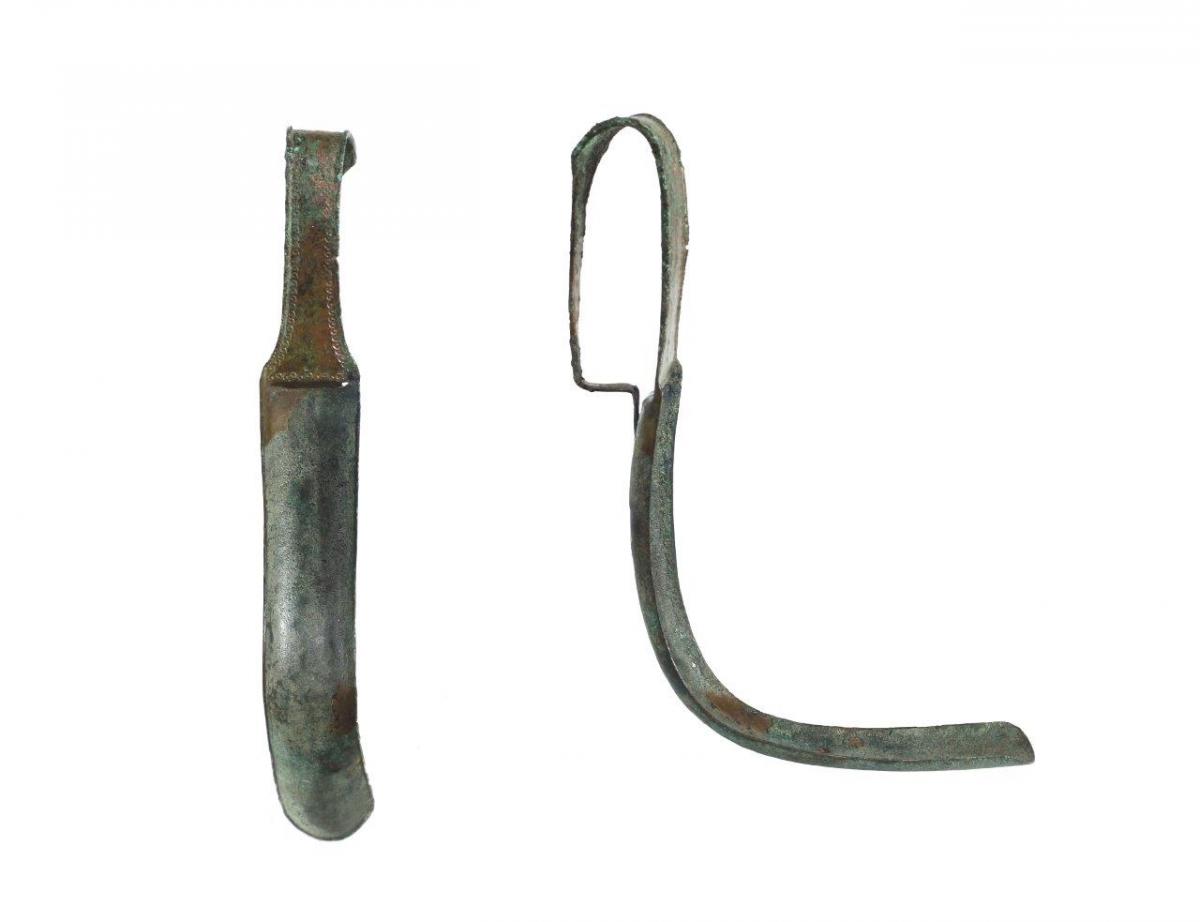 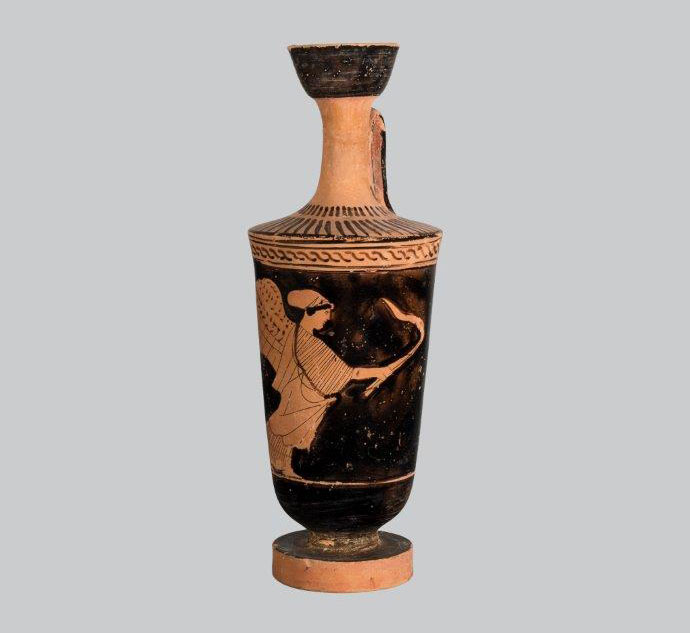 Other exhibitions in
Neighboring Cultures