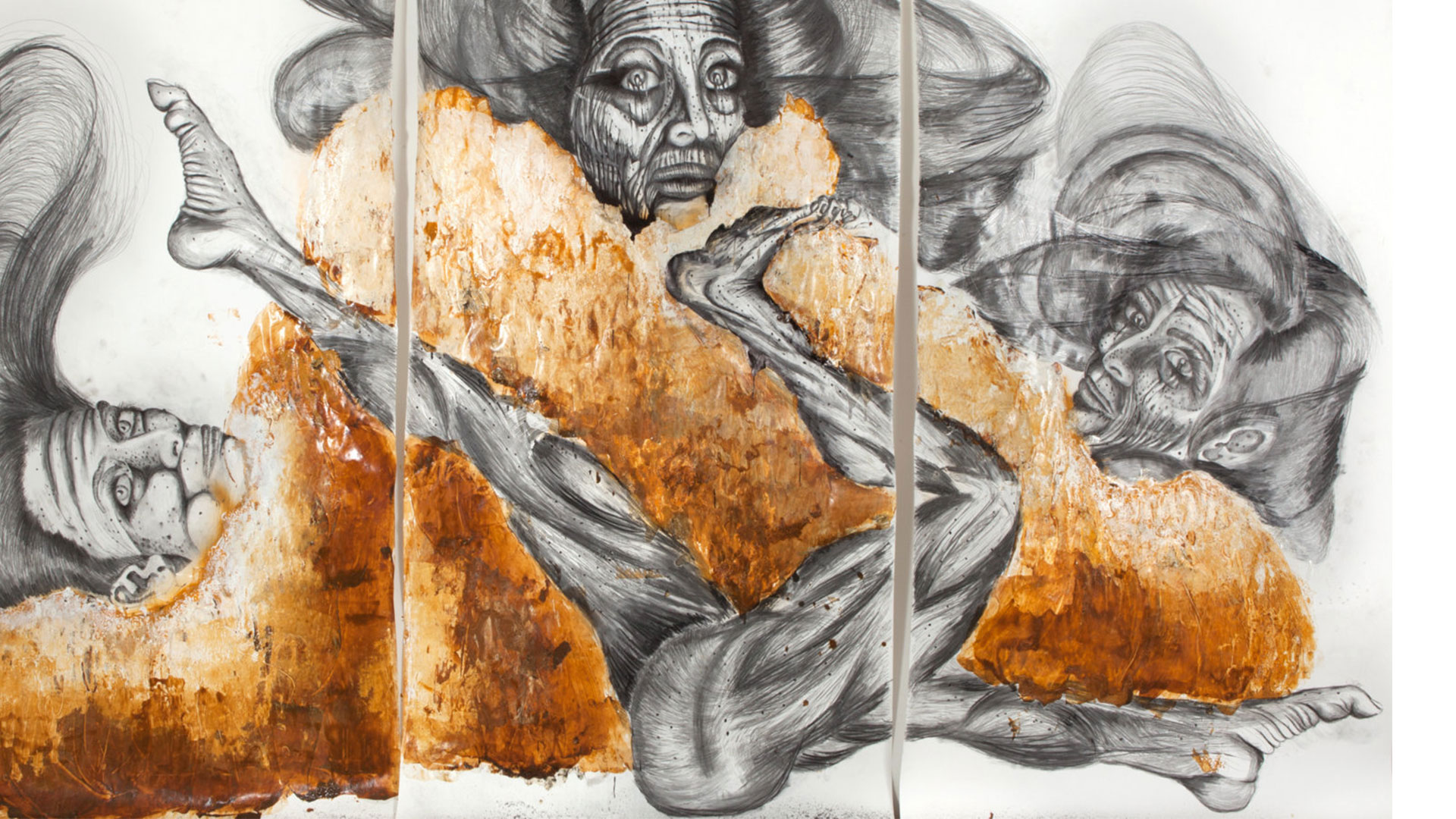 Roey Heifetz is a draughtsman. His large-scale drawings, made up of single, double, and triple sheets of paper focus primarily on the female figure. The impact of the works in Victoria is powerful, even overwhelming as the women’s faces stare out at you with a strong, confident, and penetrating gaze. Dating from 2011 to 2016, most of the drawings exhibited here were created after Heifetz moved to Berlin in 2012.The portraits are composite figures, combining aspects of women he has seen with imaginary figures and elements of the artist's self-portrait. Most of the women are older, with an air of self-assuredness, well groomed and coiffed. Yet gradually, the viewer comes to understand that in fact all the images, all the women, are intimations of the same figure, with Heifetz's self-portrait at its core.

Working intricately in graphite, charcoal, and ink, Heifetz draws layer upon layer, building up the volume of the figures and the contours of the face. After working out the general form of the image, attention is turned to the eyes. The other features of the face follow, and only when it is complete does he tackle the almost wig-like hair. The same hair style can be seen on different women in different works, just as the same woman is sometimes featured in more than one drawing.

The striking element in these works is the treatment of the skin which appears to have been removed, exposing the muscles beneath, much like an anatomical diagram or a renaissance depiction of Apollo flaying Marsyas. But there is no tortuous punishment or medical examination involved here. Rather, the manner of drawing constitutes an aesthetic decision. Drawing precludes illusion; all is exposed and contained within it, so the skin is peeled away. There is no fa?ade, all is revealed.

At the heart of Heifetz's works is an examination of stereotypes and norms of beauty, glamor, and perceived physical perfection that exist in society in general, but are highlighted in gay and transgender society. By depicting older women, he questions ideals of beauty and the consequent anxiety regarding aging and decay, on a societal and personal level. Although the works can be read as a critique of social expectations and stereotypes, they are, more importantly, highly personal and biographical works through which Heifetz explores and engages with his own fears and deliberations regarding what it means to be a woman. As the artist himself moves closer to his female body, one can see in these works a parallel of his long psychological and emotional journey towards becoming a woman and the implications of this momentous change.

All works are from the artist's collection unless otherwise noted.Photography: Joachim Schulz

The exhibition is shown as part of Traces VI: The Return of Paper / Reflections on Drawing, TheSixth Biennale for Drawing in Israel 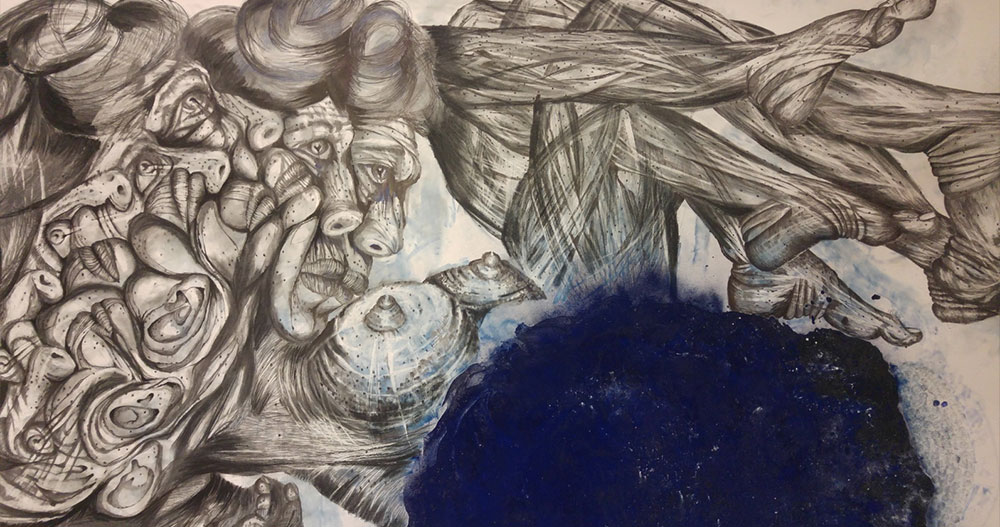