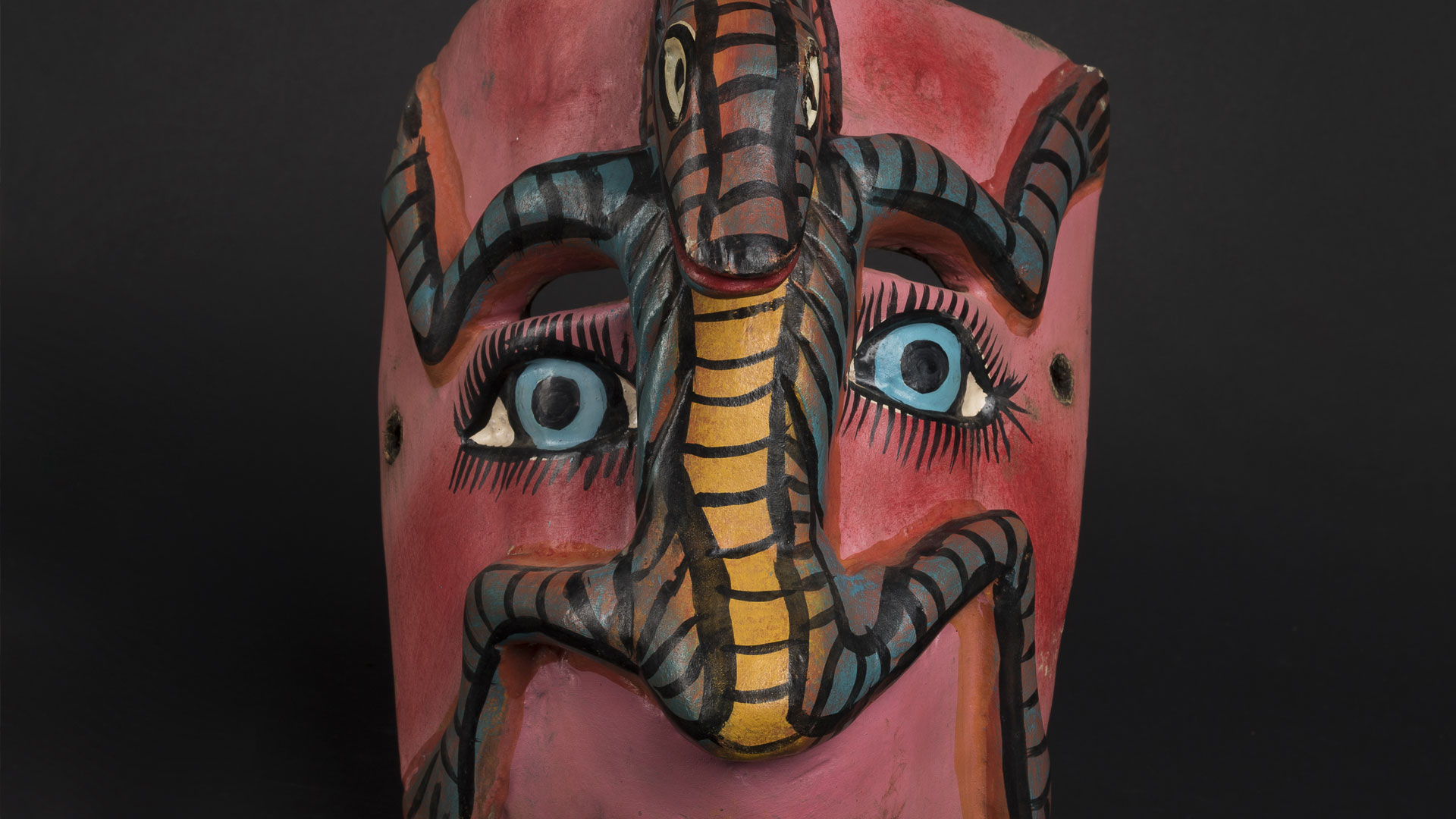 For some 3,200 years, masks have played a central role in the various cultures  of the Americas. Even after the European conquests and the imposition of Christianity, they continued to be used. To this day, the people of Mexico create wooden masks that hint at pre-Christian myths but are worn in church contexts: special dances, processions, and mass events such as the Virgin of Guadalupe pilgrimage.

The ancient masks of the Precolumbian period were made of diverse materials, came in different sizes, and served many purposes in daily life. Sometimes they adorned the chest in reduced form; sometimes they were worn as helmets to protect warriors. Shamans wore masks for their rituals, and noblemen had masks that signified their status. Statues of deities were topped with very heavy masks, and the Maya decorated their pyramids with enormous masks representing the gods.

Whether worn on the face or not, masks were seen as protective objects. They served to invoke divine help and accompanied aristocrats to the underworld after death. When elite Aztec warriors set out to do battle, they covered their faces with jaguar and eagle masks in order to obtain the special power of these animals.

ln the colonial era, missionaries used masks to relate biblical stories as well as to teach Christian ritual. A process of syncretism began: beliefs, symbols, and customs from the old and new religions melded together. Similarly, the masks evolved - the figure of Satan was introduced, and European features like pale skin and beards appeared. Often, these elements would in fact express resentment of colonial Christian coercion. The masks displayed here reflect ancient rituals, recent folk practice, and 500 years of cultural fusion.