What's New in the Galleries? 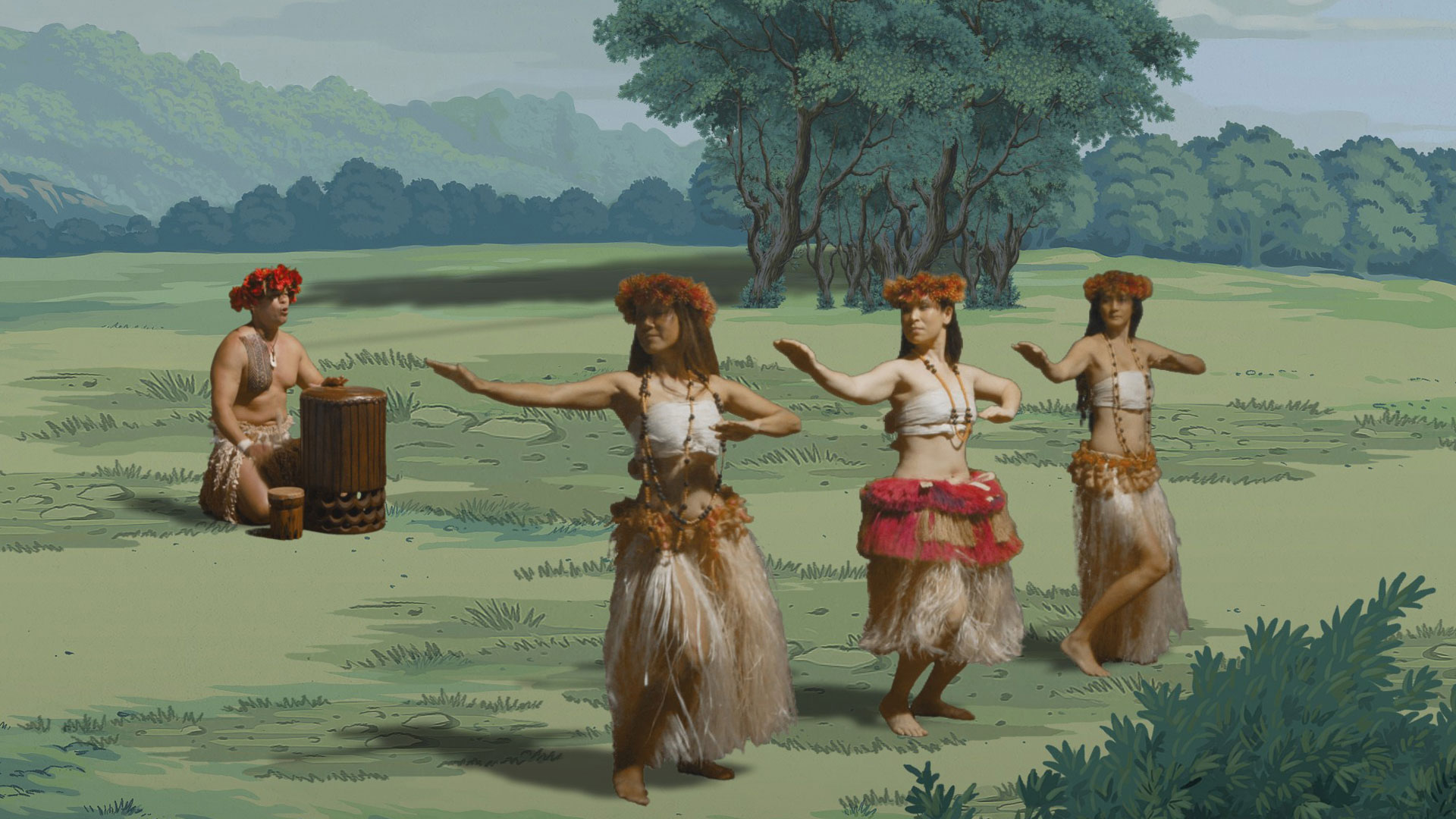 in Pursuit of Venus [infected]

Lisa Reihana’s acclaimed video projection in Pursuit of Venus [infected] was inspired by a 19th-century French scenic wallpaper that envisioned the Pacific islands as an exotic paradise. Taking this product of European fantasy as her framework, Reihana reimagines the past. Against the wallpaper, digitally rendered and reinterpreted, she presents a new narrative weaving together historical and invented episodes.

Her story grows out of the renowned voyages of Captain James Cook, who 250 years ago was the first European to reach distant areas of the southern hemisphere and have contact with the peoples who lived there. The title in Pursuit of Venus [infected] suggests a quest, while referring to Cook’s orders from the Admiralty: to record the transit of Venus across the sun and also to expand England’s knowledge of the world and sphere of influence. (The word infected suggests another outcome of his mission – the introduction of European diseases to the region.)

Reihana shifts the power balance and colonial stereotypes reflected in Les Sauvages de la Mer Pacifique, the French wallpaper that was her point of departure. The indigenous actors filmed in her work represent the region’s ethnic and cultural diversity. Thus the New Zealand–born artist – whose father’s Māori roots can be traced back at least seven generations – seeks to restore the voices and worldviews of the previously marginalized peoples of the Pacific. As she puts it, she allowed the actors, “embodiments of their own ancestors . . . to speak back through time and through space.” After filming the many vignettes, Reihana inserted them in the background she extracted from the wallpaper. To this technological tour-de-force, some ten years in the making, was added an intricate soundscape created by her collaborator James Pinker.

Reihana addresses issues of post-colonialism, injustice, transnational relationships, and indigenous autonomy. She says that the work aims to “indicate a level of complexity, to elicit some kind of empathy and alert people.” The impact of colonialism is not unique to the Pacific or relegated to the past. in Pursuit of Venus [infected] raises questions relevant to any contemporary society wanting to learn from its mistakes.

Sponsored by Ella B. Snyder and Bernard Snyder Memorial Lecture