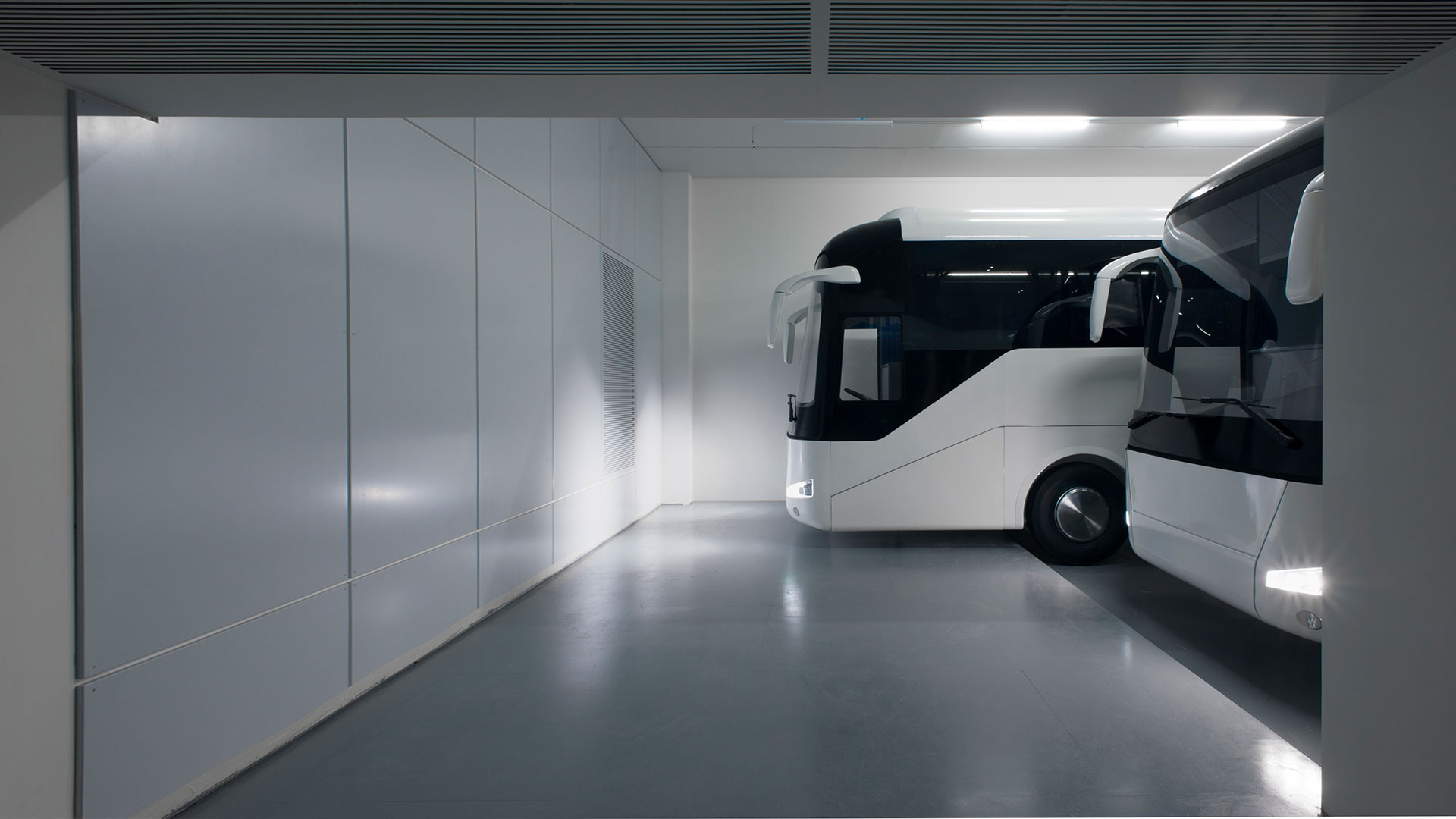 At the end of the empty entrance hall to the installation Buses is a door leading to a room that looks out on an enclosed space occupied by two parked tourist buses. Why is there a parking garage here? Is this an exit? How did such large buses get in? Has a group of tourists just arrived?

Gil Marco Shani’s installation is an architectural intervention implanted in the heart of the Israel Museum. A temporary floor bisects the upper part of a gallery — which has an especially high ceiling — to create a new level that has never before been stepped upon. It is on this invented floor that the artist has installed his garage-like film-set and buses. Both garage and buses are entirely fabricated, custom-made, down to the last detail, of various ersatz materials meticulously modeled by a variety of planning and production techniques. The buses look whole and genuine but are, in fact, simulated, incomplete, partially constructed, and designed to be seen from a single viewpoint prescribed by the transparent door through which they are viewed. “Two years of work for a single frame,” the artist says.

A true car park is a place of constant flux, in and out, whereas Shani’s space is completely enclosed, allowing no entrance or exit. Its emphatic artificiality and foreignness within the museum’s gallery spaces — and its construction as a film-set or an abstract model given to interpretation — conflict with its realistic dimensions and mundane, even banal appearance. Closed car parks are usually situated below street level as a hidden, perfunctory layer of the city. Being virtually empty of people at most times of the day or night, they are also a perfect setting for clandestine human activities of the sort that occur at the fringes of society or under the radar — such as shady deals and other types of crime and violence. Many suspenseful film scenes have been shot in enclosed car parks, and their lingering presence heightens the emotional charge and the enigmatic estrangement of Buses, where, at any moment, something may happen. 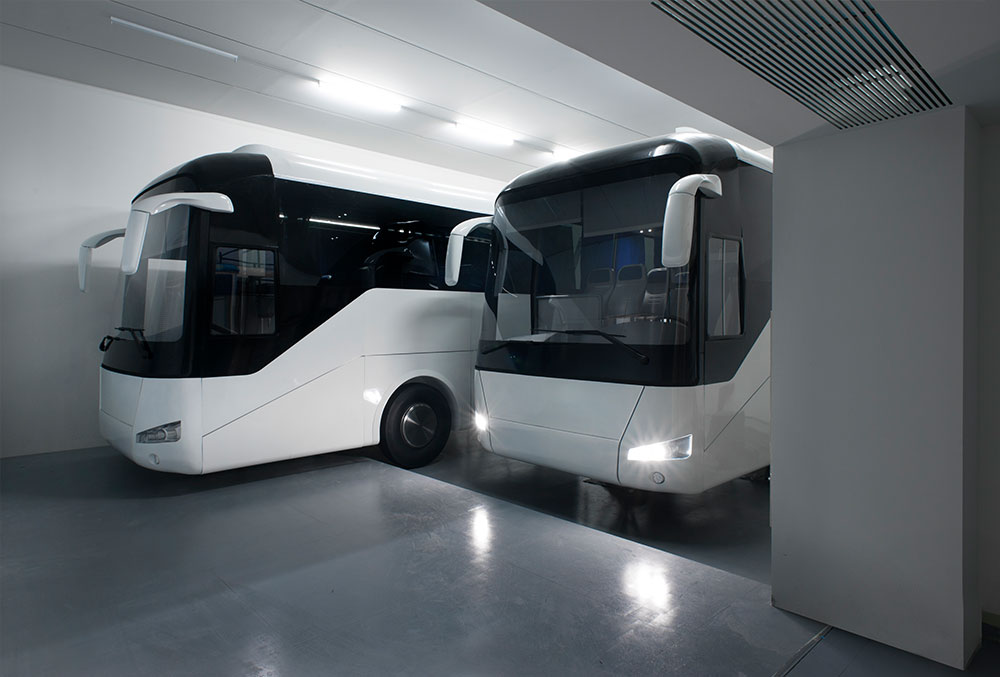