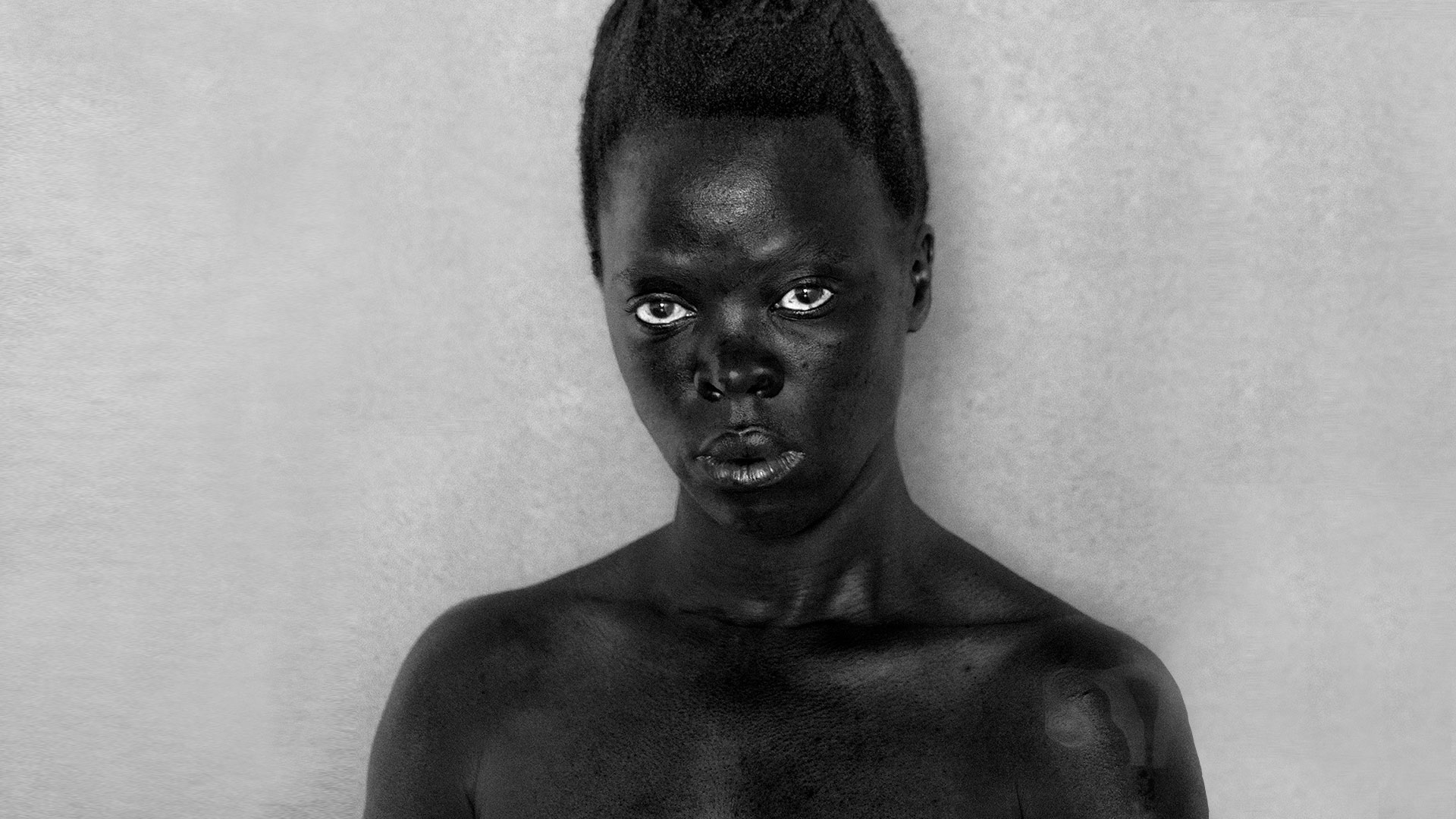 South African artist Muholi  became internationally renowned through her photographs of black gay and lesbian people, representing her country at the 2013 Venice Biennale. In her series “Hail the Dark Lioness,” to which the two works shown here belong, she made 365 self-portraits (one for each day), capturing the many facets of her identity as a black lesbian woman and emphasizing her “blackness” by using striking black-and-white contrasts. With the help of everyday objects, Muholi creates unusual headpieces reminiscent of African women’s elaborate hairdos and resonating with the African sculptures and masks displayed in the gallery. 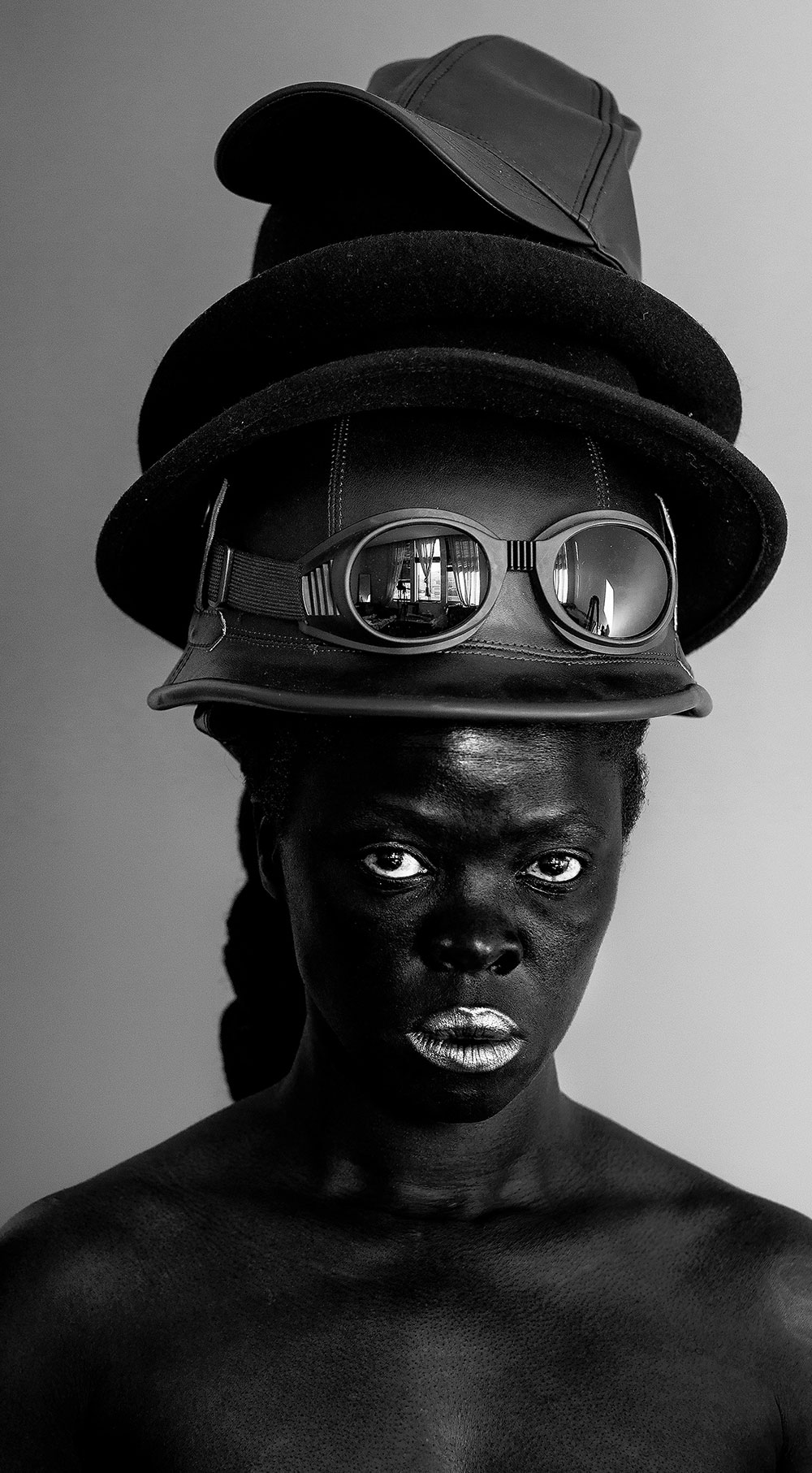 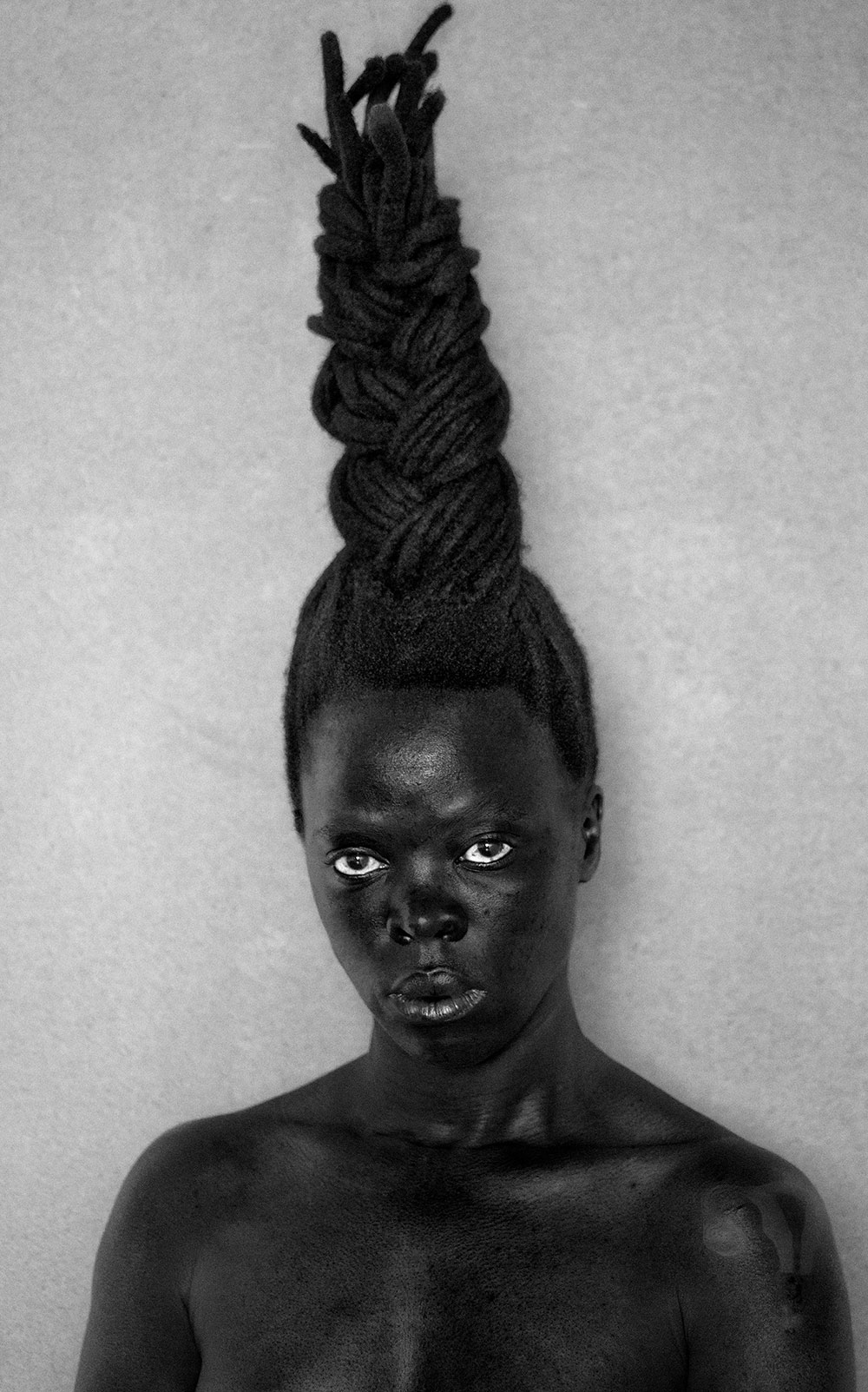