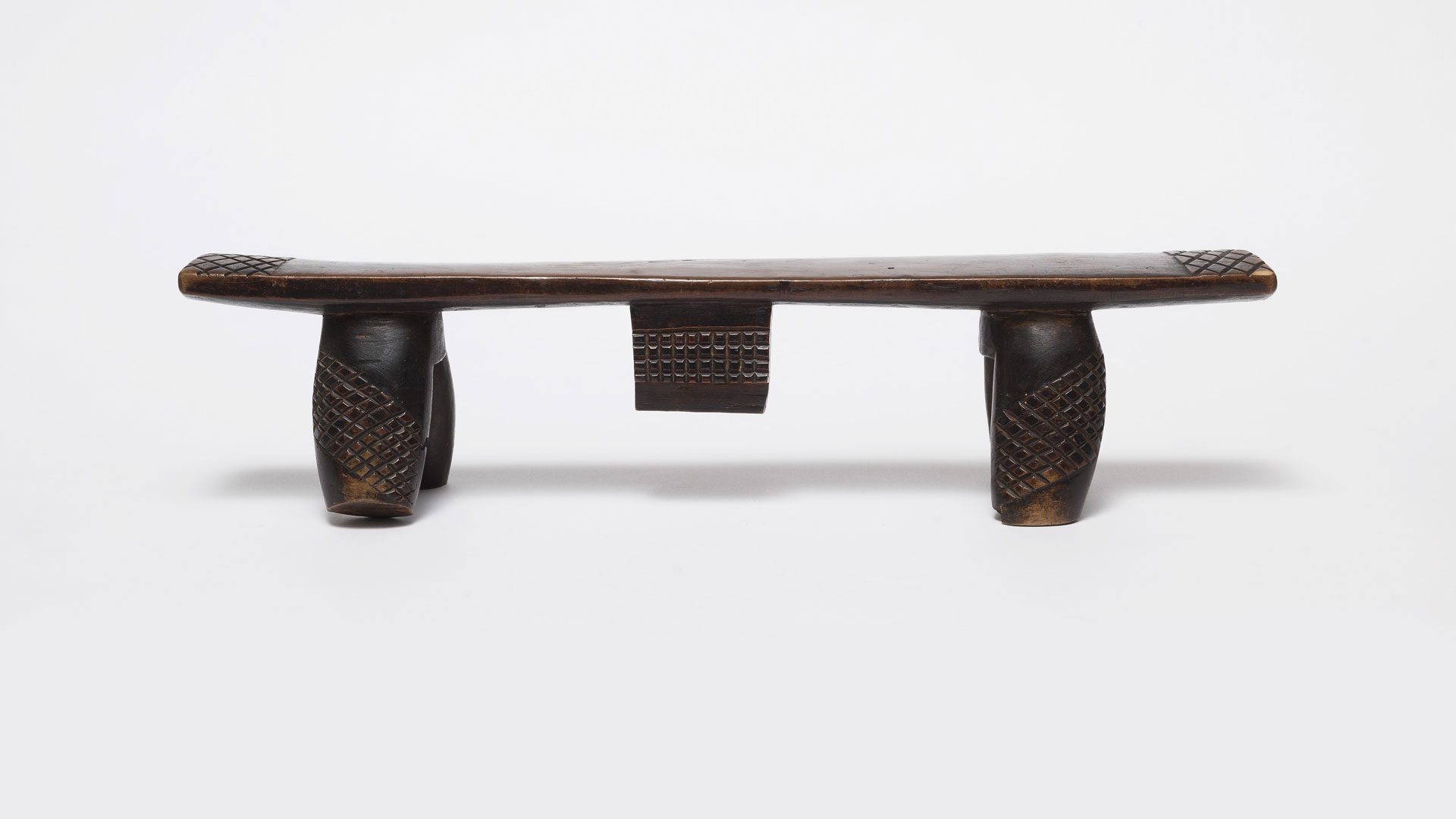 
A first-time ever exhibition focusing on the headrest, an object that plays diverse roles among different African cultures. These small wooden objects were used mainly to support the head and protect complex hairstyles while sleeping. Most headrests belonged to men, who carried them visibly on their body and thereby communicated information about their age, social status and position, cultural affiliation, and personal taste. In some cultures, headrests also functioned as mediators to the world of spirits and ancestors through dreams.

Regarded as valuable personal possessions, headrests not only conveyed a person’s social role within the group, they also came to represent individual identity. Over time, they were polished by the owners’ hair and body oils – and also, it was believed, imbued with their spirit. If not buried with its owner, the headrest was passed on as a valuable heirloom.

This exhibition explores the different ways in which headrests were used, their shape and ornamentation, and more recent processes of social and cultural change that have influenced their current role across Africa. Showcased alongside the beautiful headrests from the Museum’s collection are other personal objects, which also act as powerful status symbols, spiritual intermediaries, and mirrors of identity.

Many of the headrests featured in this exhibition were generously donated by Dr. Shalom Salomon Wald in 2019.