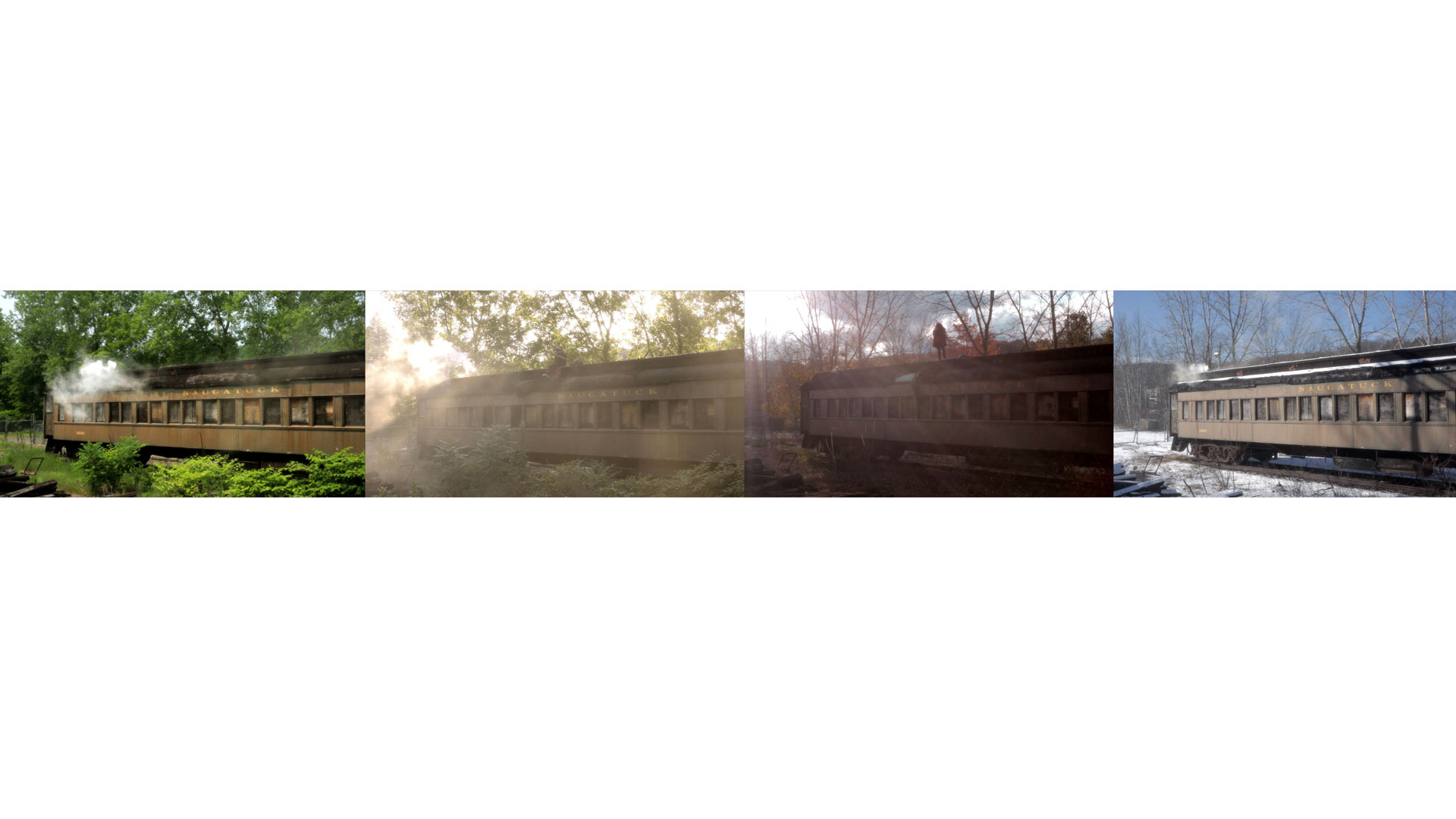 Tom Pnini: Ballade to the Double

Ballade to the Double draws the viewer into a Connecticut train ride filmed over the course of a year. All four New England seasons are projected simultaneously, side-by-side, in a way that transforms our usual experience of time and landscape. The journey is seen from the front of the train, as it charges ahead accompanied by the noise of its steam engine. But this urgent, purposeful sound is interrupted several times when a young woman appears, and the train must pull to a halt. Instead of the quickly changing, never converging views from the moving train, a leisurely scene unfolds across all four screens. Performing small acts, performing her music, the young player-minstrel evokes a wealth of associations that hint at past events and bygone eras.

Four other works by Tom Pnini are also displayed: enlargements of late-19th-century stereoscopic photographs of trains to which he has added columns of smoke. In stereoscopy, almost identical images were inserted into a special viewfinder to produce depth, an illusion of three dimensions. Pnini’s collages have lost the 3D aspect, but the billowing smoke creates a sense of movement. Like Ballade to the Double, they raise questions about the effects of industrialization on the natural landscape; the possibilities of endless duplication versus a unique, one-time experience; and the speed of the machine age as opposed to a slower, human pace.

All these works challenge human perception. Our eyes shift from image to image in search of differences and similarities; we sense movement and depth even though we are looking at two-dimensional surfaces. The sight of a rushing train has lost none of its power since 1896, when, so the story goes, some viewers were so convinced by the Lumière Brothers film of a train coming toward them that they screamed and tried to flee the movie theater. 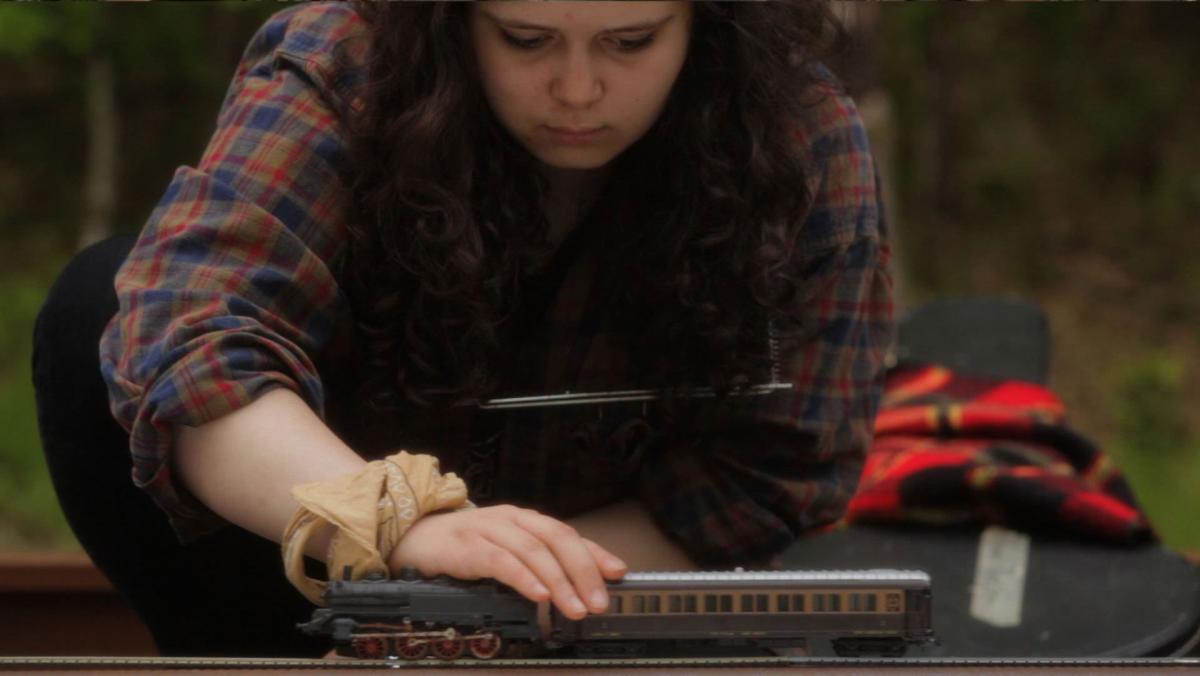