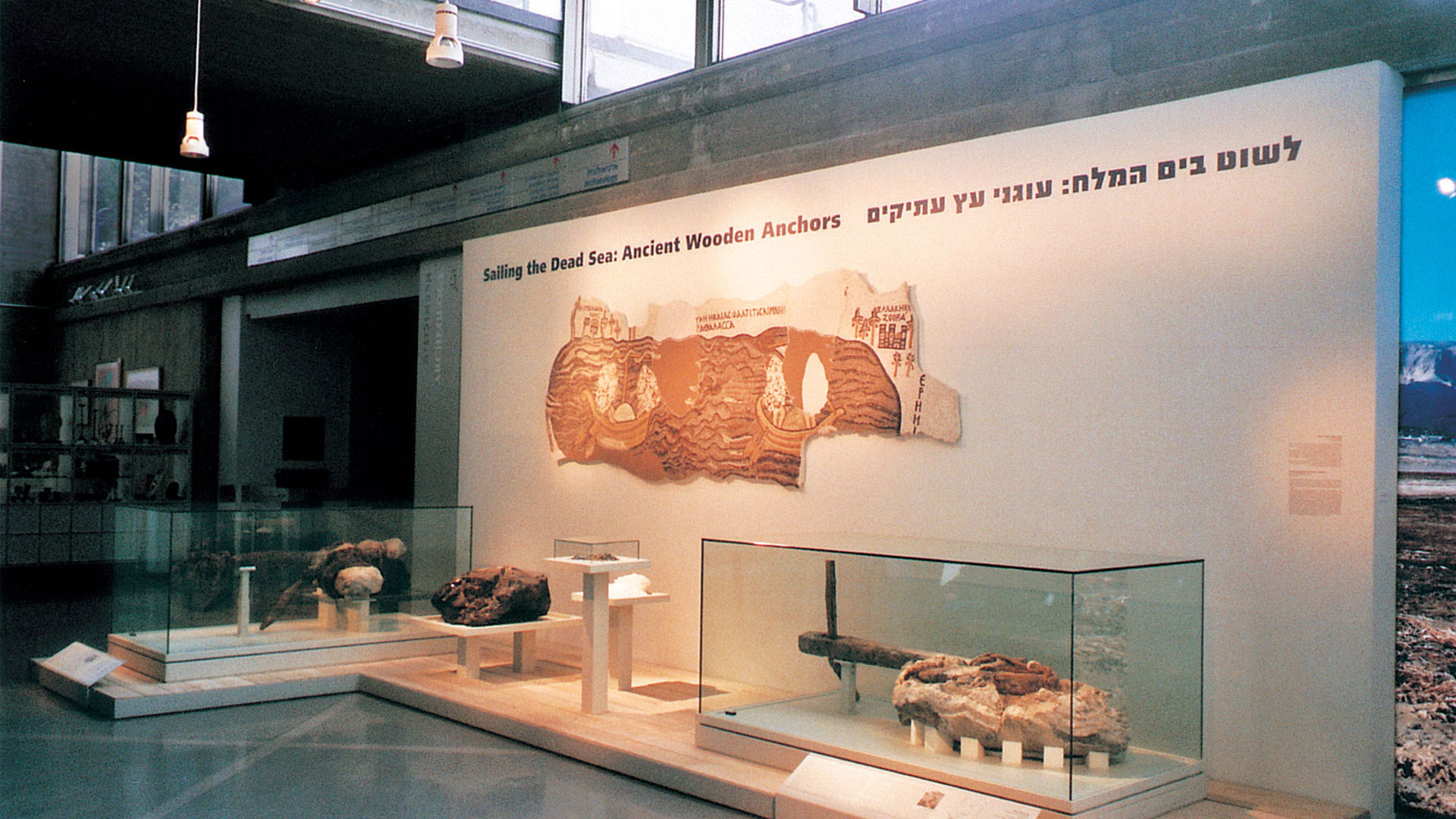 Two remarkably well preserved wooden anchors dating from 2,000 and 2,500 years ago had recently been discovered on the shores of the Dead Sea, together with the ropes that tied them to the ships. Unlikely as it seems today, in ancient times the Dead Sea was a bustling trade route, with ships carrying salt, asphalt, and agricultural produce that were then transported to distant parts of the world. The anchors were displayed alongside goods specific to this area. 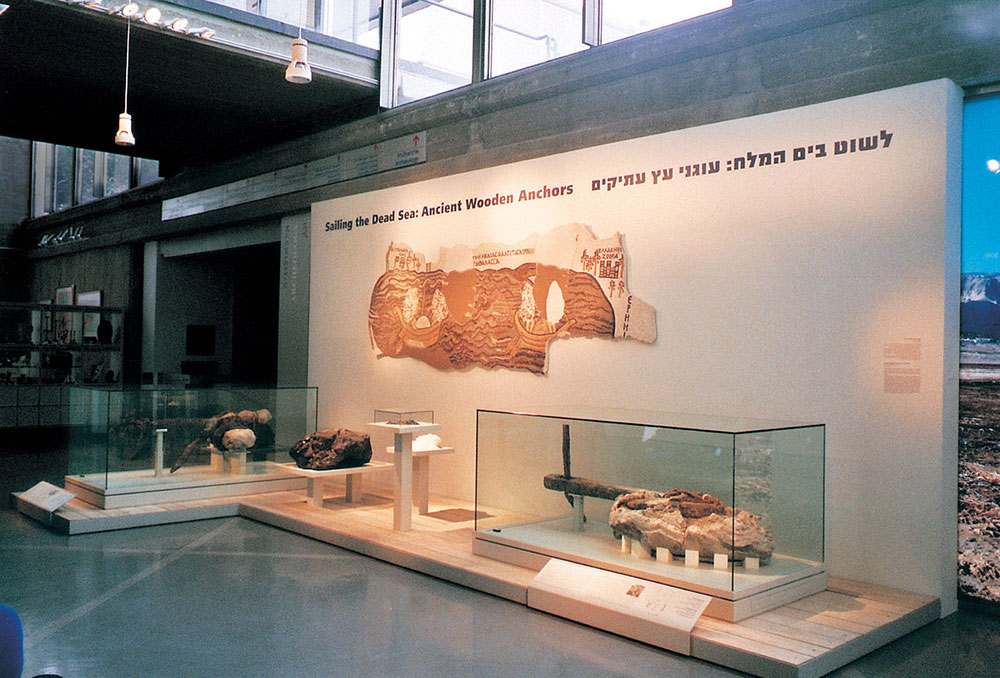