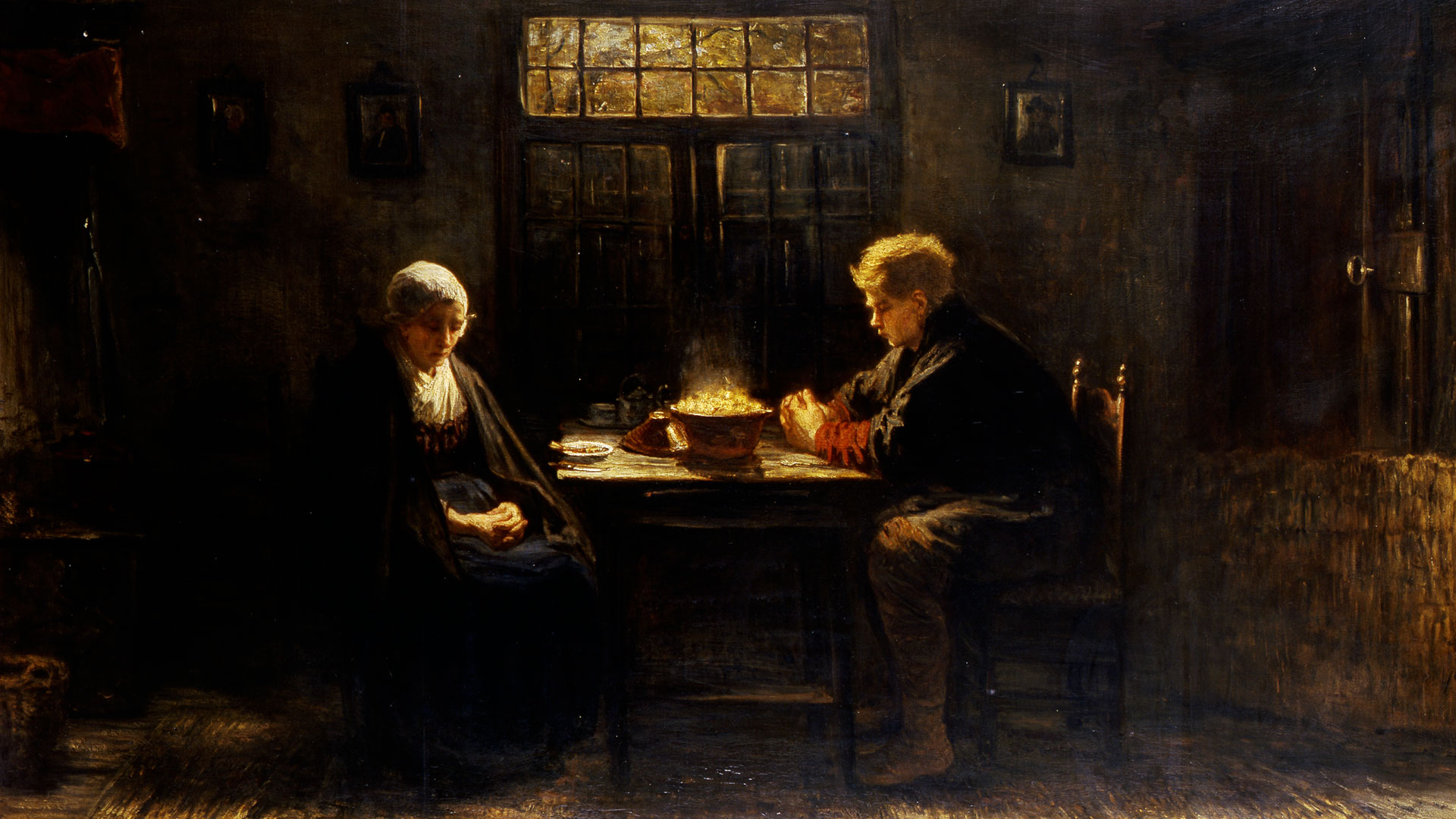 Salt of the Earth

Farmers and Fishermen in 19th-Century Holland

Farmers working the land, shepherds tending their flocks, and fishermen returning from the seas are the heroes of this exhibition, and many of the artworks shown here evoke a profound feeling of empathy for the plight of these simple folk.

One of the most respected Dutch artists of his time, Jozef Israëls manifested a keen interest in the life of the poor and the humble, and from 1856 he began to depict fishermen, focusing on them and their families. In 1881 he was joined by the Berlin-born artist Max Liebermann, who, like him, was the scion of a wealthy Jewish family and had enjoyed a broad education. They became fast friends and spent many summers painting together in villages along the Dutch seashore. The third protagonist of this exhibition, the German Jewish artist Lesser Ury, also had a close relationship with Max Liebermann for a while, and his works shown here display similar themes. But although he came from a poorer, more proletarian background, he – unlike the two other artists – did not focus on his subjects' humanity but rather on the composition as a whole and its effects of color and light. Ury’s introverted, reclusive personality is reflected in his works, which often depict solitary figures intensely absorbed in their labor.

What was it that drew these different personalities to the theme of simple peasant life? Each of the three artists had studied in Paris and was deeply influenced by the naturalism and realism of the Barbizon School – and predominantly by Jean-François Millet (who is also represented in this exhibition). Millet was scorned by the bourgeoisie, who claimed that you could almost smell the stench of sweat and soil in his works. While Ury was intimately acquainted with the hardships of the working class, Israëls and Liebermann were driven by a strong sense of compassion, echoing the winds of socialism that were blowing among the educated elite of western Europe and thus turning the western shores of the Netherlands into their own Barbizon.

Like Israëls, Liebermann, and Ury, several of their contemporaries who were associated with the Hague School – including Anton Mauve, a relative and teacher of Vincent van Gogh, and Jan Toorop – were heavily influenced by the Barbizon School, and their works, some of which are displayed here, often celebrate peasant life.