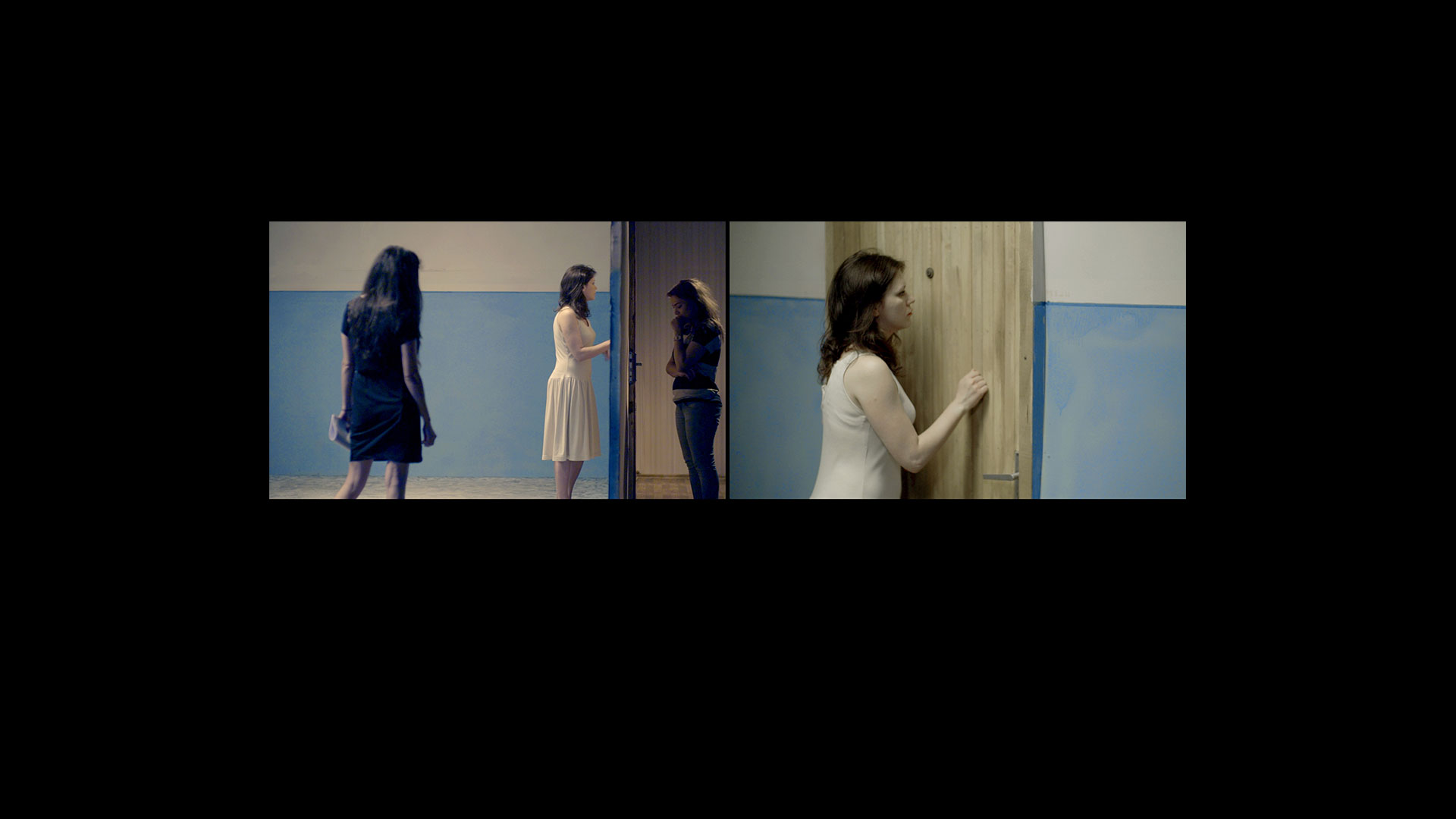 On foreign made soles | New in the collection

The deep-set longing of immigrants to revisit the landscape of their childhood is at the heart of Israeli artist Ira Eduardovna's video work. Born in Tashkent, Uzbekistan, in 1980, Eduardovna immigrated to Israel with her family in 1990, as part of the great wave of immigration of the time. Made up of seven scenes, the video features local theater actresses through which Eduardovna enacts the moment of entering her childhood apartment. In the first stage she directs an actress who asks to enter the apartment. In the second stage she directs the same actress portraying the artist herself directing another actress about to step into the apartment – and so on and so forth. At each stage a new screen lights up, showing the artist in different roles. As with a Matryoshka, the artist opens one doll after another, revealing to us and to herself her own motives, fears, and feelings regarding her date with the past.