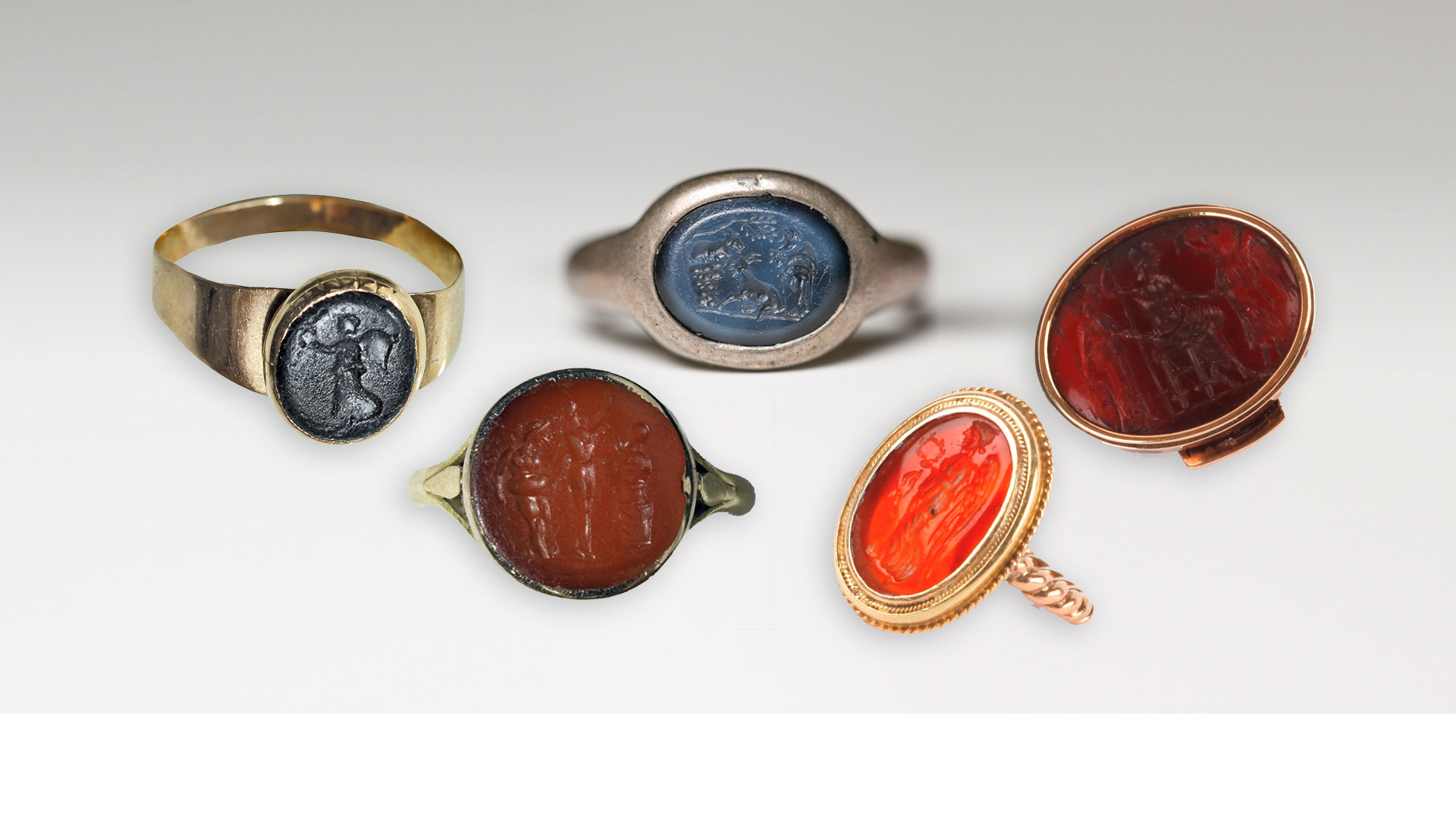 Freud of the Rings

A ring that Freud had given to a psychoanalyst from his group of students found its way into the museum collection, and sparked the exhibition curator’s imagination. Following an in-depth study, she managed to track down five sister-rings from around the world; all of them gifts from Freud to his inner circle of pupils. The rings are set with ancient gems engraved with images from Roman mythology, each one selected for a specific student. This is the first time the rings are displayed side by side. Next to Freud's own ring, and those that he gave to his pupils,  are objects from his antiquities collection, related to psychoanalytic theory and his personal life. A contemporary video work looking at how his personal possessions are invested with power accompanies the exhibition.

The publicity surrounding this exhibition has led so far to the discovery of six additional rings from around the world, one of which is presented here. It apparently belonged to Ernest Jones, a member of the secret committee, one of the founders of the British Psychoanalytic Society, and author of a biography of Freud. Though a few sources report that his ring was stolen from his car, it is possible that it resurfaced after a period of time. Alternatively, this may be the ring that Freud presented to Katherine, Jones’s wife. Years later, the ring was given by Ernest and Katherine’s son Mervyn to his friend Irma Brenman Pick, a London psychoanalyst.

The figure on the gem – a bearded man with a wrinkled brow and hair falling over his temples – probably represents Hippocrates, the ancient Greek physician, regarded as the father of modern medicine. Among the topics he discussed was a female disease that manifested itself in a wide variety of symptoms and was attributed to the wandering of the womb within the body. The name of the disease – hysteria – is commonly ascribed to him. Though the first psychoanalysts viewed this condition as a psychological phenomenon resulting from trauma, it is not surprising to find Hippocrates’s figure on one of the rings bestowed by Freud upon the members of his close circle, since the topic of hysteria was of great interest to them. 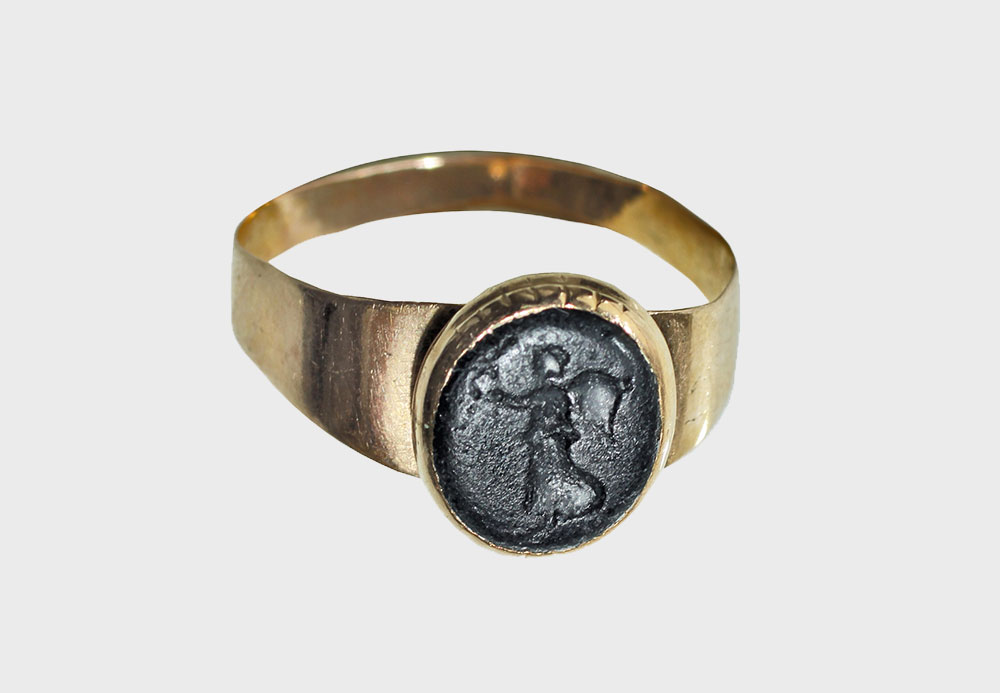 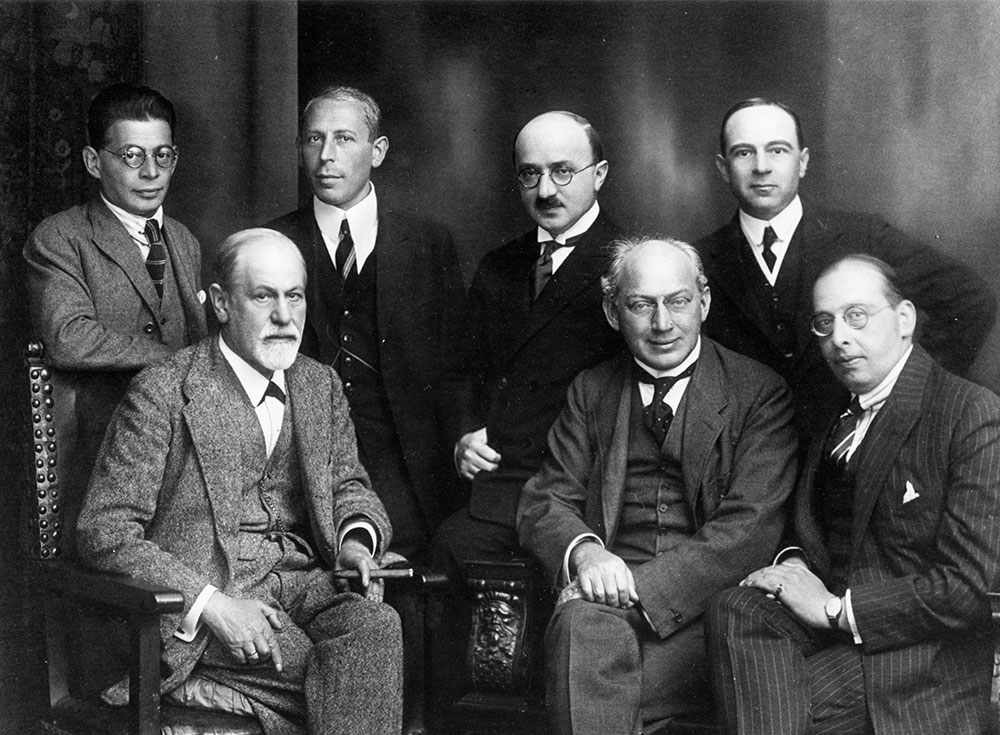