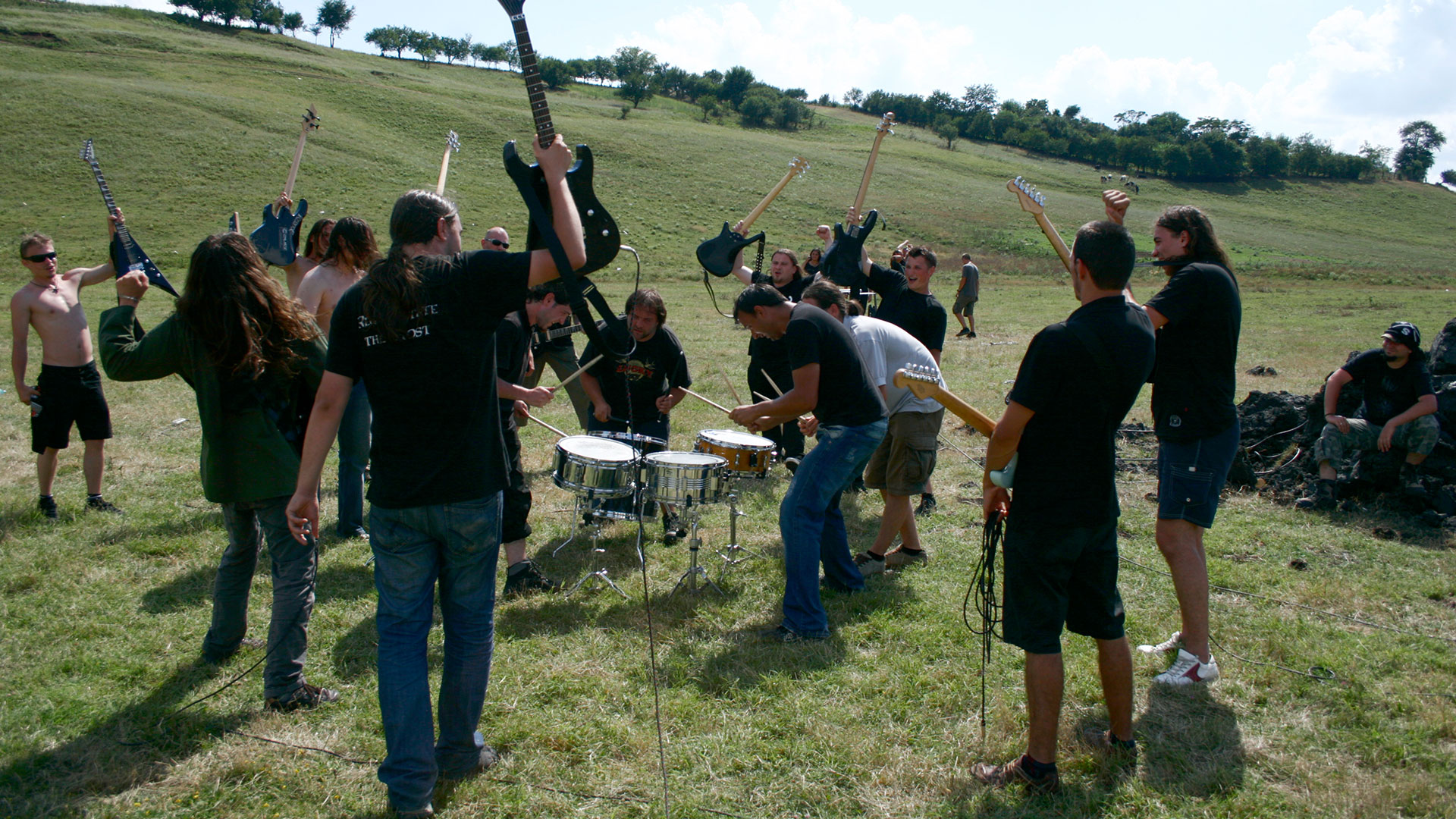 Two major musical events underlie Gilad Ratman's Five Bands from Romania: Pink Floyd's mythical performance in Pompeii, captured in a 1972 film by Adrien Maben, and the American band Metallica's concert in Moscow twenty years later. Pink Floyd's performance in Pompeii's empty amphitheatre was aimed at the forces of nature, attempting to escape the "here and now" and resonating with meta-historical meaning. With an attendance of over one million people - including soldiers of the Red Army who threw off their uniforms to join in the fun - Metallica's 1991 concert in Moscow symbolized the fall of the Soviet bloc and the victory of the Western values of freedom and individualism.

In Five Bands from Romania, Ratman chose to explore the heavy-metal scene in the Soviet Union's "backyard" - Romania. He contacted five heavy-metal bands and led them to an open space near Bucharest. There, under his instructions, they buried their amplifiers deep into the ground and then performed all at the same time. The result was surreal - a blend of distorted guitar, drumming, and vocal sounds erupting from the earth. The entire process is presented in two video films screened in the exhibition - one of which can only be heard inside the "sound room." Composed of visual and vocal elements, the installation is both thrilling and disturbing, engaging the viewer on multiple levels.

Gilad Ratman is drawn to the primeval and untamed and to the ways in which it is transformed by the artistic act, becoming poetic and surreal. His previous works feature human forms howling in pain while hatching from a cocoon, a tribal gang living on the edge of town, or people struggling in quicksand. Some are based on extreme phenomena, others feature characters engaged in esoteric activities, and they are often accompanied by a subversive and anarchistic soundtrack. In many ways, they reflect contemporary reality in all its complexity, with the blurring of boundaries between center and periphery and the wild, primeval world barely concealed underneath a thin veneer of civilization. 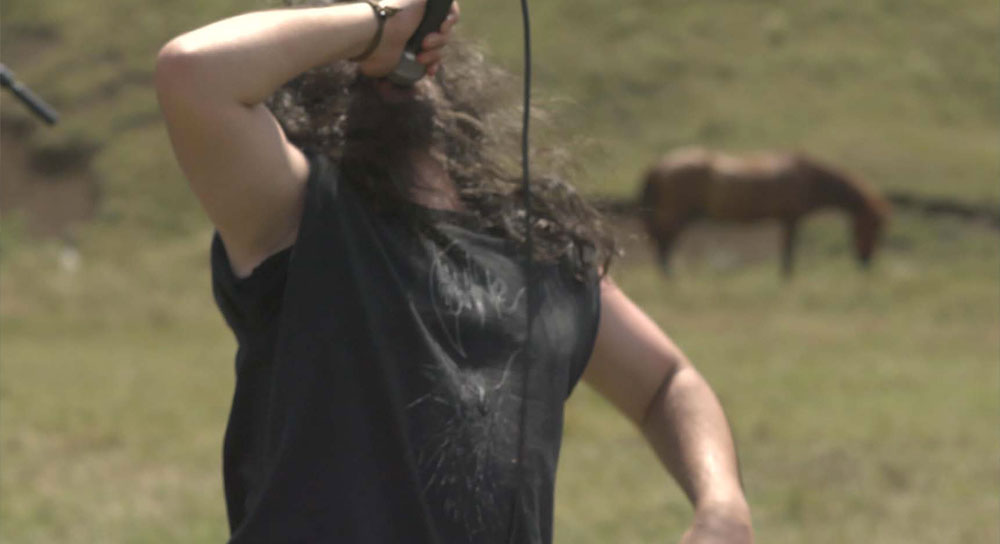