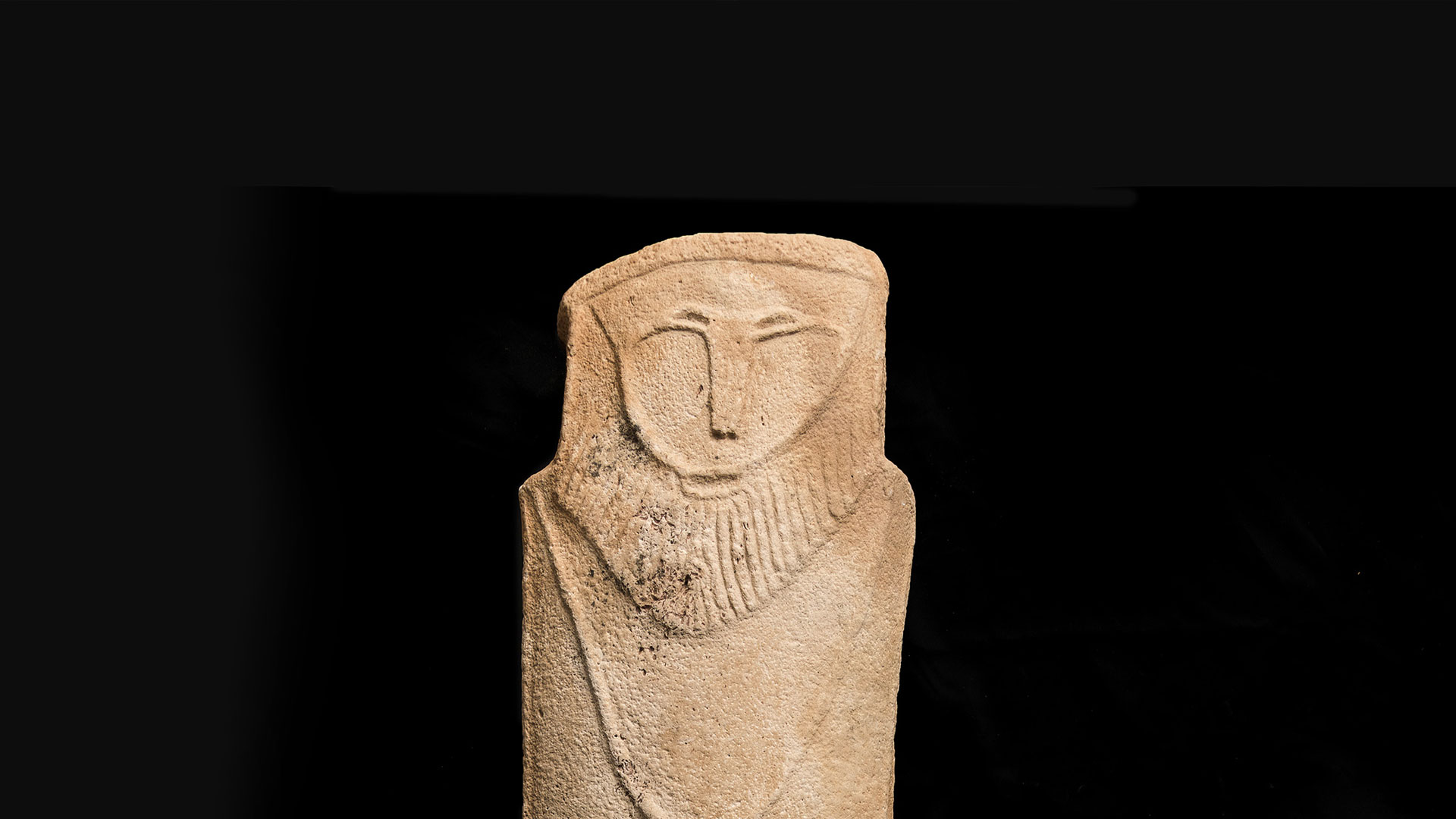 
This imposing stele depicts a bearded man wearing a fillet around his head and a long necklace. Three parallel bands bisected by an elongated implement appear on his chest and back, and a double-bladed dagger attached to a belt hangs from his waist.

Similar steles have been discovered throughout the Arabian Peninsula, from southern Jordan to Yemen. Found alone or in groups near burial sites or sanctuaries, they may have represented gods, ancestors, or individuals of high social status and played a role in some sort of ritual. Such steles, of which this is the only life-size example to have survived intact, are among the most remarkable artistic achievements of the transitional Chalcolithic – Early Bronze Age period in the Ancient Near East. 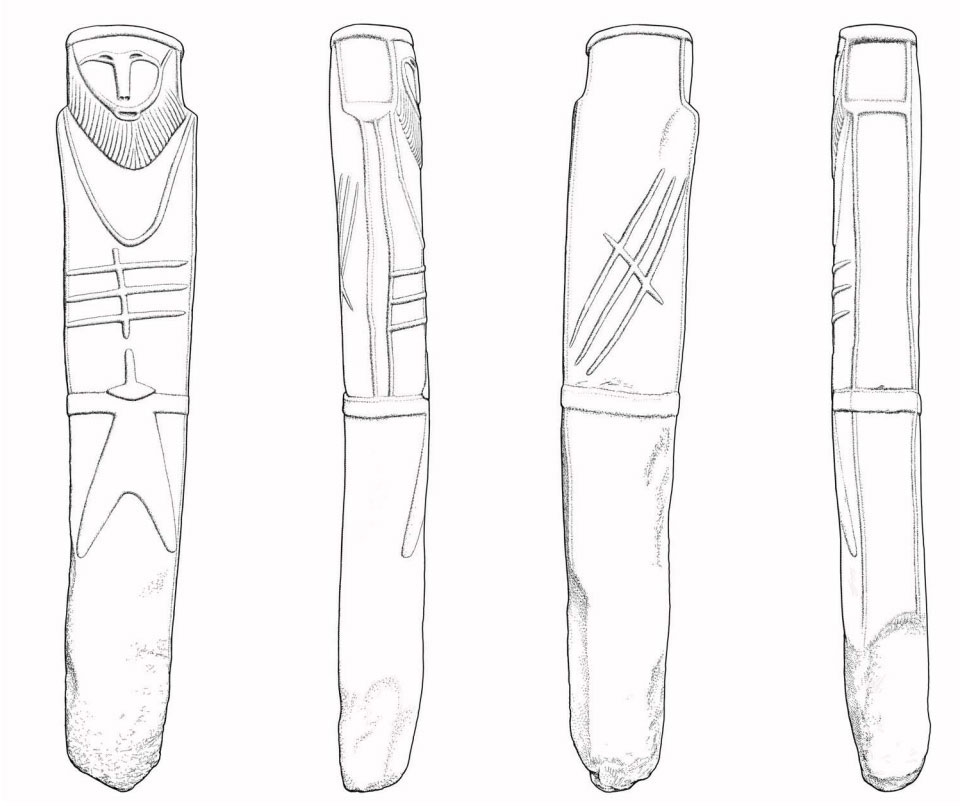 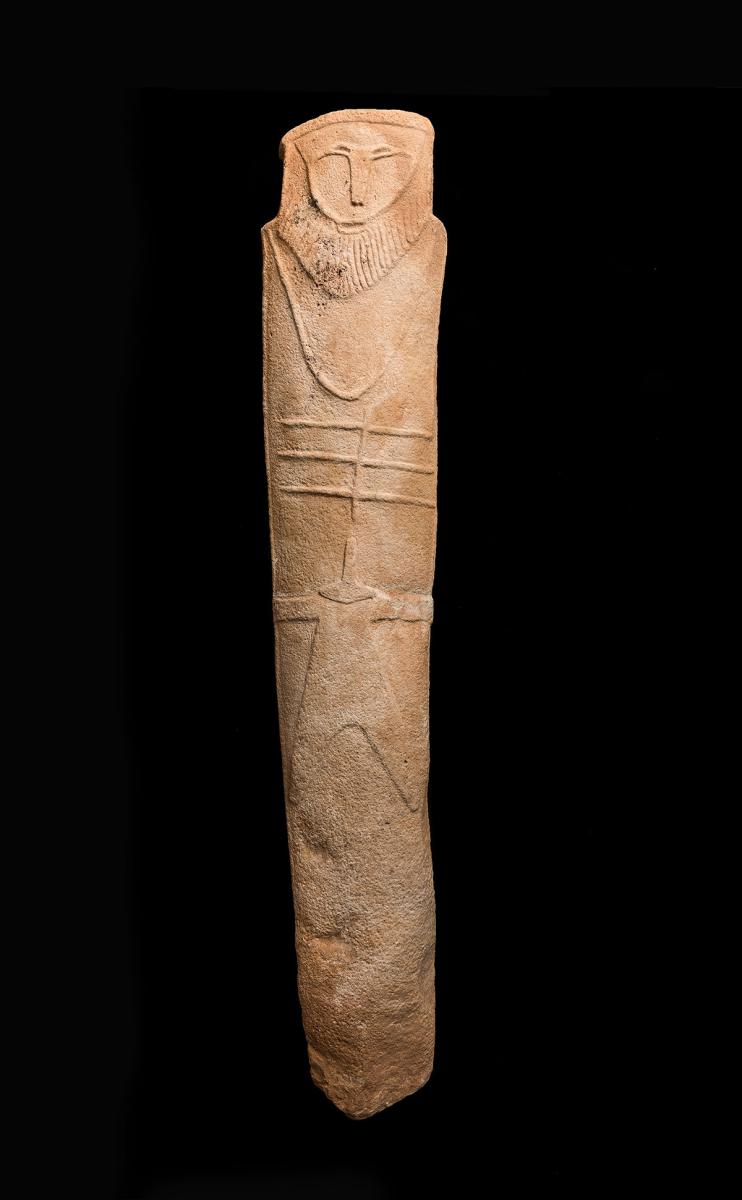