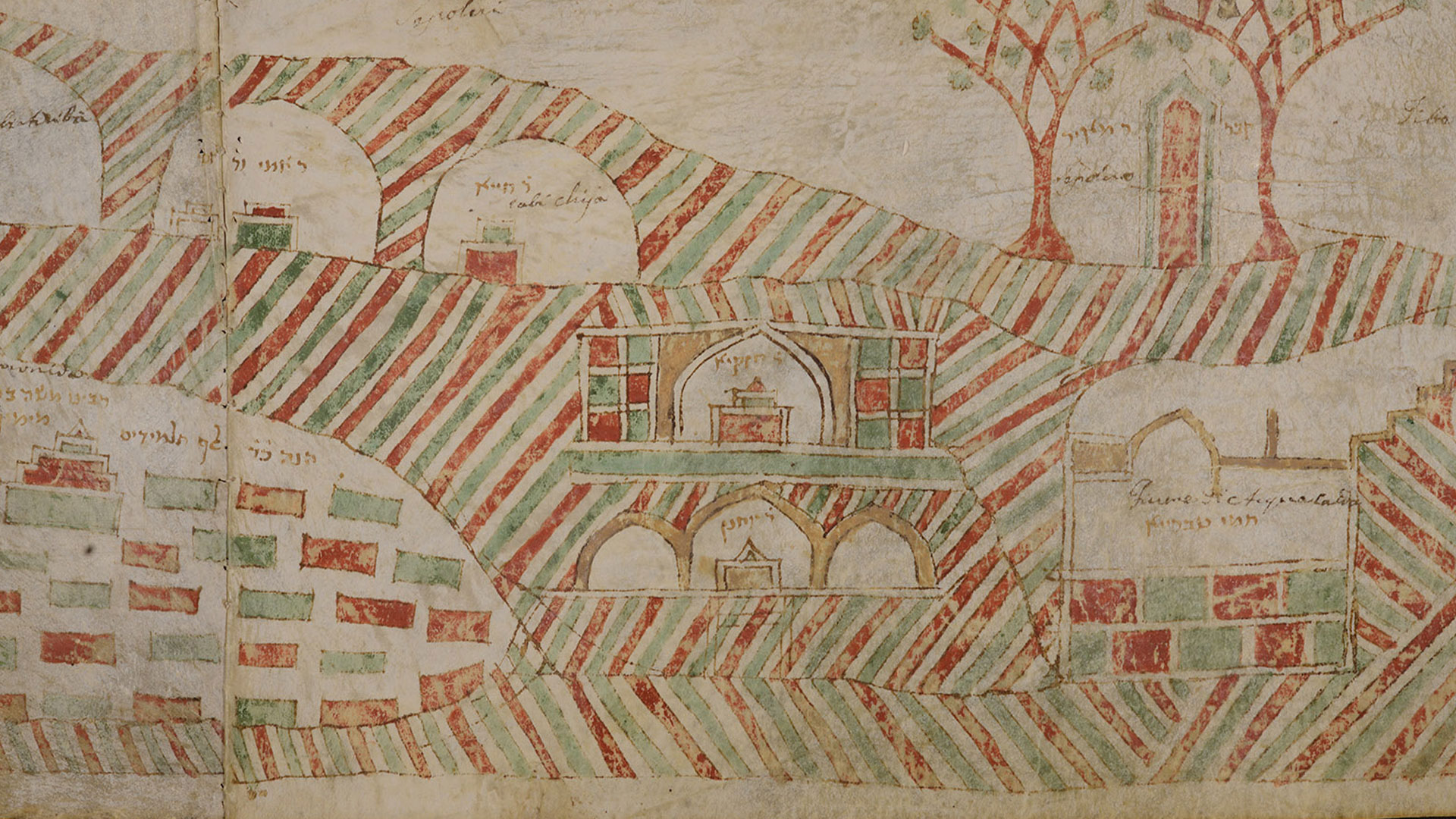 A unique scroll from the 14th century is displayed here to the public for the first time. Measuring almost eleven meters long, the scroll documents the pilgrimage of an Egyptian Jew to the Land of Israel. Its 130 illustrations (often accompanied by inscriptions) of sanctified places from Egypt to Lebanon offer a glimpse of what the region looked like over 700 years ago.

Research of the scroll led to intriguing discoveries relating to the Tomb of the Patriarchs, the Western Wall, and other important holy sites. The central illustration, which is some two meters long, depicts the Temple on the Temple Mount and reflects the belief shared by Muslims and Jews in the Middle Ages that the Dome of the Rock was built in commemoration of Solomon's Temple.