The Second Temple Jerusalem Model recreates the city of 66 CE at the height of its glory; the eve of the great revolt of the Jews against the Romans. The city then stretched over some 450 acres.

The model, measuring some 1,000 square meters, was created by Professor Avi-Yonah, a leading scholar specializing in ancient Jerusalem. Avi-Yona's reconstruction is based on descriptions from Jewish sources, particularly the Mishnah, and the writings of the contemporary historian Flavius Josephus. He also relied on archaeological finds from Jerusalem and from other Roman cities.

At the heart of this impressive city stands the Temple Mount. Kings who built the city, notably the Hasmoneans and their successors, and King Herod and his descendants, were greatly influenced by the Greco-Roman culture. This is clearly reflected in the style of the buildings, and in the layout of the streets; in the holy precinct at the top of the hill; the public water facilities, and other dedicatory monumental buildings as well as in the sports and entertainment facilities.

A closer look reveals the uniquely Jewish character of Jerusalem. First, there is only one sacred precinct - the Temple Mount - with a single temple, to one God. Second, the city has no sculptures, or reliefs depicting human figures and animals, in accordance with the second of the Ten Commandment: Thou shalt not make unto thee any graven image.

The magnificence of the city as it replicated in the model did not last for long. In 66 CE the Great Revolt against the Romans broke out, and in 70 CE, after five years of fighting, the city was destroyed and the Temple burnt down. 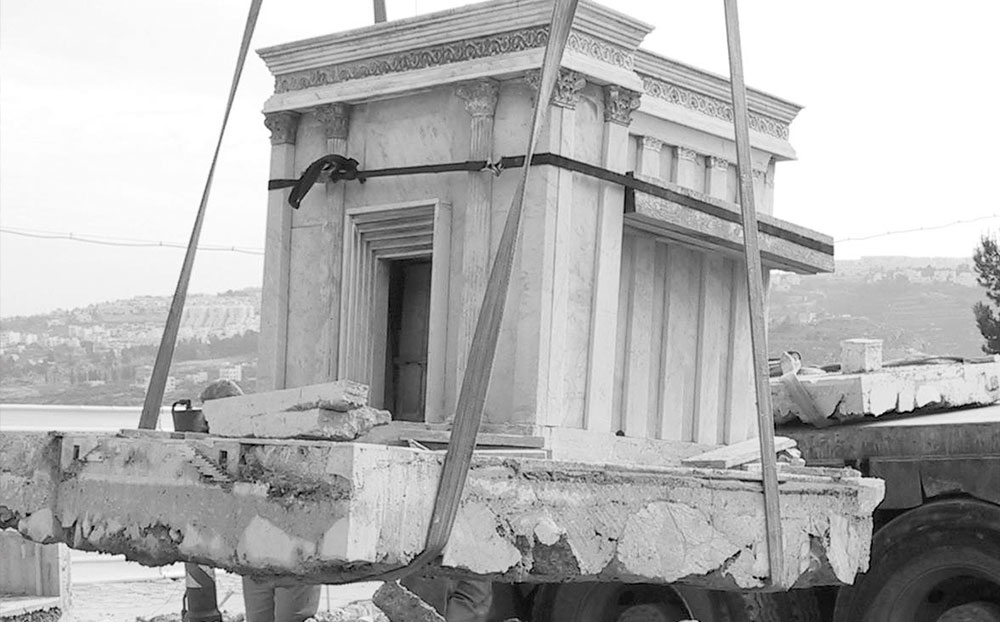 History of the model

The Model of Jerusalem in the second Temple period was dedicated in 1966 in the Holy Land Hotel grounds in Jerusalem's Bayit Vegan neighborhood. Its significance was immediately recognized by researchers and students and alike, was to become a popular attraction for both Israelis and international tourists.

Hans Kroch, the hotel owner, had commissioned the building of the model, in memory of his son Jacob who fell in the War of Independence, in the battle over Kibbutz Nitsanim, where he lived. Kroch wished to endow Jerusalem, which was then cut off from the Old City, with a cultural and tourist attraction that was to show the city as it had looked at its peak, before its destruction.

When the time came to move the model elsewhere, the Israel Museum was deemed the most appropriate site, and in 2006 it was sawed into 100 parts, to be reassembled in the Museum campus.