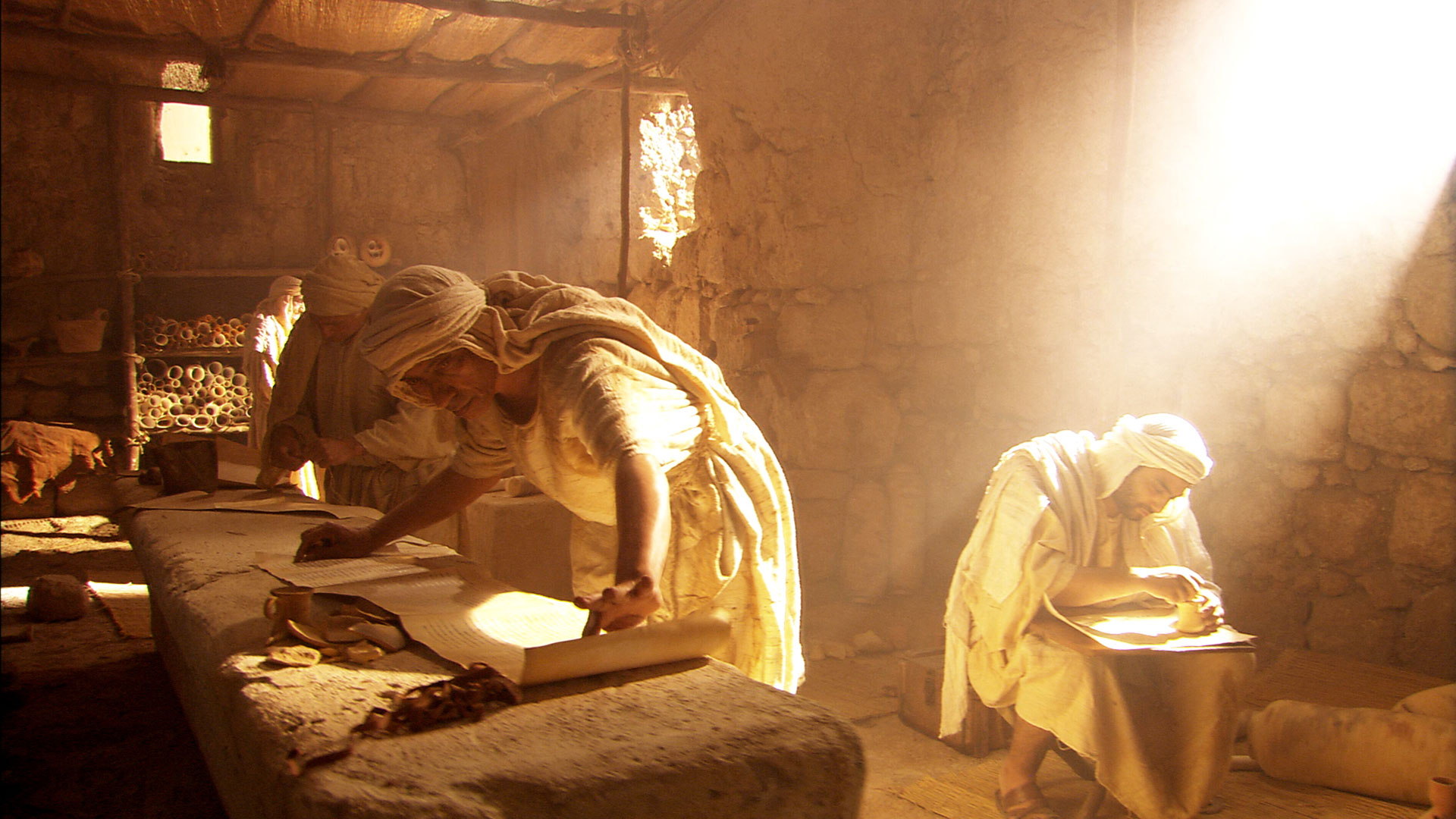 The Dorot Foundation Dead Sea Scrolls Information and Study Center in memory of Joy Gottesman Ungerleider was inaugurated in 2007. The center provides facilities for study, interpretation, and display intended to present the cultural treasures of the Shrine of the Book from many perspectives. It is distinguished by its simple design, complementing the spiritual interior space of the Shrine of the Book, an architectural icon in Israel and around the world. The Dorot Foundation extends the legacy of D.S. and Jeane H. Gottesman, who contributed to the purchase of the Dead Sea Scrolls and supported the construction of the Shrine in 1965

Rebirth: The Discovery of the Dead Sea Scrolls
A documentary film on the discovery of the scrolls and the construction of the Shrine of the Book
Screening times Sun – Thurs, immediately following A Human Sanctuary

A Human Sanctuary
Feature film about the Judean Desert sect based on information derived from ancient literature and archaeological finds. Tells the story of three, young Jews who lived during the final days of the Second Temple Period.
Screening times every half hour on the hour during Museum hours