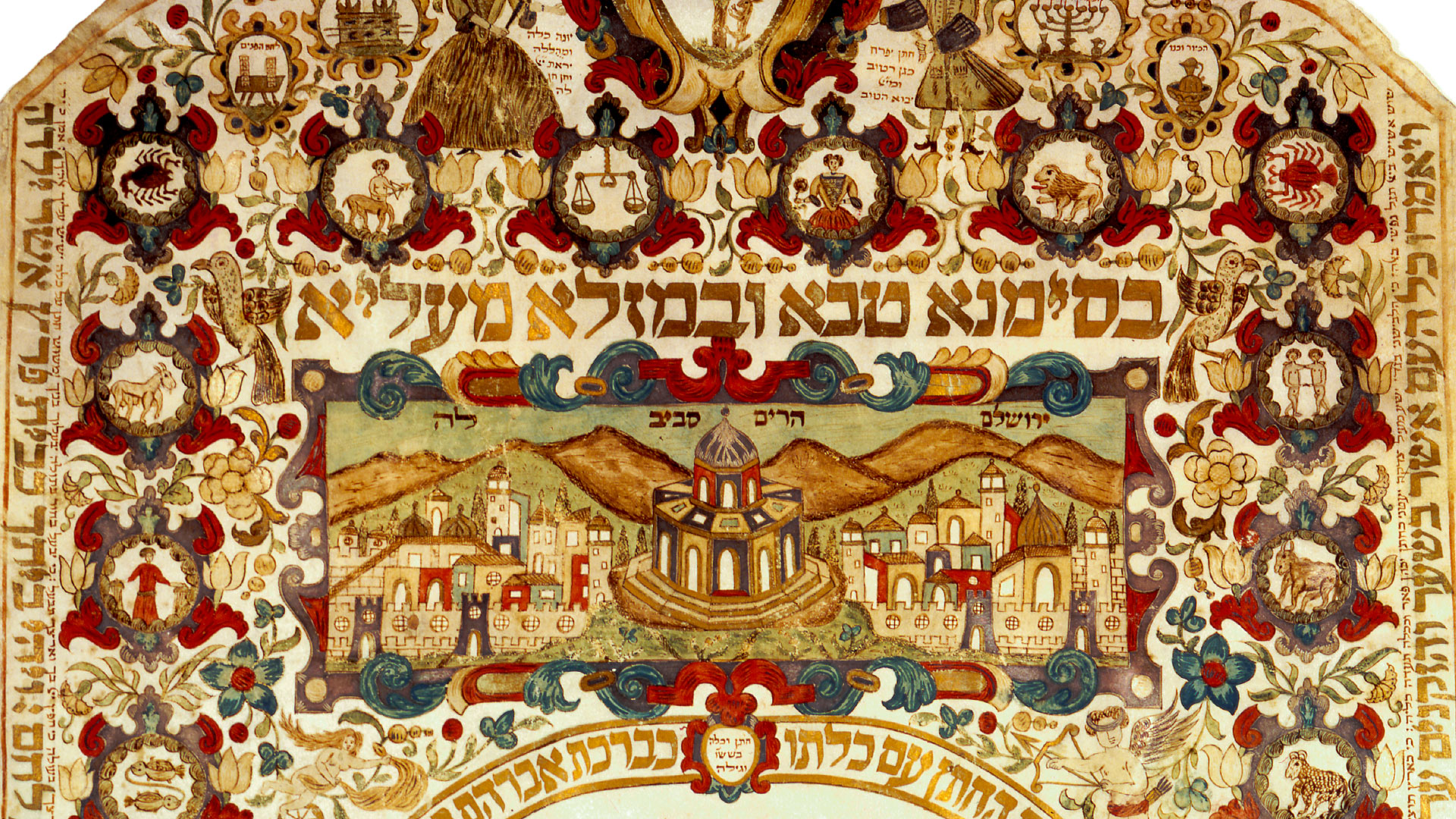 Birth, marriage, death – each of these important passages in life is marked by ceremonies that create a time-honored framework of rituals that mark the transition from one stage to the other. Their familiar patterns strengthen one’s sense of belonging to a community while marking a new personal identity, and a new standing in society.

This gallery contains a wide range of objects used in Jewish life-cycle ceremonies, such as: an embroidered outfit for a circumcision from Turkey; next to an amulet protecting a newborn baby from Italy; A richly embroidered Bridal dress from Morocco and a bride’s jewelry set from Poland; A Huppah stone from Germany, which served to break the glass at the end of the wedding ceremony, as well as a majestic burial society carriage from Hungary, used to carry the dead on their last journey.

Some of these objects were created for a particular ceremony, but then also used in other ceremonies. For example, a bride’s veil and skirt from Cochin, was later inserted in a Torah ark curtain used on Yom Kippur, thus enhancing the connection between life and death, the individual and the community as well as the sacred and the profane.

Some of the ceremonies are no longer in practice, others are still part of Jewish custom while some newly created ones are added. Thus past and present are woven together in the constantly changing rhythm of life.

Other exhibitions in
Rhythm of Life: Birth, Marriage and Death