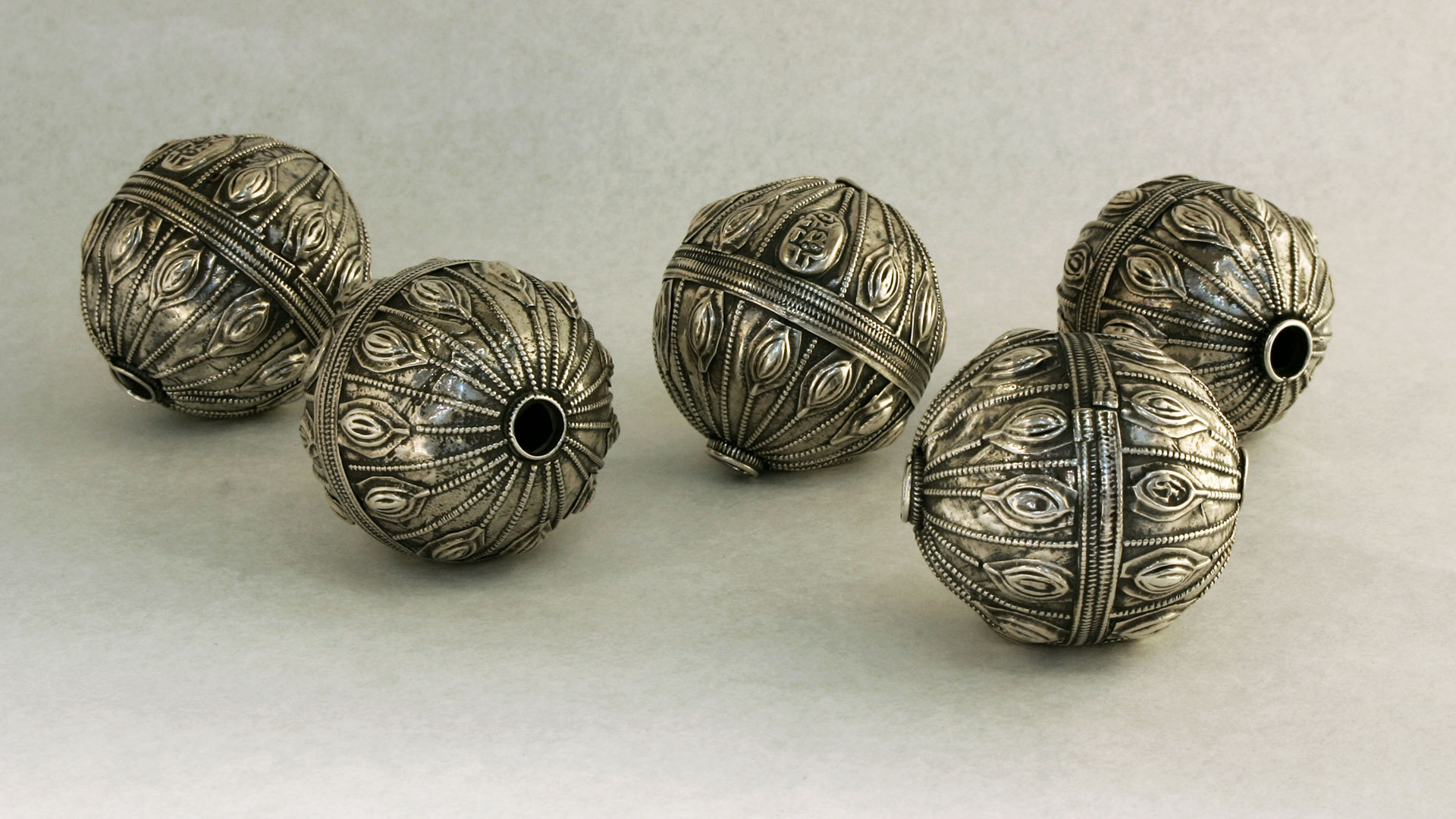 Costume and Jewelry: A Matter of Identity

The Israel Museum collection of Jewish dress and jewelry is one of the richest and most extensive in the world. The wide range of ensembles of dress and jewelry on view in the gallery offer a glimpse into the rich, and fascinating Jewish culture from different communities - mostly from Islamic countries, and a few from Central and Eastern Europe - from the late 19th to mid-20th century.

The dress and jewelry collection reveals the rich colors, the superb craftsmanship which has partly disappeared, and the materials of rare quality and textures, as can be seen in the jewelry of a Jewish bride from Djerba.

Items like the Sabbath coat of the Jerusalemite Hasid , or a man’s hooded cape  from Morocco, attest to the role of clothing as a rich cultural text, communicating the collective, as well as individual affiliation, social and economic status.

The external appearance of Jews throughout the world evinces the constant tension between segregation and integration that has always characterized the Jewish way of life in the Diaspora. At different times, Jews had to be distinguished by their external appearance, particularly when governmental restrictive decrees were issued – by Muslim as well as Christian governments – to maintain this distinction. Jews often chose to mark themselves by tzitzit, as on the fringed garment (tallit katan) from Yemen which also served as an everyday garment, and special head covers, like the Moroccan woman’s elaborated head-gear and wig . Sometimes Jews combined Hebrew script in their garments, or symbols associated with Jewish tradition, such as the Shiviti amulet from Iran. In most cases Jews dressed very similarly to their neighbors, and sometimes wore attire that was identical to that of their neighbors.

Other exhibitions in
Costume and Jewelry: A Matter of Identity