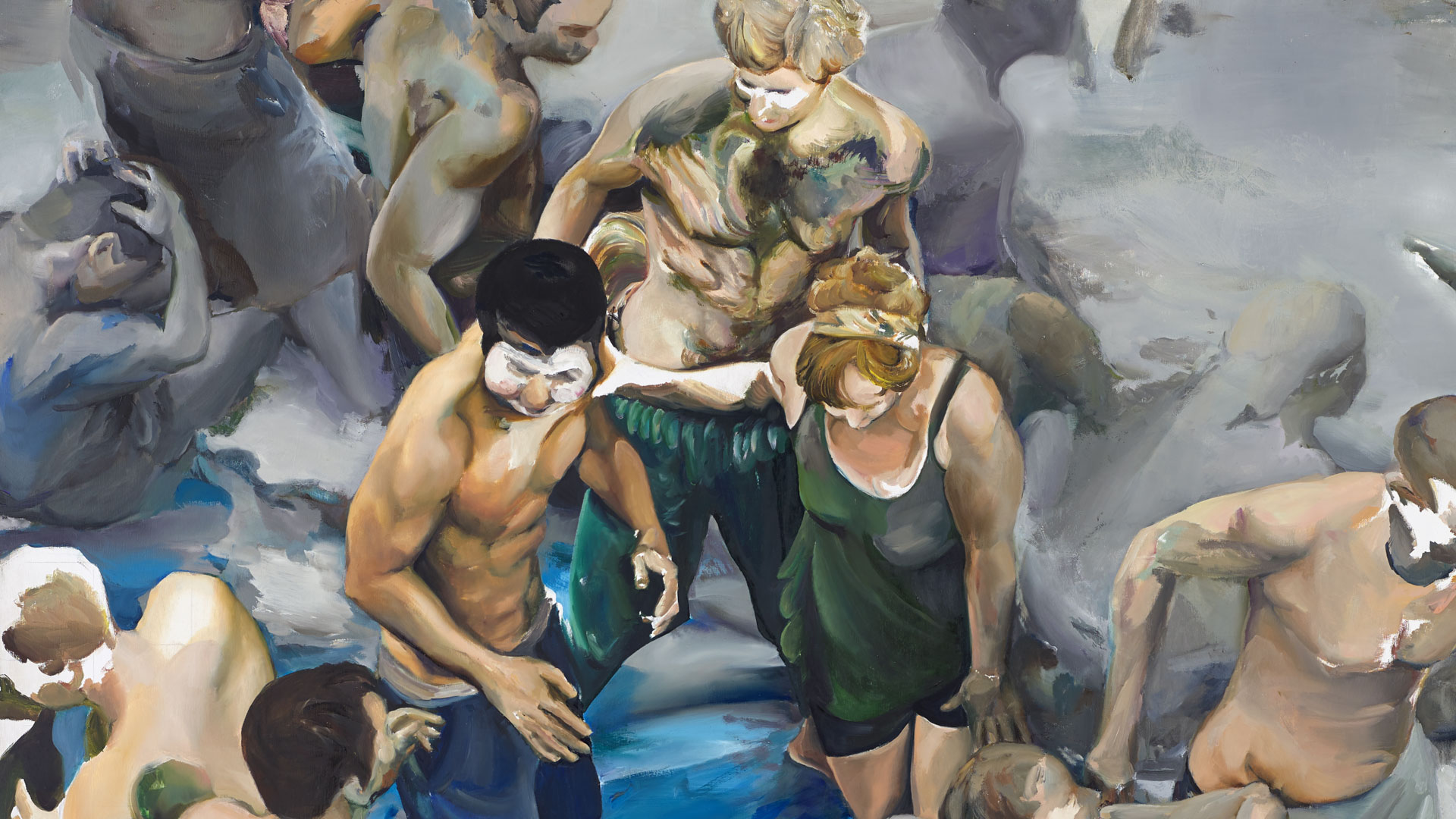 Neta Harari Navon’s intricate large-scale work, composed of 18 painted panels, offers a contemporary take on a subject portrayed in magnificent wall paintings that adorned Renaissance and Baroque churches: The Last Judgment. In keeping with Christian doctrine, such works divided humanity into the righteous and the wicked. In depictions by Michelangelo, Bosch, Tintoretto, and others, Paradise is countered by Hell, and Jesus is positioned between them to determine the fate of every person. But this work is titled “Judgment Day,” without the word “the” – thus challenging the idea of one single day of judgment that is determined on high. Rather, the artist may be suggesting, the verdict on our behavior and the fate of our society rest in our own hands.

This work has an additional source of inspiration, one that is very different from Old Master paintings: mud festivals, mass happenings in which people release primal energies and cast off the restraints of civilization.

In Harari Navon’s Judgment Day, Jesus is absent; there is no judge, no judgment, no one to decide who is righteous and who has sinned. The center of the painting is its emptiest point, as though some sort of centrifugal force is pushing the figures to the sides. The work as a whole alludes to two diametrically opposed traditions: the rigorous imposition of behavioral standards of good and evil versus a defiance of order and proper behavior. Instead of taking a position, the artist invites viewers to focus on movement, composition, forms and figures, textures and colors, and on the power of painting to blend the physical with the metaphysical by using earthly materials to express the most sublime of ideas. 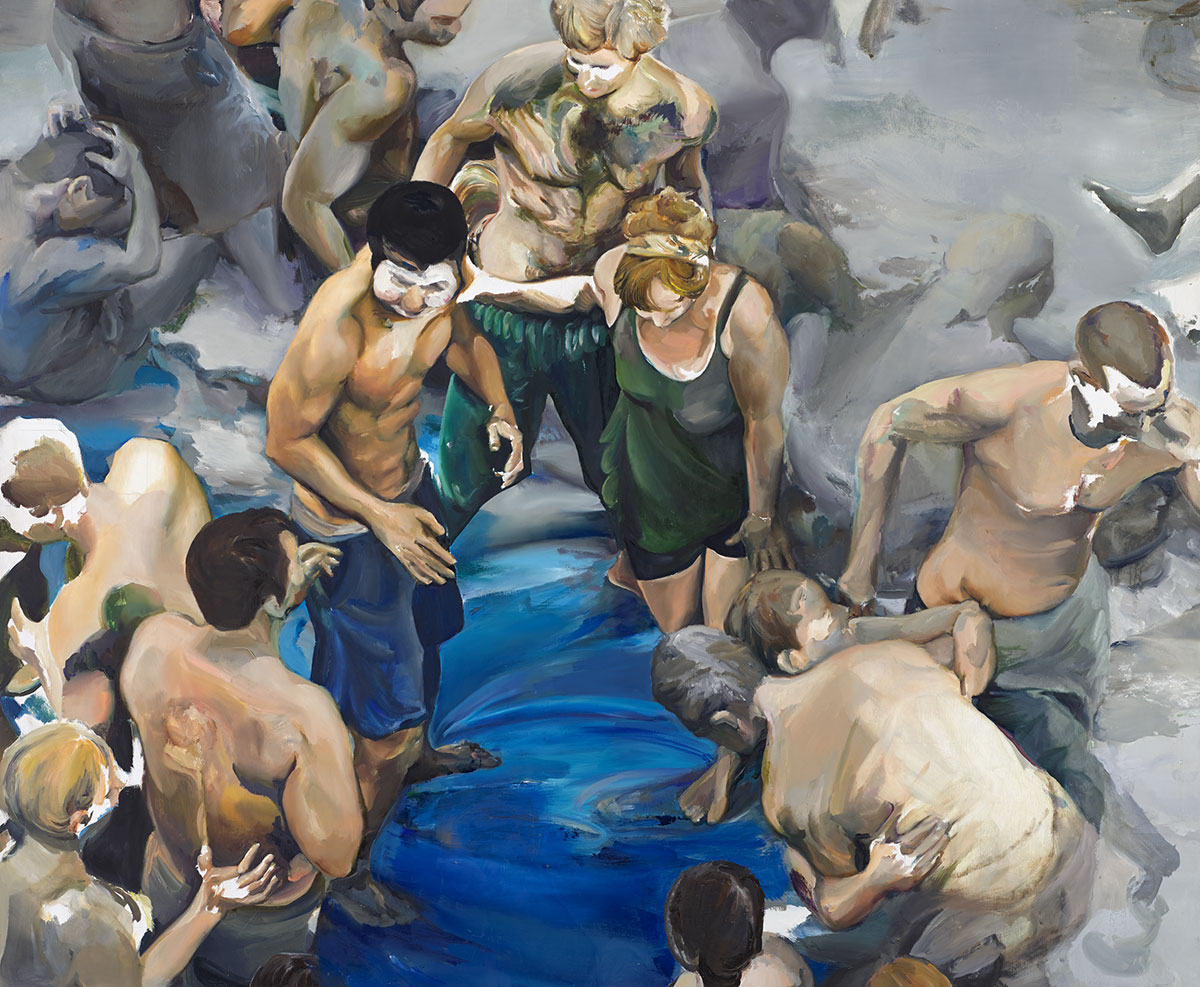