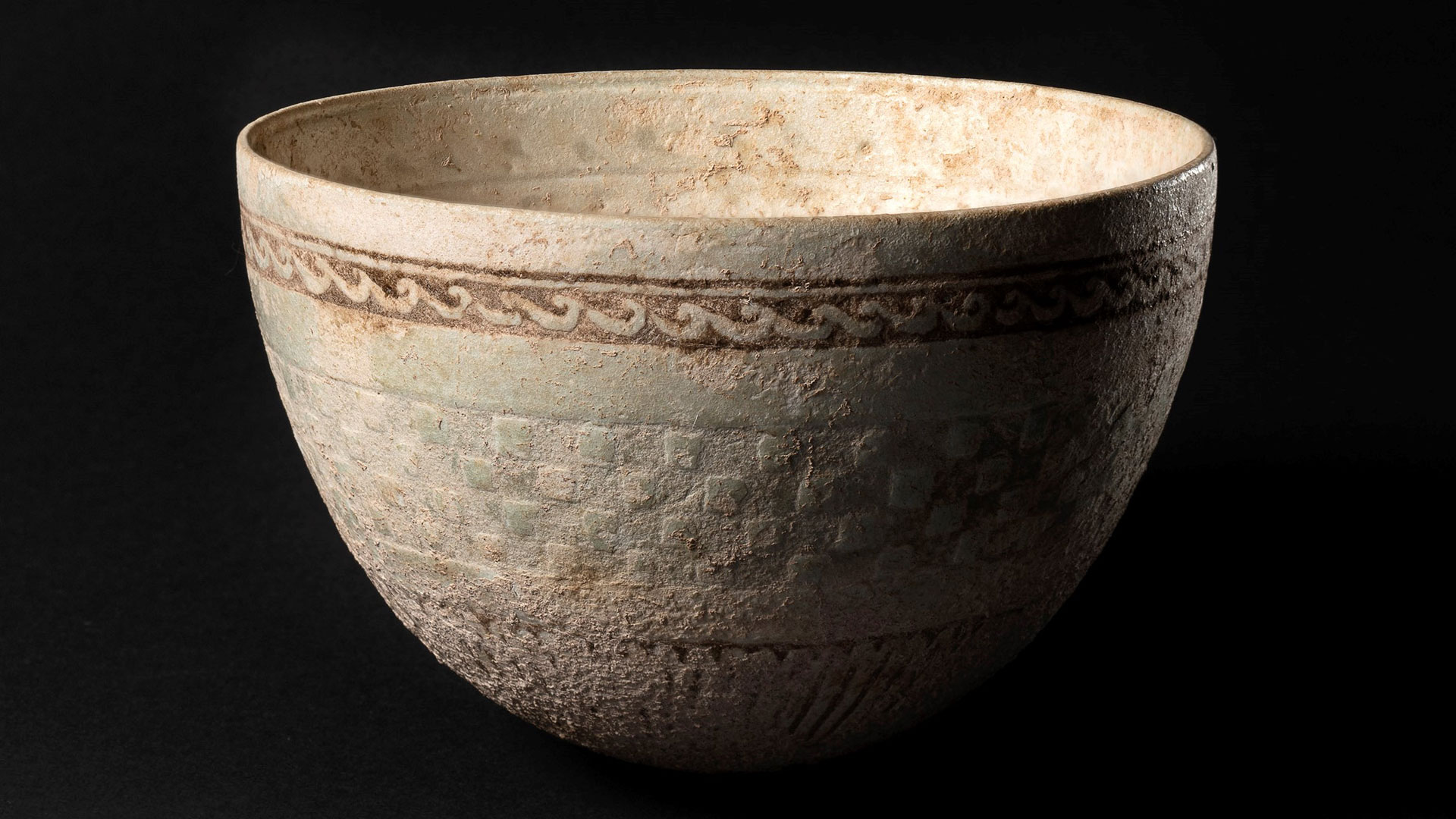 This is a bowl made of faience, a substance created from the same components as glass, but in different proportions. The result is a unique vitreous material, something halfway between ceramic and glass in nature. The original color – deep blue – is preserved only in the base. The bowl is adorned with geometric and vegetal patterns, painted and cut.

The artifact was discovered on the grounds of Kibbutz Mishmar Ha'Emeq, in the ruins of a Hellenistic - Early Roman burial cave. It would have served as a burial offering. Judging from its context, shape, and decorative style, it can be dated to the Hellenistic period, specifically the mid-second century BCE.

This vessel was most likely produced in Alexandria, Egypt, where several faience workshops operated throughout the Hellenistic period.