"What Now" | The Israel Museum, Jerusalem
Skip to main content 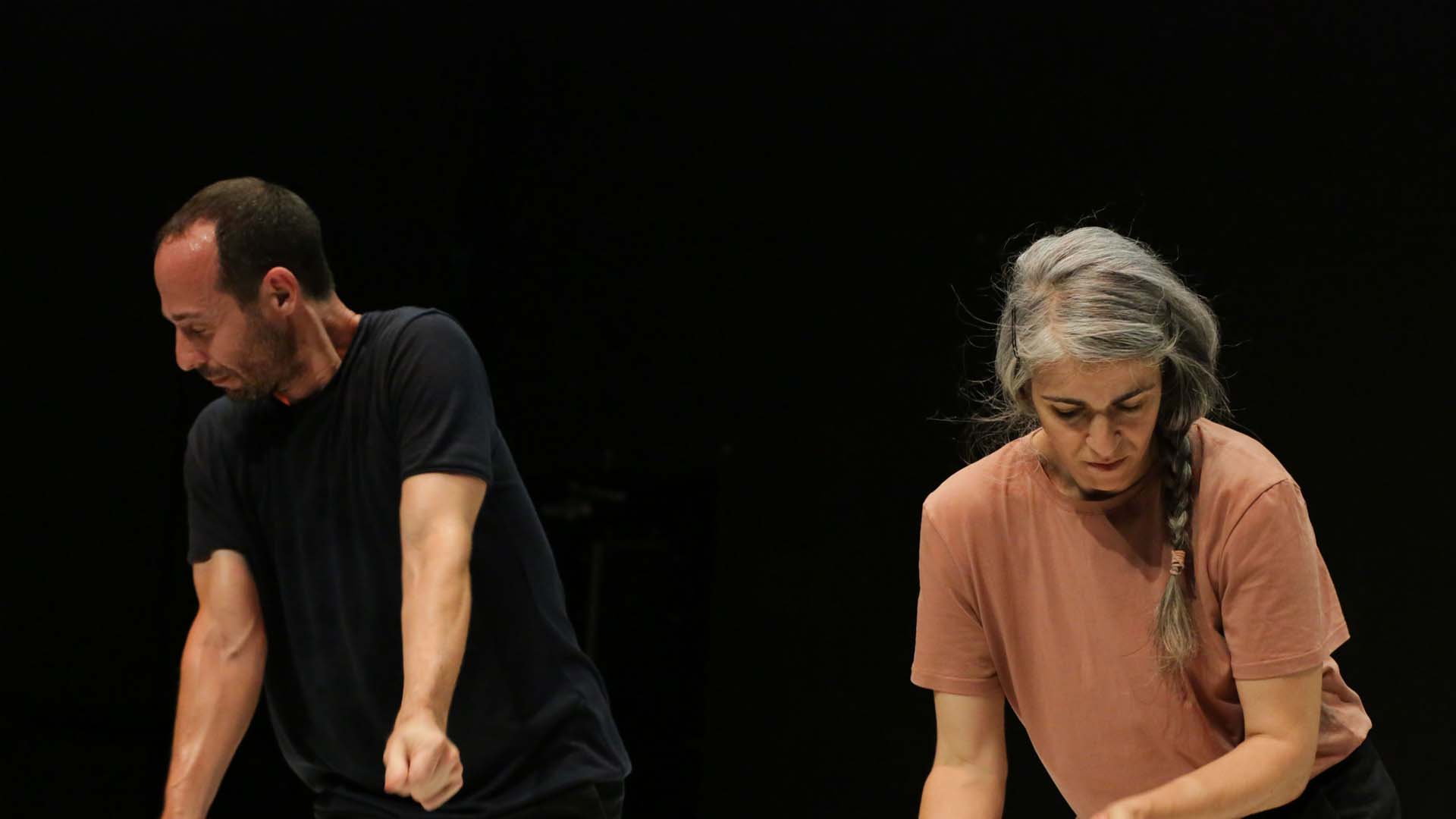 "What Now" is the third chapter in a trilogy of ars poetica duets on dance, aesthetics and ethics. The trilogy began with "We Love Arabs" - a choreographic satire about racism and stereotypes. It continued with "The Swan and the Pimp" - a dance journey between gender cliches, and iconic swan images. The previous two duets were based on contrasts of "black and white", while "What Now", which seals the trilogy, is free of dichotomies. Sharon Zuckerman Weiser and Hillel Kogan are a harmonious stage couple. They share a skeptical view of art and life, they feel that dance is their family, and as in any family relationship - at certain moments it's just unbearable. They argue, dig, scrabble in body and words, and they enjoy music and dancing.