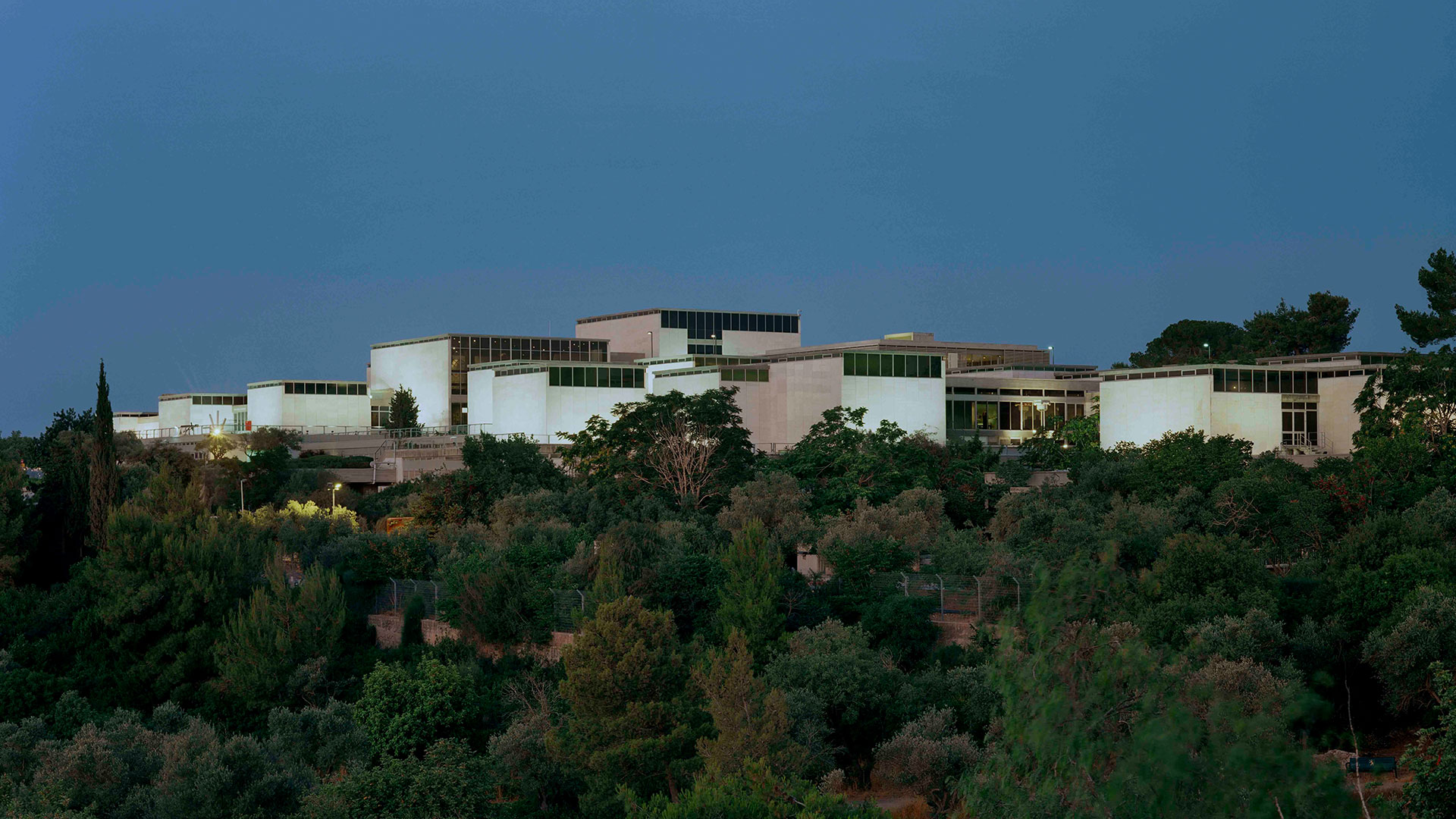 The Israel Museum is the largest cultural institution in the State of Israel and is ranked among the world’s leading art and archaeology museums. Founded in 1965, the Museum houses encyclopedic collections, including works dating from prehistory to the present day, in its Archaeology, Fine Arts, and Jewish Art and Life Wings, and features the most extensive holdings of biblical and Holy Land archaeology in the world. In nearly seventy years, thanks to a legacy of gifts and generous support from its circle of patrons worldwide, the Museum has built a far-ranging collection of nearly 500,000 objects, representing the full scope of world material culture.

In November 2017, Prof. Ido Bruno took up his role as Director of The Israel Museum, Jerusalem. To Prof. Bruno's Welcome Address

In the summer of 2010, the Israel Museum completed the most comprehensive upgrade of its 20-acre campus in its history, featuring new galleries, entrance facilities, and public spaces. The three-year expansion and renewal project was designed to enhance visitor experience of the Museum’s collections, architecture, and surrounding landscape, complementing its original design by Alfred Mansfeld and Dora Gad. Led by James Carpenter Design Associates of New York and Efrat-Kowalsky Architects of Tel Aviv, the project also included the complete renewal and reconfiguration of the Museum’s Samuel and Saidye Bronfman Archaeology Wing, Edmond and Lily Safra Fine Arts Wing, and Jack, Joseph, and Morton Mandel Wing for Jewish Art and Life.

Among the highlights of the Museum’s original campus is the Shrine of the Book, designed by Armand Bartos and Frederick Kiesler, which houses the Dead Sea Scrolls, the oldest biblical manuscripts in the world, as well as rare early medieval biblical manuscripts. Adjacent to the Shrine is the Model of Jerusalem in the Second Temple Period, which reconstructs the topography and architectural character of the city as it was prior to its destruction by the Romans in 66 CE, and provides historical context to the Shrine’s presentation of the Dead Sea Scrolls.

The Museum’s celebrated Billy Rose Art Garden, designed for the original campus by Japanese-American sculptor Isamu Noguchi, is counted among the finest outdoor sculpture settings of the 20th century. An Oriental landscape combined with an ancient Jerusalem hillside, the garden serves as the backdrop for the Israel Museum’s display of the evolution of the modern western sculptural tradition. On view are works by modern masters including Jacques Lipchitz, Henry Moore, Claes Oldenburg, Pablo Picasso, Auguste Rodin, and David Smith, together with more recent site-specific commissions by such artists as Magdalena Abakanowicz, Mark Dion, James Turrell, and Micha Ullman.

The Ruth Youth Wing for Art Education, unique in its size and scope of activities, presents a wide range of programming to more than 100,000 schoolchildren each year, and features exhibition galleries, art studios, classrooms, a library of illustrated children’s books, and a recycling room. Special programs foster intercultural understanding between Arab and Jewish students and reach out to the wide spectrum of Israel’s communities.

In addition to the extensive programming offered on its main campus, the Israel Museum also operates two off-site locations: the Rockefeller Archaeological Museum, an architectural gem built in 1938 for the display of archaeology from ancient Israel; and Ticho House, which offers an ongoing program of exhibitions by younger Israeli artists in a historic house and garden setting.