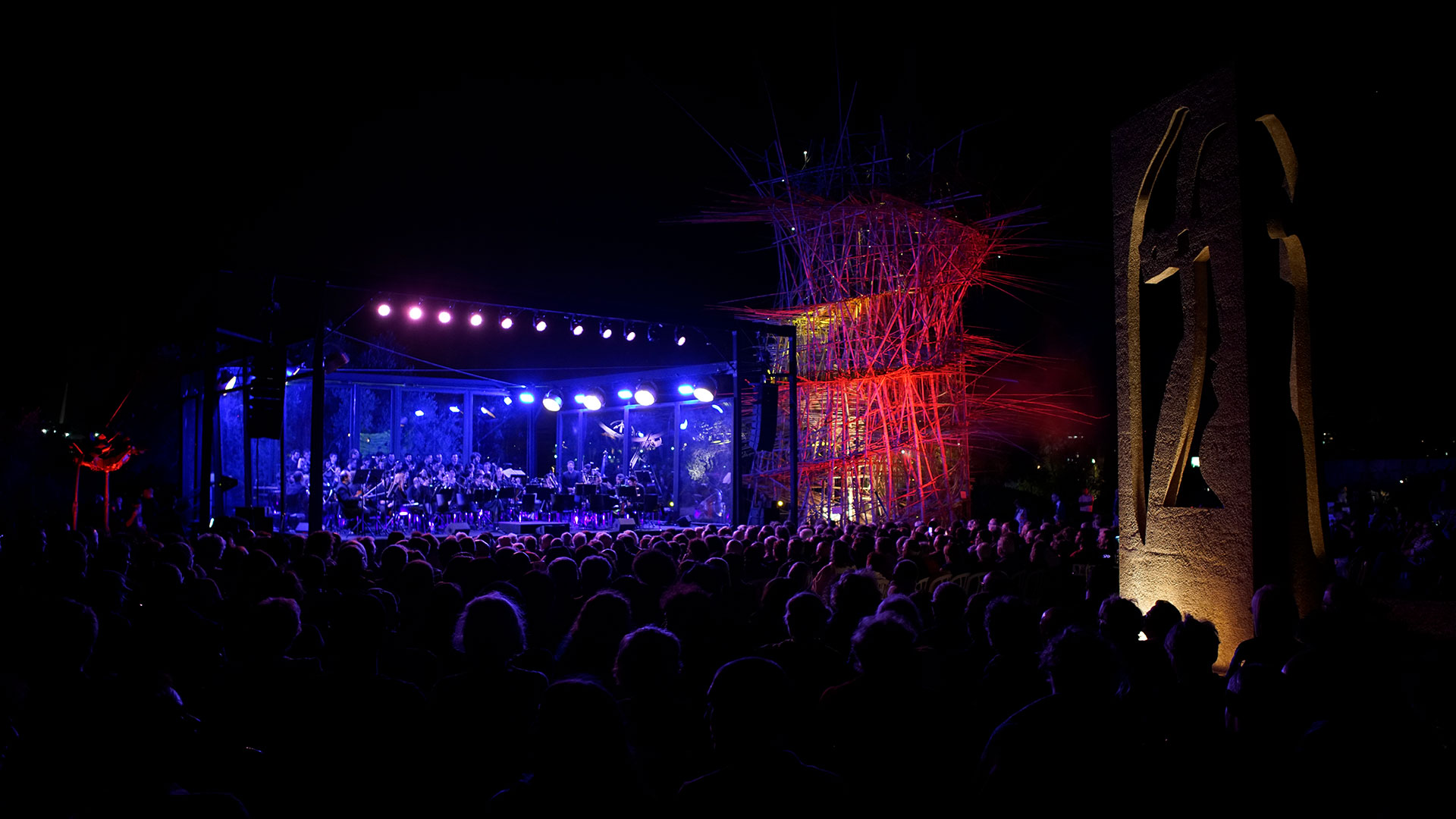 It is with great pleasure that I invite you to a unique type of music festival, an encounter between the musical compositions of European masters and the masterpieces of visual art displayed in The Israel Museum, Jerusalem. The festival offers a rare opportunity to hear leading ensembles and soloists from around the world, including harpist Xavier de Maistre, soprano Chen Reiss, Quatuor Danel – performing all sixteen Beethoven string quartets – and legendary jazz bassist Ron Carter. Read more.

A Concert for Shavuot
Choral concert of Italian-Jewish and Israeli music
May 30 | 2.15 pm | Wing for Jewish Art and Life

Back to Scripture
Choral concert of Psalms from the Renaissance until today
June 2 | 2.15 pm | Shrine of the Book

It is with great pleasure that I invite you to a unique type of music festival, an encounter between the musical compositions of European masters and the masterpieces of visual art displayed in the Israel Museum, Jerusalem.

Each gallery venue has been selected in keeping with the nature of each concert. Thus, for example, the EuropaChorAkademie will play Psalms compositions from the Renaissance to the present day in the Shrine of the Book, which houses the world’s oldest biblical scrolls; and “Eight Songs for a Mad King” by the modern composer Peter Maxwell Davies will be performed alongside archaeological artifacts attesting to the madness of kings in ancient times. Through enlightening juxtapositions such as these, layers of meaning and feeling are uncovered to produce a new work that is both seen and heard. Each concert will be preceded by a different gallery tour providing a broad cultural context and addressing this reciprocity between note and line, spirit and matter.

The festival features a host of genres and styles: from liturgical music through compositions by the classical masters of the 18th and 19th centuries to experimental 20th-century music. In this sense, it reflects the multifaceted history of European culture and its diversity – a message that is of undoubted relevance coming from Jerusalem, the city that has always been part of European spiritual and geopolitical consciousness.

I hope that you will join us in seeing the sounds and hearing the sights created by the world’s great musicians and artists.
Looking forward to the festival,