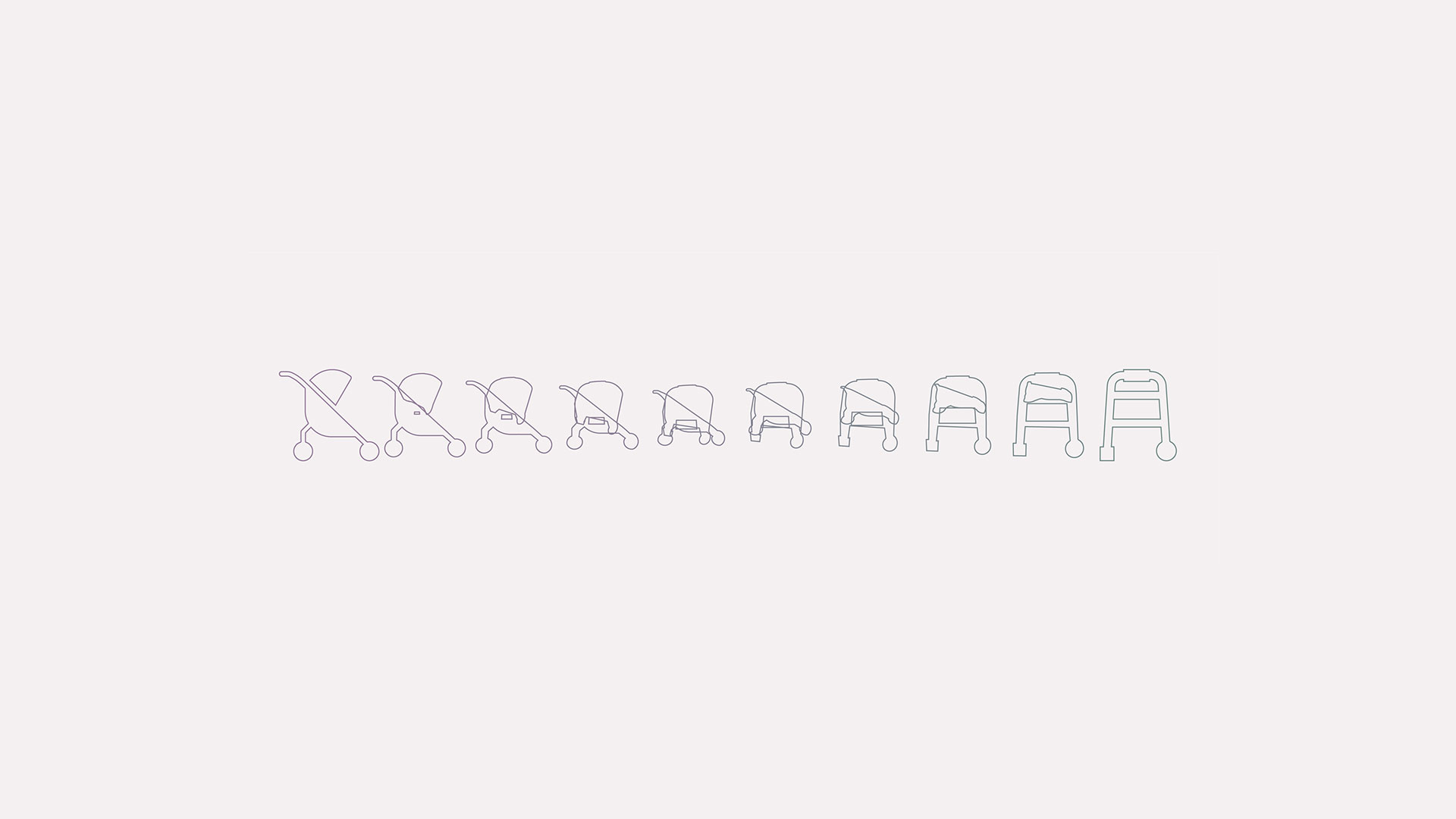 The Israel Museum Prizes for Art and Design are awarded every two years to outstanding artists, in recognition and encouragement for their artistic work.
Professor Ido Bruno, Director of the Israel Museum, Jerusalem: "These are six unique artists, each in his or her field, whose work enriches art and culture in Israel and abroad. In the complex environment in which artists in Israel have operated in recent years, the Museum's prizes are designed to highlight the artists’ extraordinary contribution and assist in the advancement of Israeli art. "
The prize awarding ceremoney was held at the Israel Museum on Tuesday, February 12, 2019 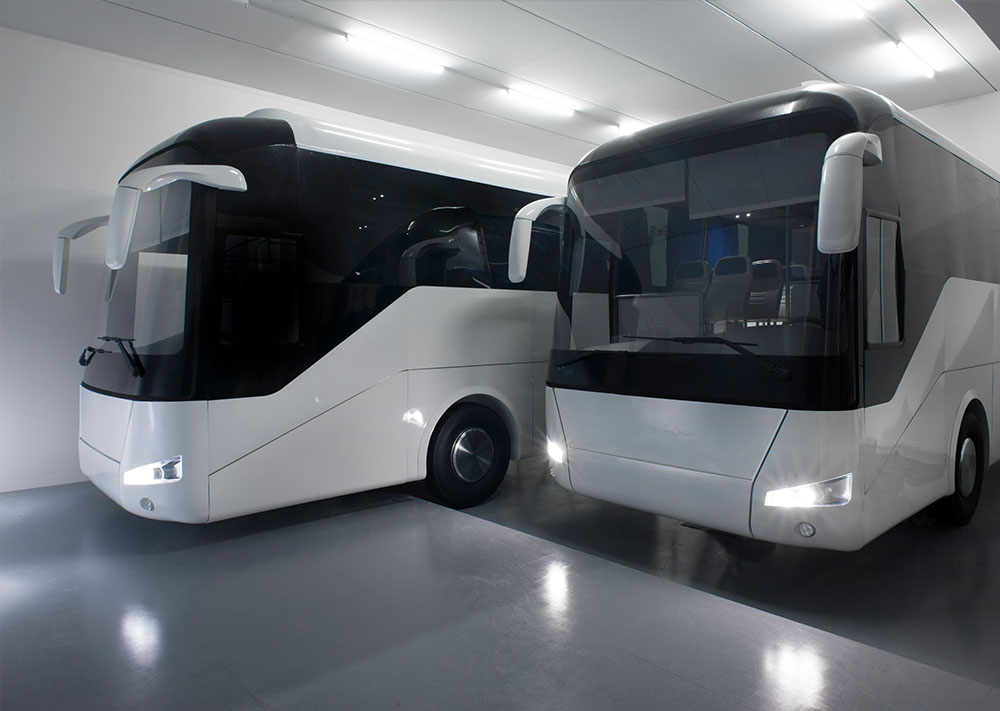 Gil Marco Shani (b. 1968) is an original and groundbreaking artist who works in the field of installation and painting.

After completing his studies at the Bezalel Academy of Art and Design in the early 1990s, Shani presented his first solo exhibition at the Israel Museum, "Decorative Attendants", which merged human presence and exhibition objects.  His paintings feature a schematic outline on a uniform background, and they mark events, many of which bubble under the surface of polite culture. Shani's superb installations are challenging architectural interventions implanted in the heart of the museum and examine the basic assumptions of the museum experience in all its aspects. The spaces he created, such as: motel rooms, tropical forest, nightly stairway or enclosed bus depot, are surprising environments, charged and rich in details. Shani succeeds in surprising visitors each time in an artificial environment, full of beauty that is enveloped by a petrifying silence and feelings of threat and anxiety. The ambitious installation "Busses," which is currently on display at the Israel Museum, is one of the highlights of his work and a major achievement in Shani's consistent body of work. 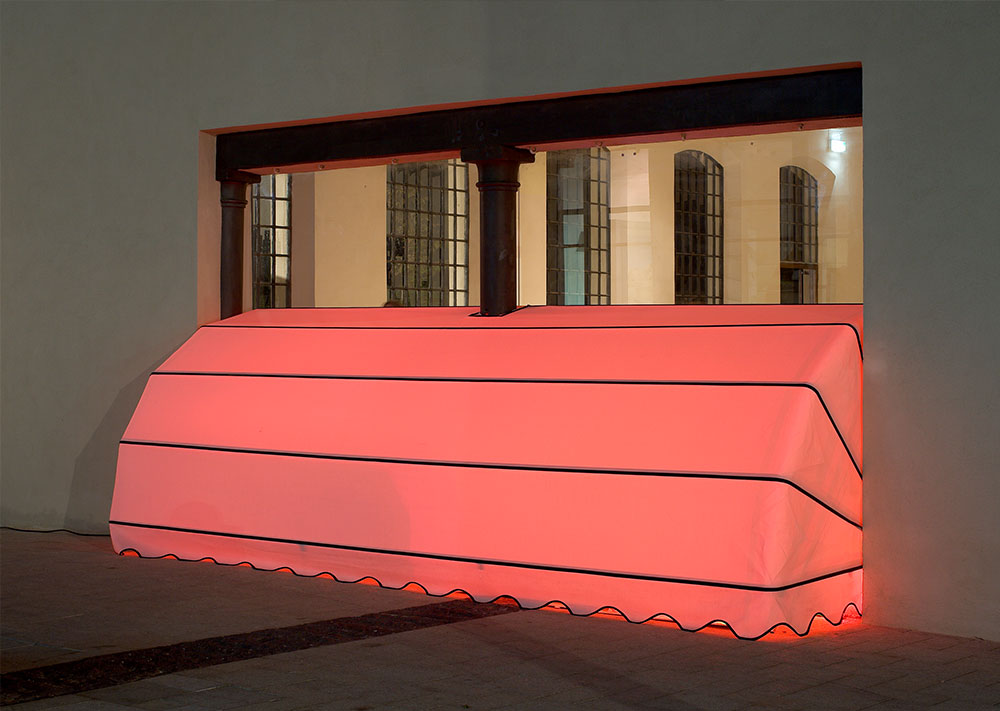 Hila Tony Nabok (b. 1974) is a multidisciplinary artist, working in sculpture, installation, video and recording.

Nabok decodes the aesthetic codes of mass-produced everyday objects. Like a magician, she takes industrial objects, public or domestic, sorting and editing them, thus creating compositions of distinct aesthetics and color derived from modernist forms. The industrial products are treated by the artist as raw material, which invites viewers to pause for a moment and experience the beauty of familiar objects. Nabok casts them as if they're actors in theater, charges them with performance qualities, and creates precise, playful and humoristic puns. 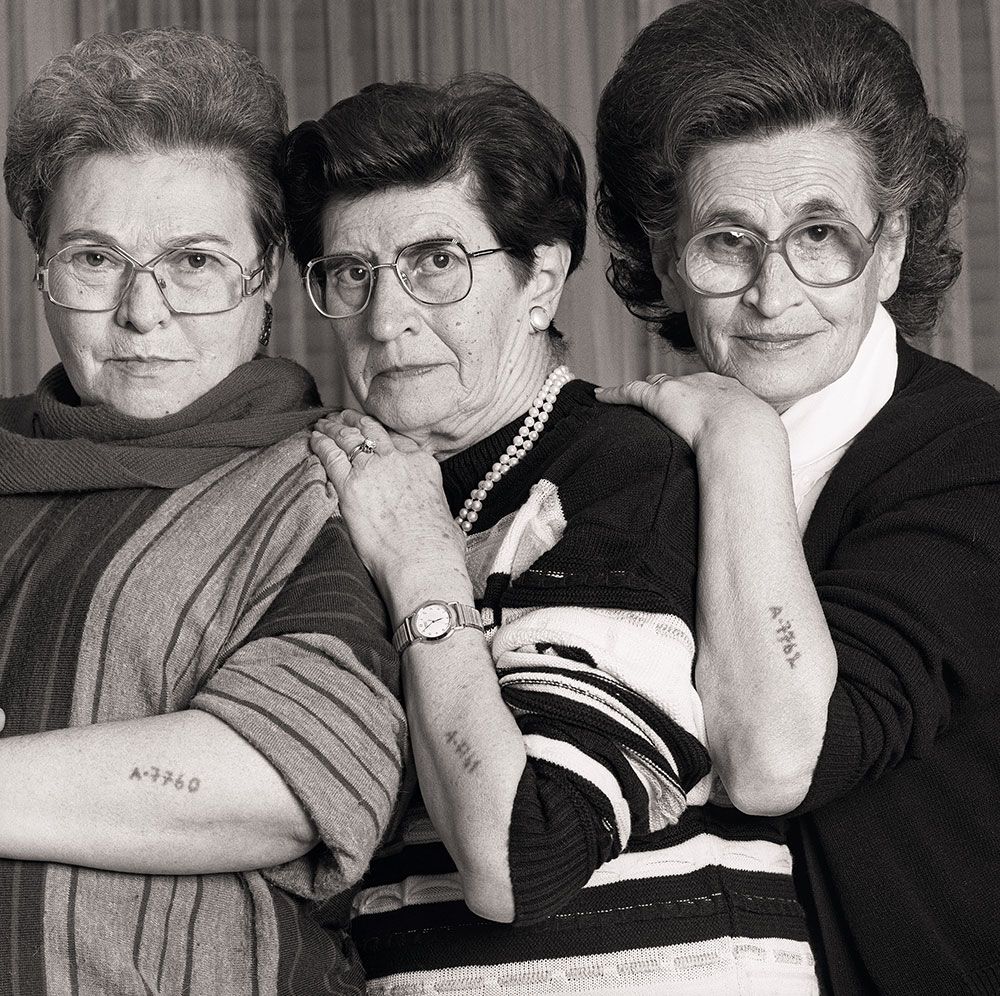 Vardi Kahana (b. 1959) was awarded Enrique Kavlin Lifetime Achievement Award for Photography for the wide range of her artistic and curatorial work over the years, ranging from photojournalism to art photography.

Kahana is known for her crucial contribution in expanding and creating additional spaces for local photography, acts which are highly appreciated by artists, teachers and students in the field. In addition, due to her activities, photojournalism and commercial photography have a place in exhibition spaces designated for art. In her personal and attentive work, Kahana reached extraordinary achievements in the field of portrait photography, creating a rich language of photographic expressions, both in her photography of celebrities and of her own family.

The jury believes that Kahana's stamp is deeply embedded in the collective visual memory of Israel, and will affect the image of this place in the future. 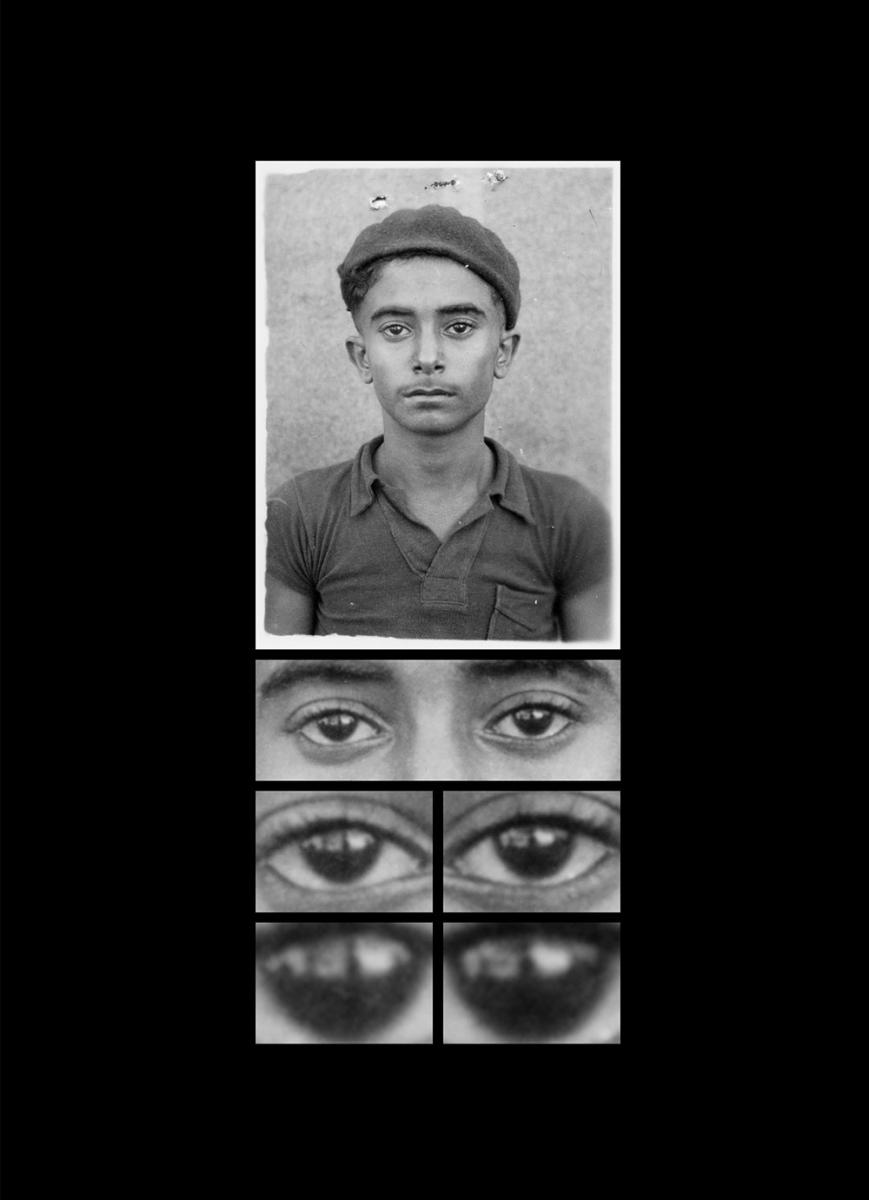 Shabtai Pinchevsky's (b.1986) work embodies a special relationship with the place of its creation and involves current political and social issues.

Its connection to our time also stems from the advanced formative and technological choices, used frequently by the artist. His landscapes and the holy sites in Jerusalem presented in his work are the product of sophisticated use of digital materials from the web. This, combined with unknown archival material, allows the artist to embed his biographical perspective in his work, in an original and accessible way.

While Pinchevsky's work stems from photography, it extends to various fields - from video and software programming to sculpture and sound. Pinchevsky's unique work holds potential both in his own actions and in his collaboration with other artists. 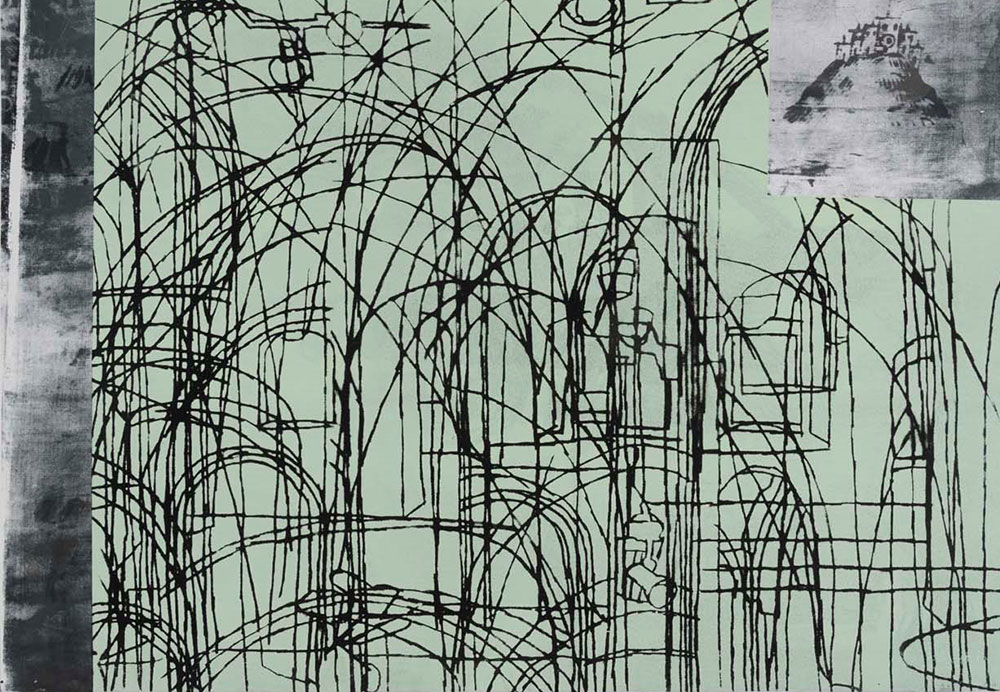 Sharon Poliakine, From the series Window to the East, 2017, Etching and screenprint, photograph: Avraham Hay

Sharon Poliakine (b. 1964) is one of the most prominent print artists in Israel of the last two decades. Unlike many of her colleagues, she began her career in the print industry, and from there she continued to painting and sculpture. Poliakine worked as a print-artist at the Jerusalem Print Workshop for nineteen years. Her rich experience in the workshop and the expertise she has developed in the area of etching are evident in her work, and enrich its  expressive power. Poliakine's unique abilities are harnessed to examine the vitality of the glorious tradition of Print-Making  in contemporary eyes.

Ifat Keinan-Guy's (b. 1975) research proposal examines the development of a design language in the field of rehabilitation therapy; Her research was based on observations at the Physiotherapy Department at Hadassah University Hospital, Mount Scopus in Jerusalem.

Through examining objects and their role in the interaction between therapists and patients, Keinan-Guy strives to identify and analyze visual and functional characteristics and to formulate theoretical and practical insight, thus contributing to its advancement through the design. A large proportion of the designated objects for treatment were designed by the therapists themselves, in a process of improvisation and invention, sometimes even at the initiative of the patients. Their aesthetics reflect a homely and day-to-day language that contrasts with the clinical vision of hospital equipment.

In her proposal the artist combines methods of linguistics and semiotics with the purpose of understanding the implications of the design language on the rehabilitation process. The jury felt that the research subject was worthy and valuable, and were impressed by Keinan-Guy's knowledge and ability to analyze and implement her design, and especially the overall design, as a restorative factor for the benefit of society.