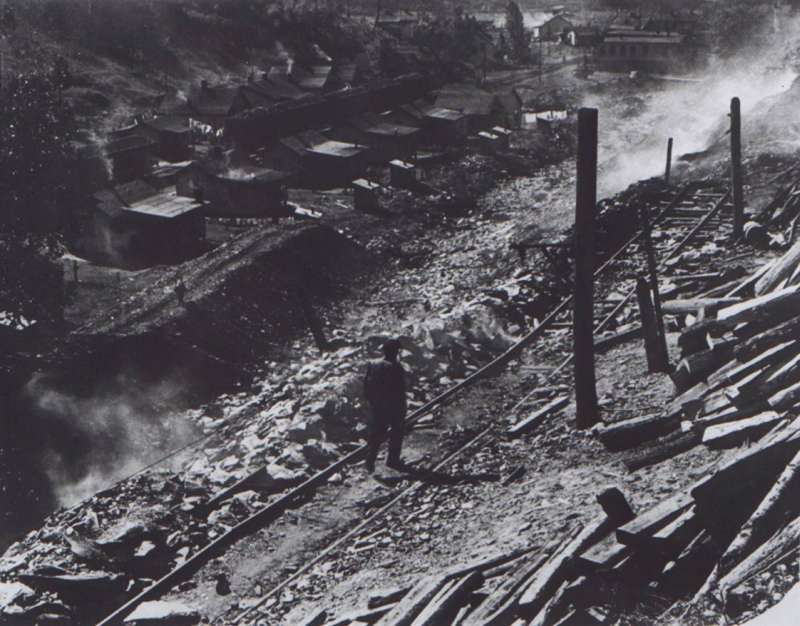 Gift of Gary B. Sokol and Susan Ehrens, San Francisco, to American Friends of the Israel Museum

Ben Shahn grew up in an environment of socialist ideals, with a father who was involved with the secular labor movements of the early twentieth century. As a result, the issues of social struggle, war, poverty, and politics are deeply embedded in Shahn's painting but especially in his extensive photographic documentation of working people. His work is directed at social and political issues, focusing on the poor and disenfranchised, whom he portrays with sympathy and compassion.

Under President Roosevelt's New Deal, the Farm Security Administration (FSA) and the Resettlement Administration commissioned photographers to document the many faces of the Great Depression and to help create support for the government agencies responsible for relieving unemployment and rural poverty. Shahn naturally joined them, producing some of the finest photographs of the project.

Shahn's work is simple, direct, and powerful. His social realist vision and acute eye are most evident in this photograph, whose perfect balance between subject and background unequivocally transmits the intended message. As he once explained, "You are not going to move anybody with the eroded soil - but with the effect this eroded soil has on a kid who looks starved, this is going to move people."