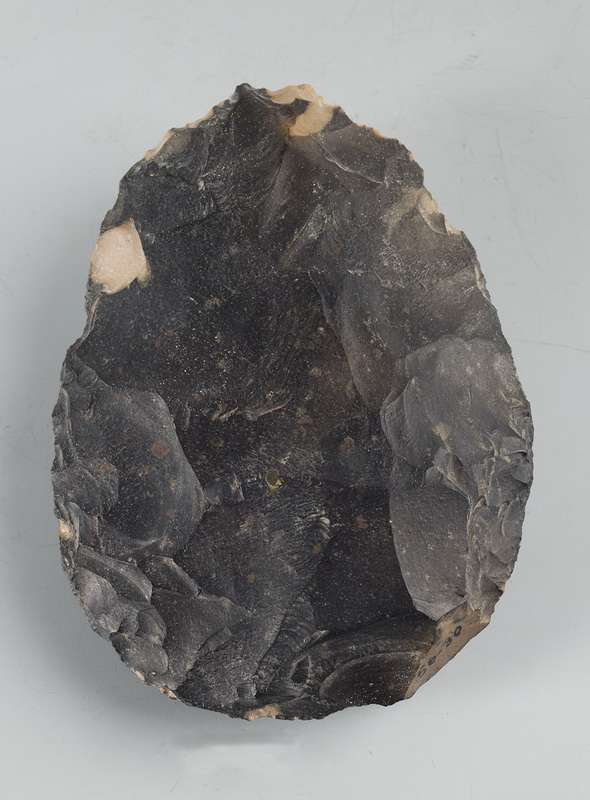 Handaxes are among the oldest tools produced by humans. They were in use longer than any other tool in human history - for around a million and a half years - and were distributed over a vast area - from southern Africa to northern Europe, and from England in the west to China in the east. Handaxes were used for cutting meat, breaking bones, chopping branches, digging, and many other purposes. They were manufactured by a series of complex procedures, which attest to the high cognitive and social capabilities of their makers.