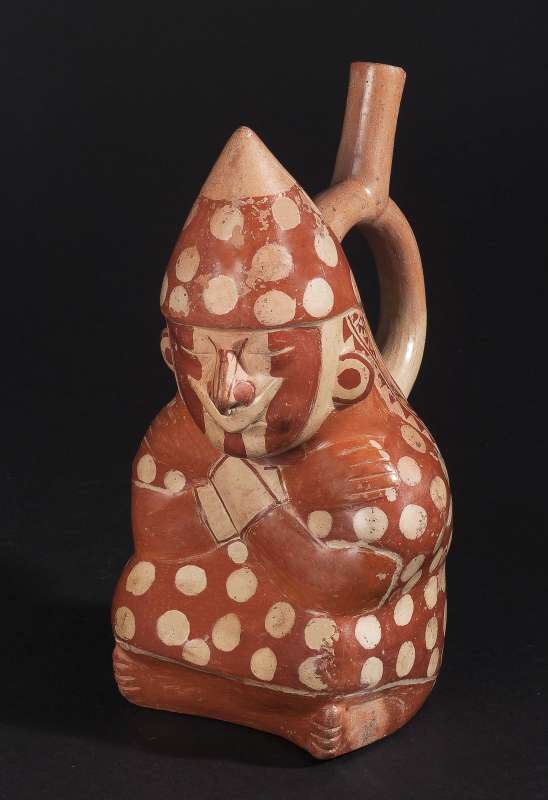 Gift of Robert and Loraine Sinskey, Santa Monica, California, to American Friends of the Israel Museum

Many of the three-dimensional ceramic figures of individuals produced by the Moche of Peru were functional vessels used to hold liquids. Depicted as a helmeted warrior, this seated Moche Lord is dressed in resplendence and adorned with articles attesting to his high status: ear discs and a crescent-shaped nose ornament that in real life would have been made of precious metals. Since the figure’s eyes are closed and his hands lie crossed over his chest, it seems that he is portrayed as dead, being prepared for funeral rites and his transition to semi-divine status.