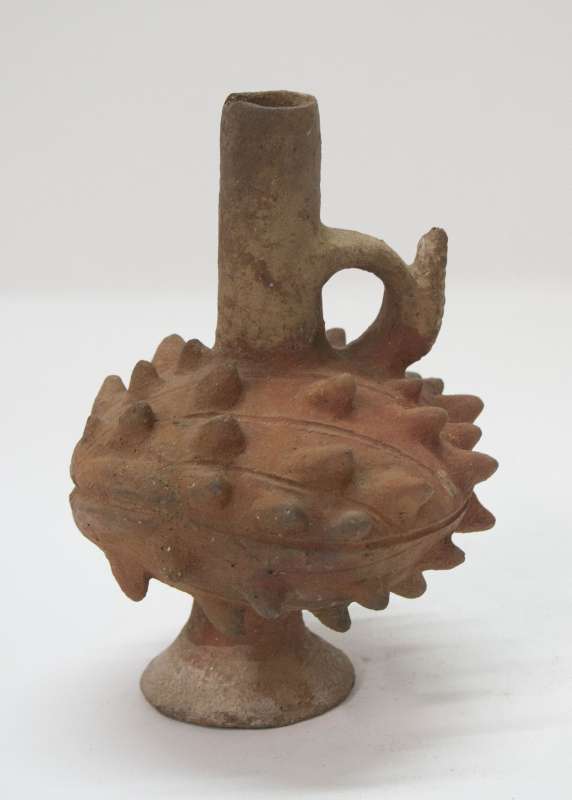 Iberian conquistadors may have pursued the gold of El Dorado in the New World, but South America’s earliest civilizations, beginning some 4,000 years ago, ascribed greater value to spondylus oyster shells and fine textiles. For this reason, a considerable number of vessels depicted Spondylus princeps, or thorny oysters, which could only be gathered from the depths of the Pacific Ocean by the most experienced divers and were considered uniquely valuable, particularly in the Andes. After being transported on rafts from the coast of Ecuador to Peru, the shells were used to make beaded necklaces, bracelets, and breastplates for the elite. The Inca emperor would walk on pathways scattered with seashell dust - similar to today’s “red carpets” - in order to demonstrate his wealth and power.