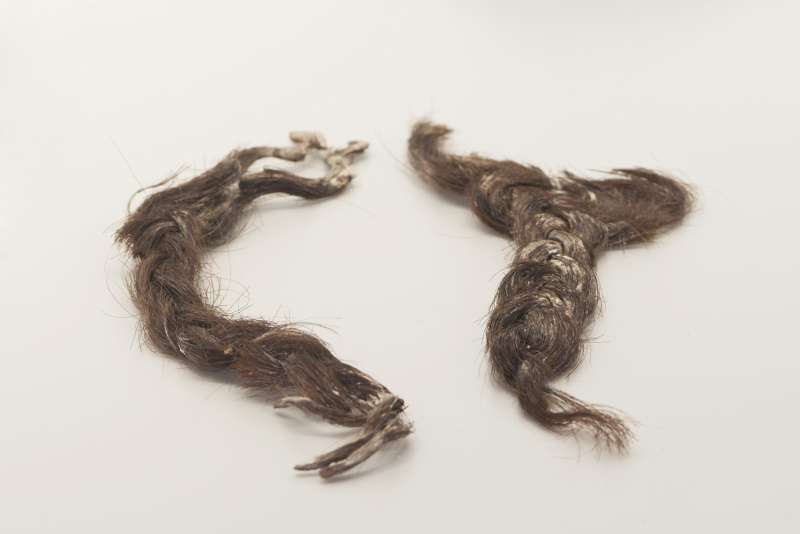 On the eve of Passover, 73 CE, when all hope was lost in the face of Roman siege, a meeting was held among the heads of the beleaguered Zealots on Masada. Under the leadership of Elazar ben Ya’ir, they decided to take their own lives rather than fall into Roman hands - so goes the account of Josephus Flavius. While archaeologists have never found the hundreds of bodies from this mass suicide, the skeletons of three Zealots were found in the northern palace: a young man and woman aged approximately 22 and 18, and a child around 11 years old. The three may have secluded themselves there on that fateful night so they could take their lives in private. Beside them, two fragile braids were found along with sandals of different sizes and scales from the armor of a Roman soldier. The armor was probably taken as spoils in war and was used by the young Zealot.