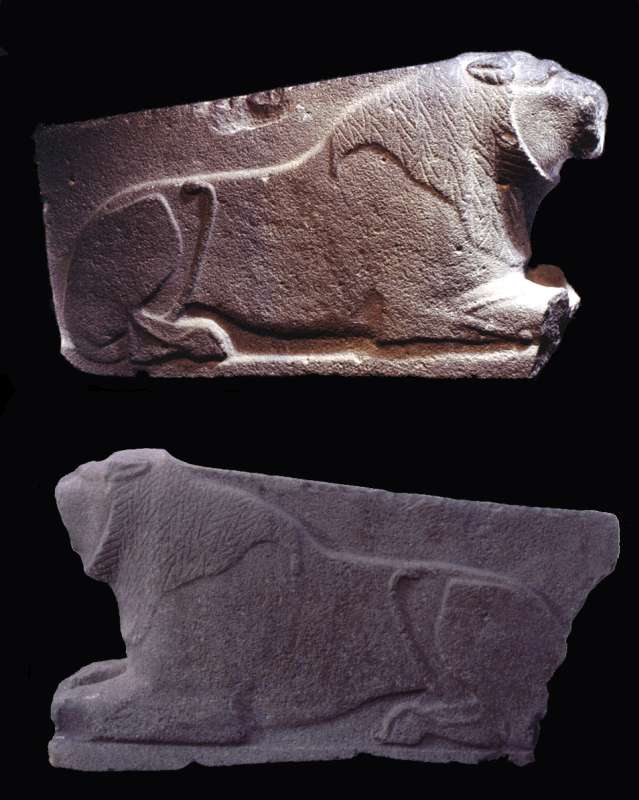 Lion reliefs, believed to possess magical powers, adorned the entrances to public buildings in Syria and Mesopotamia. In keeping with this tradition, the lions shown here are believed to have decorated the entrance to the Orthostat Temple at Hazor. The one on the right was found buried in a pit at the entrance to the temple. The one on the left was discovered reused in the foundations of a building in the upper city, constructed some 600 years after the Orthostat Temple was destroyed.