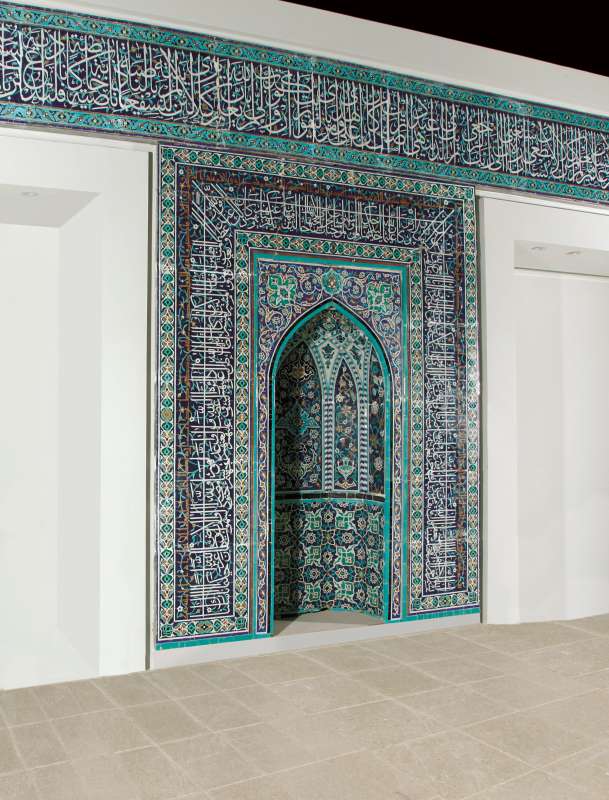 The mihrab - the niche in the center of the wall facing Mecca, toward which Muslims pray - is the most highly ornamented area in the mosque. In the 16th-18th century, mihrabs in Iran were decorated with mosaics, which were made up of small pieces of larger tiles that were glazed in various colors and cut into various shapes and sizes.
The inscriptions decorating this mihrab, in both the naskh-thuluth and kufic scripts, are from the Qur’an: the long upper band contains chapters 96 and 103; around the niche is chapter 48; and the outer frame contains chapter 89.