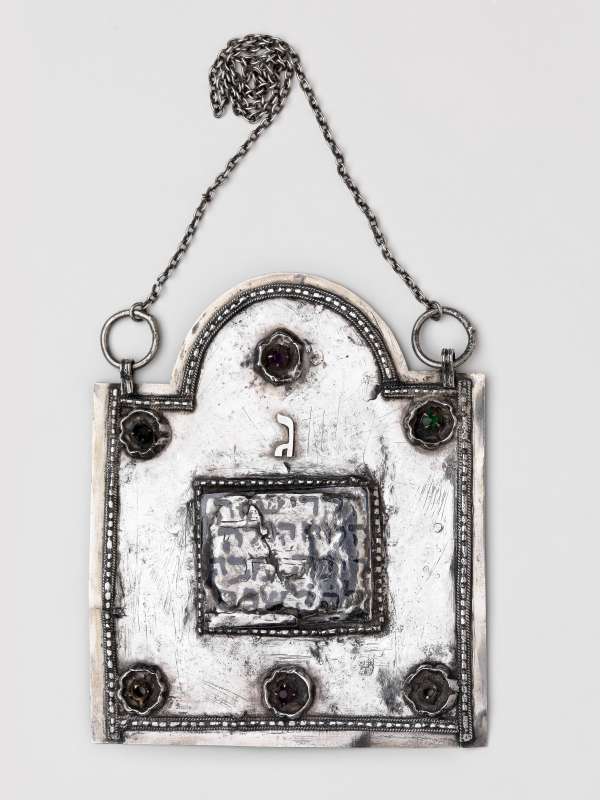 Inscribed in Hebrew: “Dedicated by the bride Dina, ‘most blessed of women in tents’ [Judg 5:24], to the holy community of Shekhem”

This Torah shield, that bears an inscription mentioning the local Jewish community of Shekhem, and two other Torah shields, 148/136 and 148/137, were found in Germany by Mordechai Narkiss, director of the Bezalel National Museum. They offer rare material testimony to this ancient city’s more recent Jewish settlement, which came to an end in the late 19th century.

The inscriptions’ Sephardic calligraphy and niello technique are clear evidence of the contact between the Jewish community in the Land of Israel and Spanish-Portuguese Jewry. Each shield is identified by a letter of the Hebrew alphabet (apparently a later addition). These letters indicated which reading the scroll was set at - the weekly portion, the reading for the New Moon, or the holiday reading.