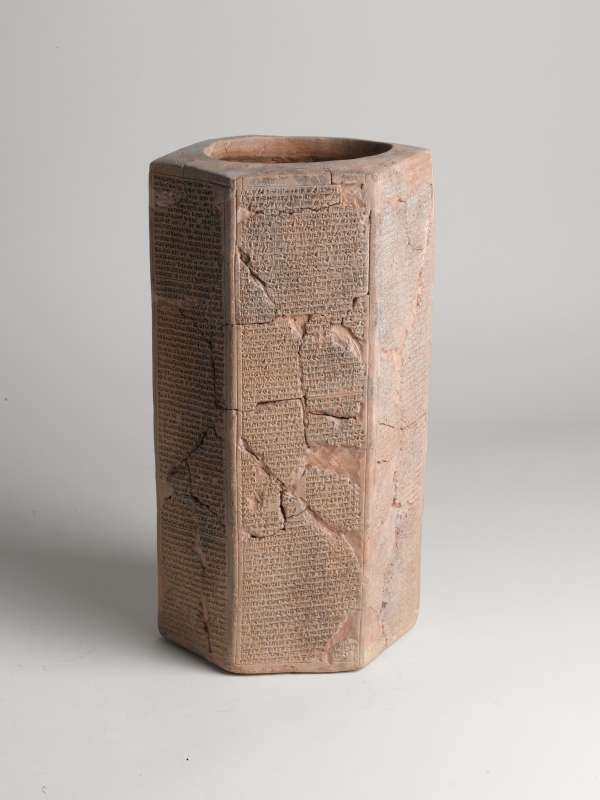 Victory inscription on a prism in cuneiform script

In this inscription, King Sennacherib of Assyria boasts of several military campaigns, among these the war against Judah: “And Hezekiah, King of Judah, who did not submit to my yoke, I laid siege to 46 of his strong cities, walled forts, and to the countless small villages in their vicinity . . . I besieged them and conquered them.” He describes the booty he seized and the numbers of captives he took - more than 200,000. Of the siege on King Hezekiah in Jerusalem he writes, “I made him a prisoner, like a bird in a cage.” Though Jerusalem was not destroyed, Hezekiah was forced to resume paying heavy tribute to Assyria.