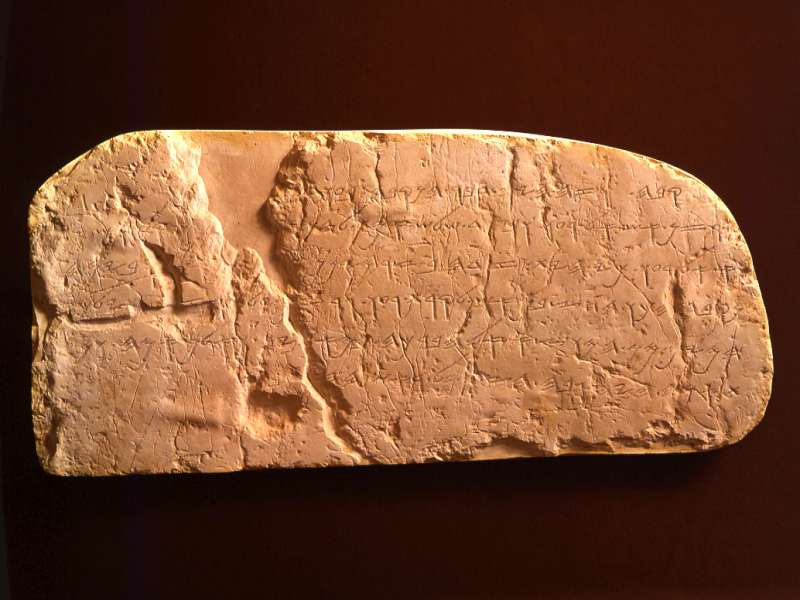 Original on display in the Istanbul Archaeological Museum.
As part of his preparations for the Assyrian siege, King Hezekiah ordered the construction of a tunnel to carry water from the outlying Gihon Spring into Jerusalem. The tunnel, 533 meters long, was a complex feat of engineering. This inscription, carved into the tunnel wall, reflects the workers’ personal commemoration of the exciting moment when the two opposing excavation teams met.

Inscription:
“… the tunneling (was finished). And this was the matter of the tunneling: While [the hewers yielded] the axe, each man toward his fellow, and while there were still three cubits to be he[wn, there was hear]d a man’s voice calling to his fellow, for there was a crack(?) in the rock on the right and [on the lef]t. And at the end of the tunneling the hewers hacked each man toward his fellow, axe upon axe. And there flowed the waters from the spring toward the reservoir for two hundre[d and] a thousand cubits. And a hu[nd]red cubits was the height of the rock above the head(s) of the hewers.”