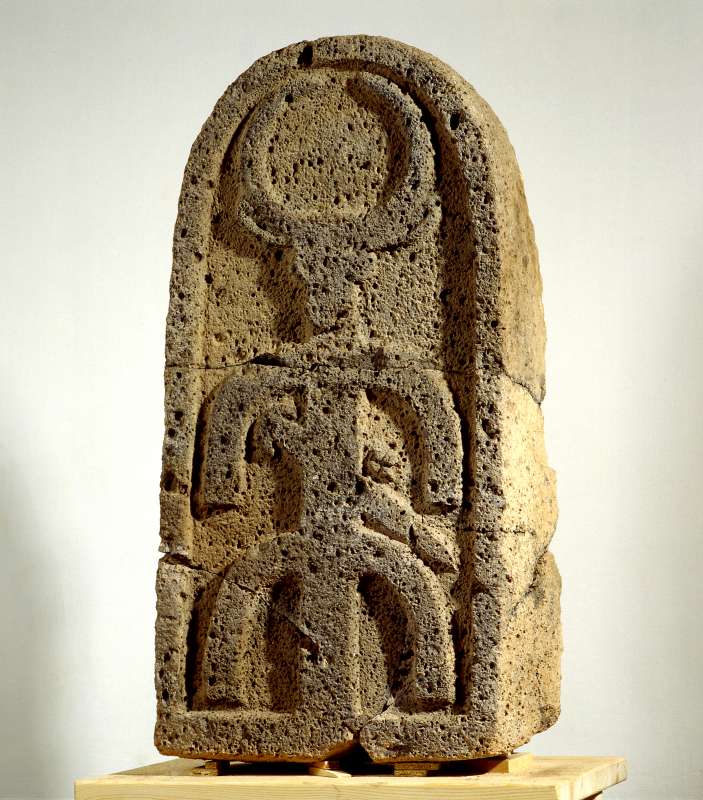 The Arameans comprised a number of kingdoms based north of Israel. The most prominent of these was Aram-Damascus, portrayed in the Bible as Israel’s bitter enemy.
This carved stone slab was discovered in the capital of the Aramean kingdom of Geshur, near the city gate. The bull-headed figure wearing a sword probably symbolized either the chief god Hadad, who was the storm god responsible for rainfall, or the moon god, who was responsible for the swelling of the rivers. Alternatively, it may have represented a fusion of the two.