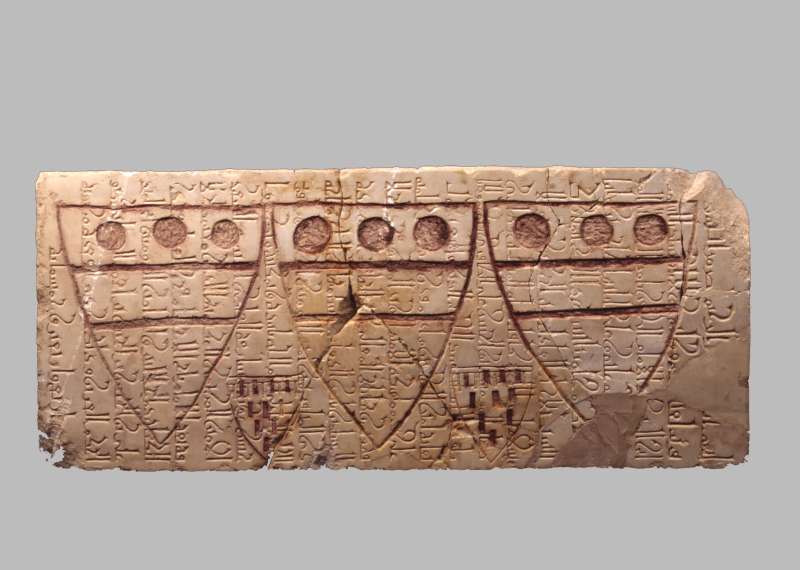 This plaque attests to the upheavals experienced by the city of Ashkelon over the course of a century of war. While the Arabic inscription commemorates the construction of the defensive wall built by the Fatmids againt the Crusaders in 1150, the coats of arms Sir Hugh Wake of County Lincoln in England carved over it to attest to the 1241 Crusader restoration of the city's fortifications as protection against the Muslims.

The inscription relates that in the year 1150, during the days of the Fatimid Sultan al-Zafir, a tower was built (in Ascalon) by the order of the Grand Vizer of Cairo. Construction was carried out by the governor and qadi (judge) of Ascalon. The inscription contains the titles and honorifics of these officials, along with prayers and blessings.