Holy of Holies from the sanctuary at Arad 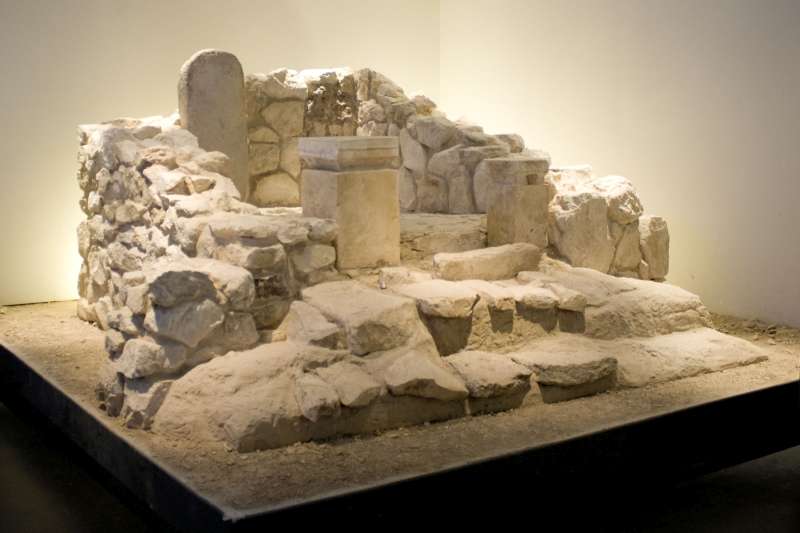 Holy of Holies from the sanctuary at Arad

A small sanctuary was uncovered in the Arad fortress on Judah’s southern border. It is the only Judahite temple ever discovered. Like most Ancient Near Eastern shrines, including the Temple in Jerusalem, it was composed of several spaces reflecting a hierarchy of sanctity. Deep inside was the Holy of Holies, with a smooth standing stone (biblical massebah), possibly signifying God’s presence, and two altars still bearing the remains of the last incense offered there.
The sanctuary was intentionally buried in the time of King Hezekiah, who sought to abolish all public worship outside the Temple in Jerusalem.