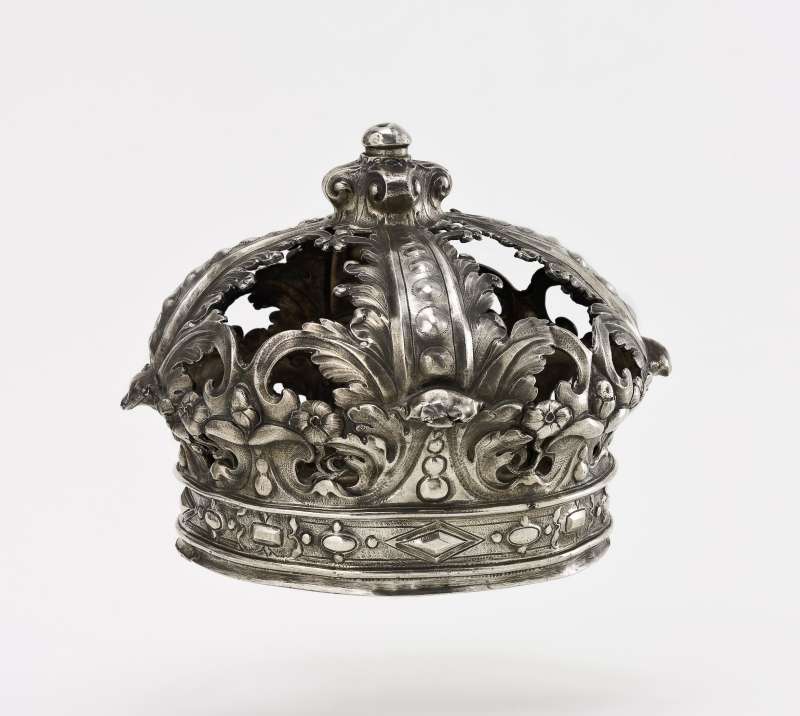 Permanent loan from the Jewish Community of Suriname

This Torah crown is a typical example of 17th-century Dutch silversmithing. The name of the donor, Semuel Coen Nassi, is inscribed on the back of the crown. A leading figure of the local Jewish community, Nassi purchased the land on which the first synagogue in Suriname was built and donated the money to erect it. He was renowned mostly on account of his role as a commander of the military unit that defended the property of the Jews against attacks by hostile natives.