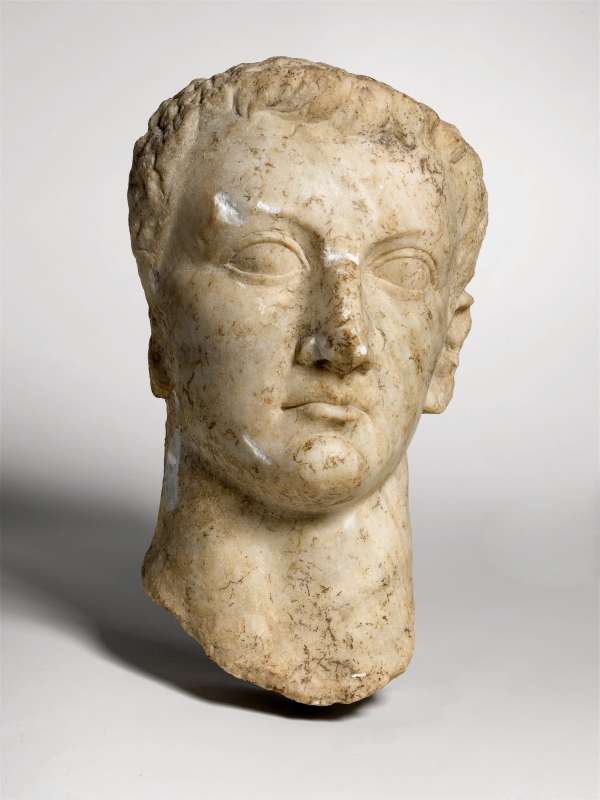 Gift of Colonel Henry Crown, Chicago, through the Jerusalem Foundation, in memory of his son, Robert

Tiberius Claudius Nero, son of Livia, was born in Rome 42 BCE. Adopted by Augustus in 4 CE as Tiberius Iulius Caesar, he become emperor in 14 CE. During Imperial times, rulers were depicted in a combination of both the idealistic Greek style and the traditional, realistic Roman portrait style, as exemplified by this portrait.