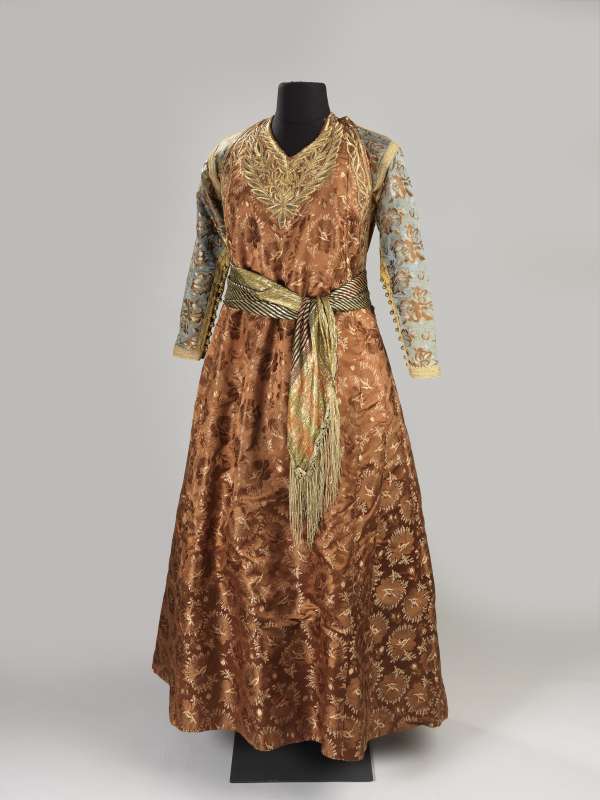 These garments, typical of Algerian Jewish women until the early 20th century, show the influence of territorial conquests, immigration, regime changes, and commerce on clothing. Such cultural influences are apparent in the rich metal-thread embroidery and its motifs, which originated in Spain, Morocco, and the Ottoman Empire.
The outfit consists of a sleeveless dress, a sash, and a jacket worn underneath the dress. Interestingly, the densely embroidered front of the jacket is concealed, with only the sleeves showing. This indicates the importance that was accorded to beauty, even when hidden.