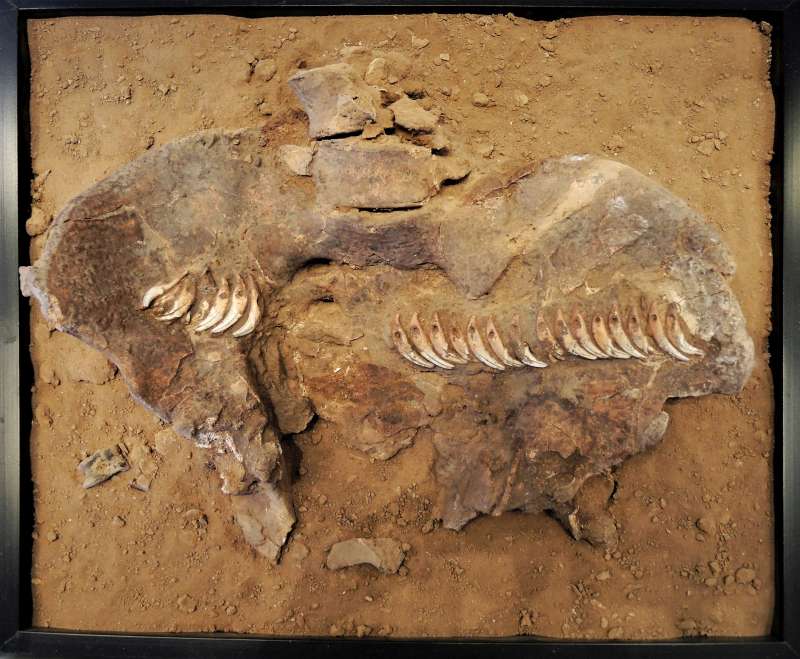 Personal ornaments, such as necklaces, were common in the Natufian culture. Some were found in graves, where they formed part of the deceased’s costume or were deposited as grave goods. In this grave, unearthed in Hayonim Cave in the western Galilee, dozens of beads and perforated fox teeth were found which had been used to decorate the body of the woman interred there. Additional goods were also discovered in the grave. It is possible that the fox teeth symbolized the woman’s affiliation with a particular group or signified a special social status.