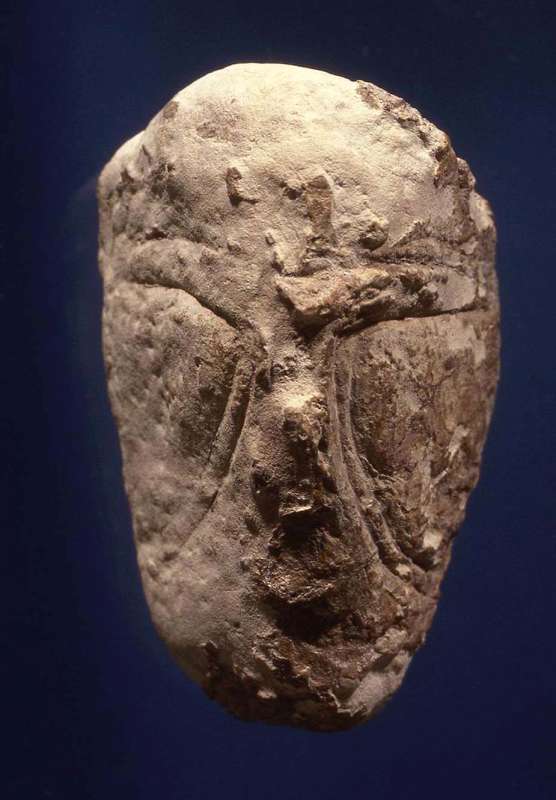 This figurine, depicting a human head, is one of the few known human figurines from the Natufian culture. It appears to have had spiritual significance for its producer or owner. The figurine reflects the social change that took place among the Natufians: the transition to permanent settlements. With this transition, people were forced to develop strategies that would enable them to deal with the challenges created when, for the first time in human history, a large number of people lived together in the same place. Among these strategies was the emergence of a belief in deities or spirits and the production of figurines and ceremonial objects - the seeds of religion.