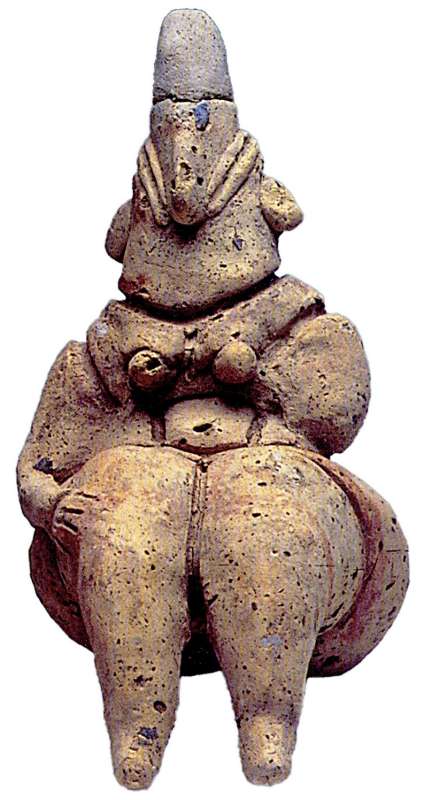 The first gods appeared among agricultural communities some 8,000 years ago, and among their earliest representations were clay figurines in the shape of a female goddess. The goddess’s eyes, resembling cereal grains or date pits, represented fertility, and the red pigment, traces of which survive, symbolized earth and life. The high headgear recalls the headgear of rulers and gods in Ancient Near Eastern art.