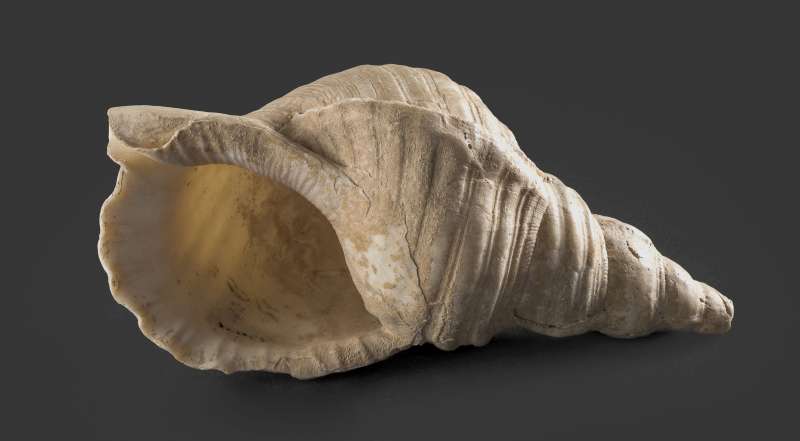 This triton shell was discovered at the top of Mount Harif in the Negev Highlands. It is similar to shells found at other prehistoric sites, which are believed to have been used as musical instruments in cultic ceremonies. Though its narrow end is still closed, it is possible that the shell had not yet been perforated, and thus it may have served the same function as the others. The shell originates in the Red Sea, more than one hundred kilometers away from Mount Harif. It apparently reached the site by means of a barter chain.